We're not sure how we feel.

A sexual behavioural expert sparked outrage after appearing on This Morning.

Kate Dawson explained that she typically works with secondary school students, but has worked with children as young as eight. 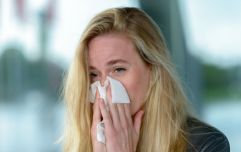 END_OF_DOCUMENT_TOKEN_TO_BE_REPLACED

"I think it's really important to start talking about how it's normal to explore your own body in a private space, if that's something you want to do, and that it can feel nice."

"It's because we're meeting a lot of young girls particularly who are absolutely disgusted by their genitalia."

"We do this activity where we show a very realistic kind of illustration of the vulva and the penis. We take the penis out and there's a big laugh, everyone finds it really funny, and then we take the vulva out - you sometimes hear, 'Oh my god, that's disgusting'."

"I think there's a lot of pressure on young girls to have genitals to look a certain way."

She continued, citing pornography as the reason why people feel self conscious of their genitals. 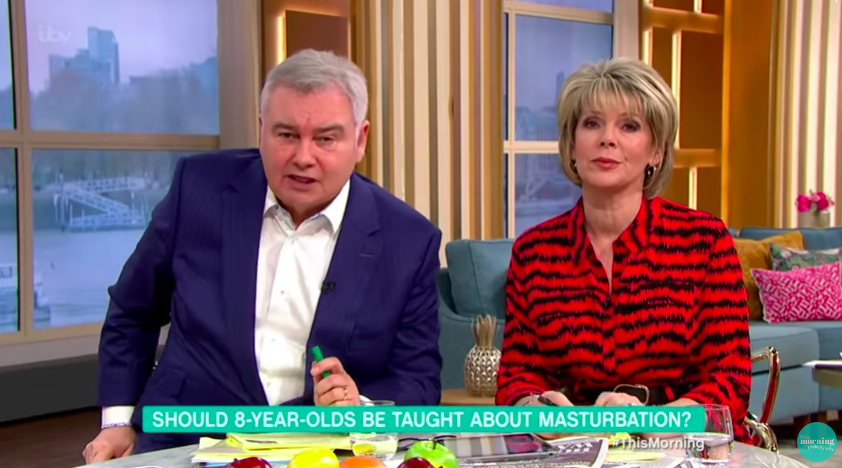 "But when we're talking about self-pleasure and what it's like, and what might feel good for a person who has a vulva or a penis, it's really important for the person of the opposite gender I guess, can have an idea of what it might be like."

"Because sometimes we're talking to young girls and they're being really badly hurt by their partners who don't understand you have to be quite gentle with that part of the body. Physically hurt. Where their vagina might be bruised or cut even." 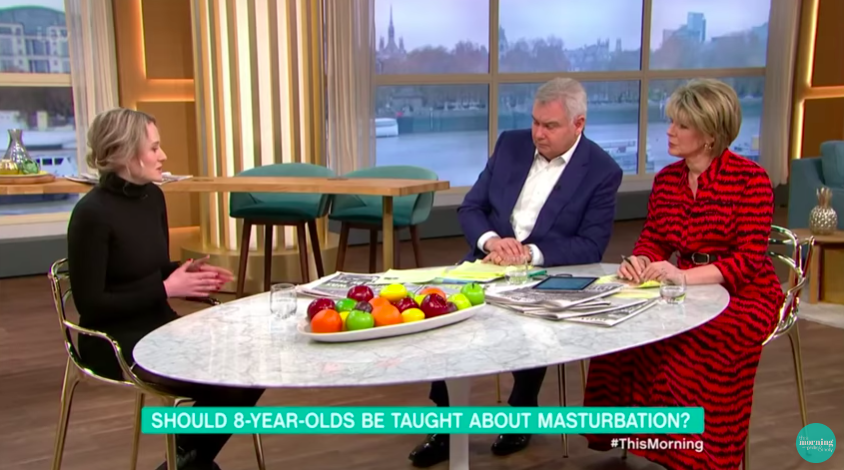 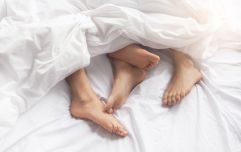 Sexual Experience Survey results: Over half of Irish women believe orgasmic sex is one of the top three greatest pleasures in life

END_OF_DOCUMENT_TOKEN_TO_BE_REPLACED

However, viewers were NOT happy, and used Twitter to show it!

popular
Meabh Feerick passes away after sharing that she felt "let down" by Irish healthcare system
Stacey Solomon mortified after walking around shop in see through leggings
Vicky Pattison thanks fans for support after doctors find ovarian cyst
Liveline listeners call for RTÉ's new property show to be scrapped
Why Are Men so Obsessed With Boobs? The Answer is Pretty Surprising...
Gwen Stefani reportedly pregnant with baby number four
Here's what happens on every day of your menstrual cycle (roughly)
You may also like
1 week ago
'Voice-fishing': the latest dating trend everyone's paranoid about
2 weeks ago
Three months is plenty of time to fall in love, and to have your heart broken
3 weeks ago
'Golden penis syndrome' might be the reason we're always getting ghosted
1 month ago
Are we really still debating whether contraception is a good thing?
1 month ago
Channel 4 viewers not able for documentary about threesomes
1 month ago
"My mum and I share my husband - it brings us closer together," says TikTok star
Next Page