The reality of Fatal Foetal Abnormality: 'We couldn't go to our baby's funeral...'

Tracey Smith from Mayo was 22 weeks pregnant when she found out her baby had a Fatal Foetal Abnormality.

"After many examinations by experts, our baby was diagnosed with Thanatophoric Dysplasia. This condition meant her bones were measuring short (at 23 weeks she was measuring 12 weeks). The fatal part of this condition causes the chest cavity to not grow enough for her heart and her lungs.

"So upon birth when babies try and inhale for the first time, my baby girl would die from respiratory failure as her chest cavity would crush her lungs. With this diagnosis death is not peaceful; they struggle until they pass." 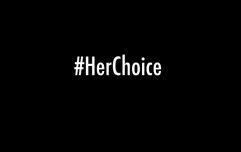 END_OF_DOCUMENT_TOKEN_TO_BE_REPLACED

Tracey and her husband were devastated by the terrible news that their longed for baby had a terminal diagnosis.

"I couldn’t bear this to happen my baby, my dad died from lung cancer, I watched him take his last breath. How could I watch my tiny baby struggle to breathe and then pass away… I couldn’t." 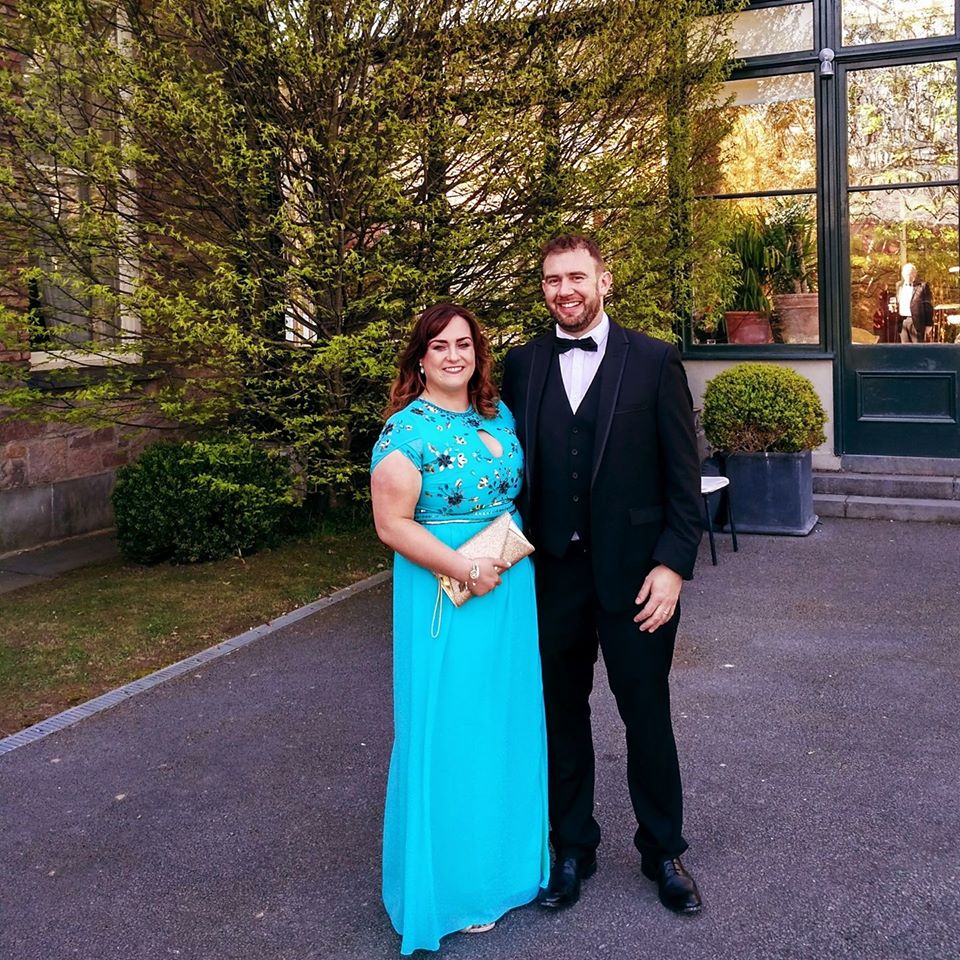 Tracey didn't want her baby to suffer, she asked her doctors when she would be induced. 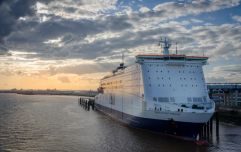 The Eighth 'robbed us of the right to grieve with family', says woman who suffered FFA

END_OF_DOCUMENT_TOKEN_TO_BE_REPLACED

"My consultant told me they can’t induce early if there is no risk to the mother, as it's against the law in Ireland.

"My baby was dying, her movements were weakening and she would inevitably die from respiratory failure but this wasn’t enough to stop her hurting anymore. I had to be at risk."

Four weeks later, Tracey and her husband left their children with relatives and travelled to Liverpool Women's Hospital.

"We travelled on Paddy's weekend amongst hen parties and revellers. The midwives at the hospital took over my care, they were angels to me and my little girl." 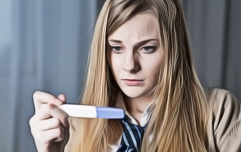 Where do you actually turn if you have a crisis pregnancy in Ireland?

END_OF_DOCUMENT_TOKEN_TO_BE_REPLACED

Despite the expert-diagnosis Tracey was still holding out hope that the doctors in Liverpool might give her better news.

"I remember saying to my husband that morning before the final scan to check Grace, that they may have made a mistake in the two hospitals we were in in Ireland, we might get good news. But the doctor scanned me for over an hour and confirmed the diagnosis along with the devastating news that Grace’s lungs were no longer in her chest cavity, they were either crushed already or just didn’t develop.

"I knew at that moment that having an early inducement was 100 percent the right thing to do for that tiny baby.

"After 36 hours of an agonising labour, Grace arrived silently into the world. She was stunning, the most beautiful little angel with a button nose and chubby cheeks. She had dark hair and gorgeous plump lips. Her face was perfect and her body was tiny, she was so peaceful.

"I've never experienced feelings like that before, I was holding my child but she was never going to look into my face, or yawn or cry for food. She was still."

Tracey and her husband Kieran spent a precious few hours with Grace.

"We held her all day and talked about what life she would have had. A priest came and gave her a little blessing. We had a nap with her beside us and dressed her in a beautiful outfit the midwives gave us.

"At 5pm we had to leave her as we were booked to fly out. The hospital had  a little nursery made up for Grace, it had a cot and table, teddies and a beautiful mural of angels on the wall. 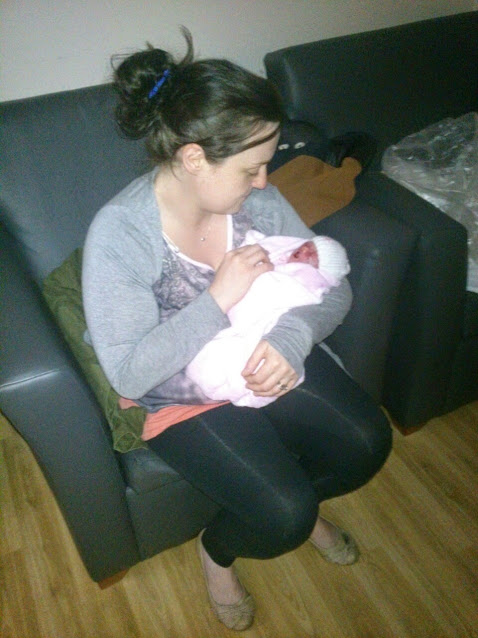 "After we said our goodbyes, last cuddles and kisses we placed her in her cot all wrapped up cosy with her teddy. My midwife came in and took over looking after her."

"I sometimes can’t believe I actually had to do this, I had to leave my baby in another country. How cruel it is that we had to do this? It actually leaves me speechless."

She continues: "We arranged Grace’s funeral from the prayers, right to the music I wanted played. It took place in a church in Liverpool two weeks after she died. The priest who blessed her did the funeral and a midwife attended."

Grace's broken-hearted parents were unable to attend their daughter's funeral as they couldn't afford to return to Liverpool for it.

"I had to wait three weeks for Grace to come home. Her ashes arrived by courier. A man knocked at my front door with my daughter’s remains waiting to be signed. I find it hard to believe this is something parents have to go through, did I actually have to sign for my daughter’s ashes like an order from Asos? 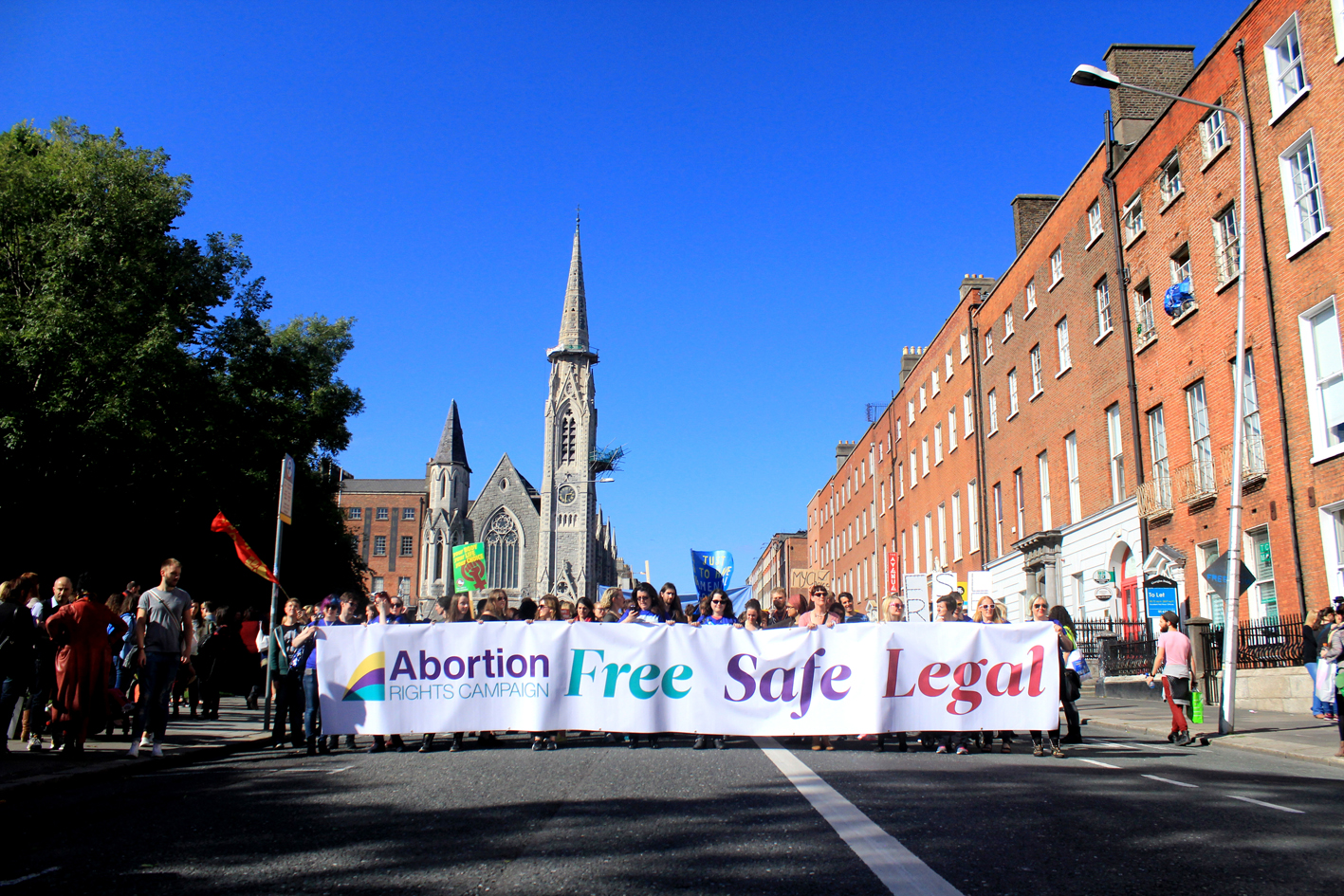 "Grace’s ashes sit on a shelf in our living room and we bring her to our bedroom at night, there are photos of Grace in every room of our house and I sleep with her teddy. Grace is very much part of this house like the other kids.

"Unfortunately due to the cruelty of this country none of her family could meet her and say goodbye."

Tracey feels particularly angry that none of her other children or family were able to meet Grace and offer them support in their darkest moments.

"Youth defence will say you could have stayed and continued the pregnancy and your family would have got to say goodbye to your daughter.

"Well I did continue to carry Grace for four weeks after her diagnoses. During those four weeks, I was failing my children, I was not coping as a mother or as a wife, or as a normal functioning person. I knew what was going to happen upon Grace’s birth and I kept imagining it, her pain, taking her last breath, struggling to breathe.

"I couldn’t cope with the present situation and I knew what was to come was going to break me. So, I decided to induce my pregnancy early, and I did it for my children and to save Grace from a horrific death upon birth." 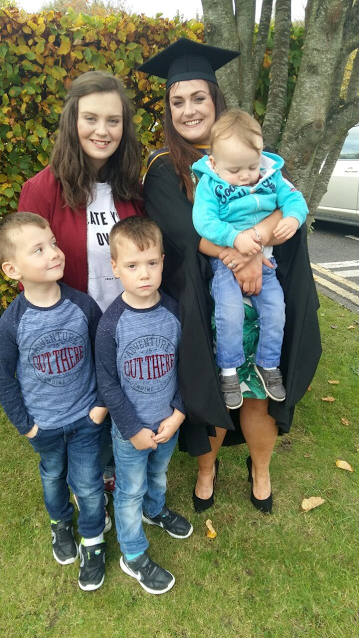 Last Saturday, Tracey was in her hometown in Mayo shopping when she encountered Youth Defence on their roadshow.

"When I was crossing the road I spotted this group setting up their vile, disgusting, hate-provoking posters and tents. I had decided to give them a dirty look and walk past quickly. But once I got closer I spotted a sign that made me feel immediately nauseous. It felt like someone had literally got a knife and ripped open my old wound.

"It read 'Fatal Foetal Abnormality is not a medical term'. I immediately stopped and asked the young man that was standing with his pamphlets what this sign meant. He replied in broken English: 'There is no such thing as a fatal foetal abnormality, it is not true'. As you can imagine I saw red. As quietly and as calmly as possible I said, 'My daughter HAD a Fatal Foetal Abnormality, and she died because of this fatal condition!' He looked at me blankly. He hadn’t a clue what to say."

Tracey was distraught after the encounter and entered the nearest shop to try and calm down and distract herself.

"I realised I was shaking, physically shaking. I had so much anger and grief building up inside me if I didn’t speak to someone who could understand I was going to explode right there in the kid’s shoes section. I messaged my husband because I knew I wouldn’t be able to get through a phone call coherently.

"I felt trapped, I knew I had to leave the store but to do this I had to walk past those people again. So, I walked around the store, the whole three floors."

"I was ready to walk out of the store and face them again. I walked past the tent and looked for the person in charge. He was in his mid-30s with a very young girl helping him. I asked him, 'What would you know about it?' Again I received a blank stare in reply. The young girl also just looked at me.

"It made me realise these people are completely uneducated and thrive only off their graphic propaganda. They have no clue how the 8th Amendment has affected lives forever. They have no clue that because of the 8th amendment my children never got to meet her sister.

"Youth Defence are not helping to save anybody, they are cruel people who cut open wounds for women like me. They have no compassion. Even just being able to walk down the street took a long time for me to do when I lost Grace, I was so broken. Walking down the street yesterday and being met with those evil, disgusting words tried to break me again but I had the support of thousands of women just like me, the support of my experience and I had an angel around me." 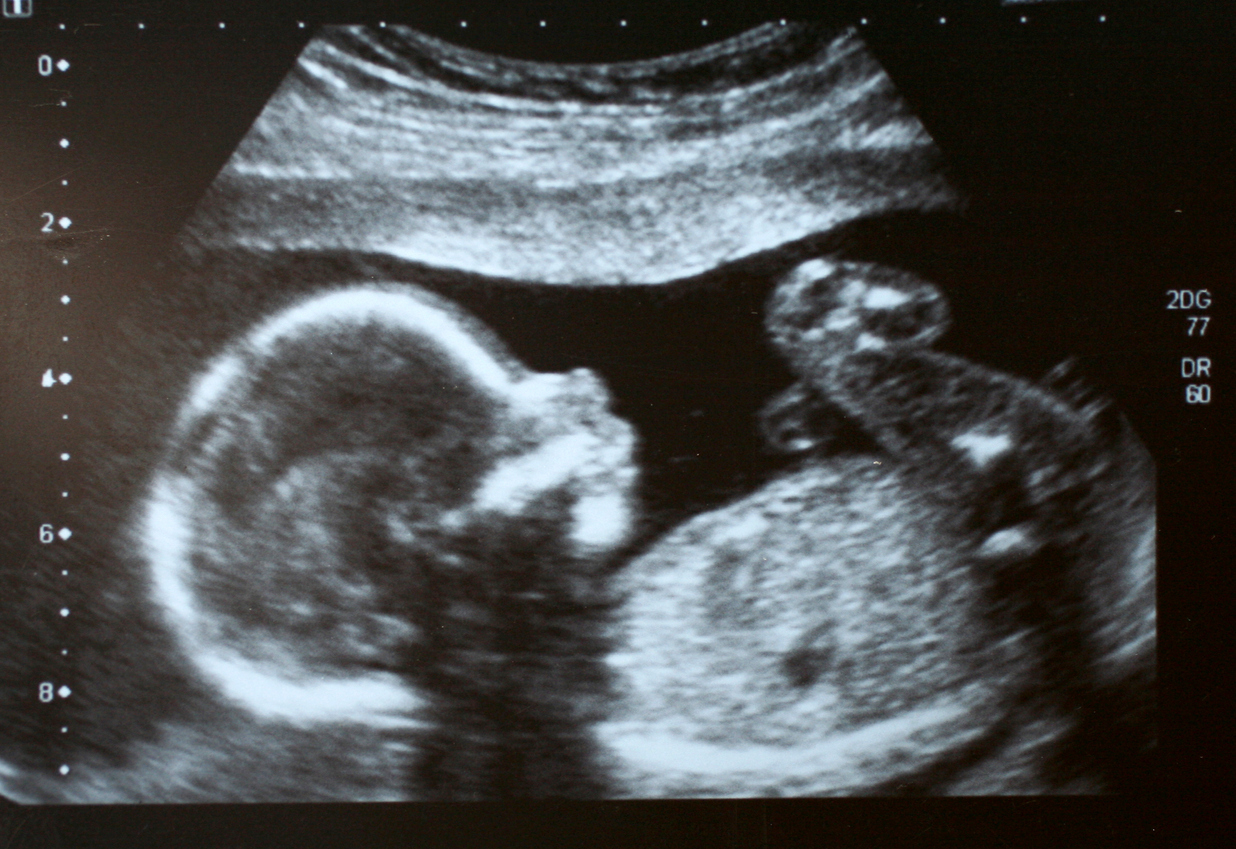 Tracey would like to see the 8th amendment repealed so that no more women have to suffer the way she did.

"Every woman should have the right decide what to do whether it's FFA, rape or simply because she doesn't want to be/cannot be pregnant. Unfortunately no one will ever be able to stop the devastating occurrence of much-wanted babies being diagnosed with fatal conditions, but if their decision is to induce early they should be able to simply request it and be supported by their medical team, midwives and doctors.

"Instead of having to think about flights, hotels, planning funerals hundreds of miles away, receiving their baby's ashes via courier and worrying about where to find the £5000+ that all of that costs."

Tracey feels that Grace has changed the way she looks at life.  "Grace was with me for just 28 weeks but she left me with a lifetime of love."

popular
Couple, both 100, die holding hands just hours apart after being married for almost 80 years
Vogue Williams deems David Beckham a "sh*tebag" over World Cup deal
Here's an early look at the huge range of arts & crafts toys coming to Lidl this month
WIN: A €100 Maxol fuel voucher and a festive hamper for yourself and one for a friend
QUIZ: How well do you really remember Love Actually?
Tom Parker's wife suffers more heartbreak just nine months after husband's death
Kourtney Kardashian gives huge update about stopping her IVF journey 10 months on
You may also like
1 month ago
Savita Halappanavar march: How far have abortion rights in Ireland really come?
6 months ago
Louise O'Neill: "It sometimes feels like we need to share our stories to be accepted as humans"
8 months ago
National Women's Council call for three year abortion review to be accepted by government
1 year ago
Vigil held at the Dáil to mark nine years since Savita Halappanavar's death
1 year ago
Judge temporarily blocks Texas abortion law
2 years ago
Two years since Repealing the Eighth, Ireland shares its #RepealMemories
Next Page