If you do one thing this lockdown, do 3o Days of Yoga with Adriene.

I entered into my month-long challenge with trepidation, concern, and the world's worst yoga mat. It cost less than a tenner and acted more like a long towel than a piece of actually decent gym equipment.

I wanted a distraction but I also wanted a routine; something to force me to get out of bed before 8.45am. I wasn't just rolling over, throwing on some leggings, and going to my usual workspace at the kitchen table. I wanted to feel able for the day. I wanted to be awake. 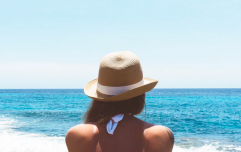 END_OF_DOCUMENT_TOKEN_TO_BE_REPLACED

Yoga with Adriene isn't like other YouTube workouts. Having done my fair share of them since the pandemic began, I had grown weary of instructors in full faces of makeup expecting me, a normal human being, to do 200 deep squats followed by a five minute plank without breaking a sweat.

Adriene doesn't expect anything, she just wants you to show up - and she'll thank you for doing so too. According to her, that's the hard part. Once you're on the mat, it's easy.

For the first few days, I struggled. I considered skipping, I lamented waking up earlier, I realised that I had little to no strength in my wrists and I ruminated on that discovery for approximately five days.

But after that first week passed, I found myself enjoying waking up earlier. I was looking forward to seeing what way my body was going to be tested each day. I was excited to drop from warrior 2 right through to cobra. I craved the release of extended child's pose.

Adriene is okay with you not able to touch your toes. She doesn't mind if you want to pause the video for a breather. She fully understands that only a small percentage of people will be able to lift themselves up into crow's pose without crashing into a mangled heap.

There's an understanding that everybody's fitness level is different, a complete lack of judgement that's often absent from workout videos and influencers who want you to ruin yourself and leave you feeling bad about it afterwards.

Despite having millions of viewers, Yoga with Adriene manages to be entirely personal. She's speaking to everyone but she knows exactly when your legs are shaking. She's talking to her whole channel but she somehow knows exactly how far you can go.

On day 30 of the challenge, Adriene takes off her mic and encourages viewers to freestyle. For a full 40 minutes I was without guidance, creating an entire yoga class using the skills and transitions that she had taught me over the past month.

A brief moment of panic was quickly replaced with a self assurance that I was going to be fine. I could navigate an entire session on my own. I knew what my body could do and I knew just how far to push. I remembered the breathe. 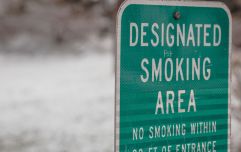 END_OF_DOCUMENT_TOKEN_TO_BE_REPLACED

I had always believed yoga to be a means of relaxation, a way to switch off, a good stretch of otherwise ignored muscles.

I had never considered it to be a form of strength building, an actual exercise that would leave me in a sweat or with a rush of endorphins that was usually reserved only for a particularly intense spin class or a panicked run for the bus.

I hadn't expected it to be something I would be eager to take with me past the 30 day challenge. And I definitely didn't think it would be something I looked forward to every morning.

And as we ease into 2021, there's a desire to hit the ground running, but maybe there's also a time to breathe.

To take some of the independence nurtured during such an uncertain time, to remember what it feels like to actually enjoy your own company.

And to reserve a half an hour in the morning just for me, extended child's pose, and my extremely shitty mat.

Girls With Goals || Her · Ep.161: Feeling Peachy - Sharon Keegan of Peachylean on being an absolute BOSS!
popular
Friends fans spot massive body double blunder in episode rewatch
TikTok star sentenced to 10 years in prison over "human trafficking"
The DIY frozen coffee recipe that's so delicious you'll never pay for an iced latte again
Indoor dining return on July 5 could be in jeopardy over Delta variant
Newborn needs 13 face stitches after being cut during emergency C-section
Couple who can't agree on child’s name decide to each call her different things
Andrew McGinley doesn't "feel like a dad anymore" after tragic deaths of children
You may also like
5 days ago
WHO plan says women of "child-bearing age" shouldn't drink alcohol
4 weeks ago
"Unimpeded" travel abroad without tests or quarantining could return by July, says Stephen Donnelly
4 weeks ago
Just one in 10 GPs providing abortion services in Ireland, says report
4 weeks ago
Dogs can detect Covid in under a second, according to study
1 month ago
Are you 'languishing'? The pandemic-fuelled problem that's taking over 2021
1 month ago
"You don't feel like you're sick enough:" Meet the Irish blogger fighting for eating disorder treatment
Next Page