If you didn't already know the incredible gift that the majority of the Kardashian/Jenner brood gifted to momager Kris Jenner, then you need to remove yourself from that rock you've been living under.

The year was 1985 and Kris Jenner tried (and failed epicly) starting her music career with the banger that was 'I Love My Friends' which was accompanied by a mortifying video.

For Kris' 60th birthday in 2015, Khloe, Kourtney, Kim, Kylie and Kendall teamed up to serenade their mother with her classic hit from 20 years ago.

END_OF_DOCUMENT_TOKEN_TO_BE_REPLACED

While the rehearsed, highly rehearsed video that the Kardashians produced seems a million miles away from any Irish birthday we've ever seen, I am happy to inform you that seven brave, creative Irish girls re-enacted that legendary video to surprise their friends, Caren McHugh and Ailbhe Noonan, for both their 21st birthdays. 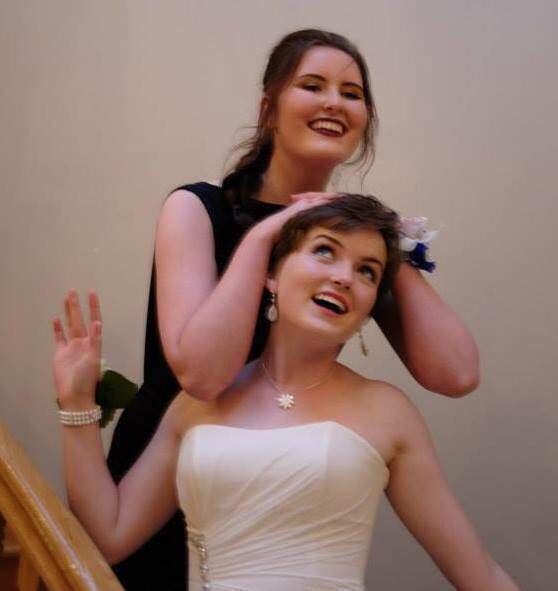 END_OF_DOCUMENT_TOKEN_TO_BE_REPLACED

Instead of filming the glamorous locations like Rodeo Drive and Sunset Boulevard, the girls filmed their favourite places like Diceys, UCD and Everleigh Gardens... and IT IS CLASS.

The clever gang got dogs, parents, cars, Shrek, heck even the Eiffel tower involved to tell both Caren and Ailbhe how much they love them. I DARE YOU to watch this and not tear up at least twice.

Thanks to Caren for sending this video in, if you have something you'd like to share with us, get us on Twitter here, on Facebook here or you can drop a line to hello@her.ie.

popular
Fundraiser set up for boy attacked by pit bull in Wexford
Kylie Jenner shuts down claims she used her children to cover up for Balenciaga
It looks like Harry Styles and Kendall Jenner could be getting close again
Jill Scott admits she gave Owen Warner extra food at meal time
The trailer for Channel 4's Vardy V Rooney: A Courtroom Drama has dropped
Fair City star Jenny Dixon shares her twins' gender in sweet video
Gwen Stefani reportedly pregnant with baby number four
You may also like
3 months ago
Irish person dies after drowning in Spanish resort swimming pool
6 months ago
Irish lad heading to Love Island villa as contestants are announced
6 months ago
Louise O'Neill: "It sometimes feels like we need to share our stories to be accepted as humans"
6 months ago
Tributes paid to Irishman found dead in LA after missing for weeks
9 months ago
You can now get an Irish language version of Wordle
10 months ago
A documentary about two Irish boys who skipped school to go to New York is coming soon
Next Page