A brief history of body positivity

All hashtags, all popular on Instagram, and all representative of the same thing: body positivity.

END_OF_DOCUMENT_TOKEN_TO_BE_REPLACED

The past few years have seen an explosion of what has been recently dubbed as the body positivity movement -  a social media campaign all about loving your body no matter its shape, imperfections and all.

While many people associated the body positivity movement with the late 2010s, Instagram, and its hashtags, the movement's origins are actually a lot more nuanced - and a lot more focused on bodies that have historically not been accepted by Western society.

So, here we go, back to the 1960s (yes, that early!), where the body positivity movement first began. 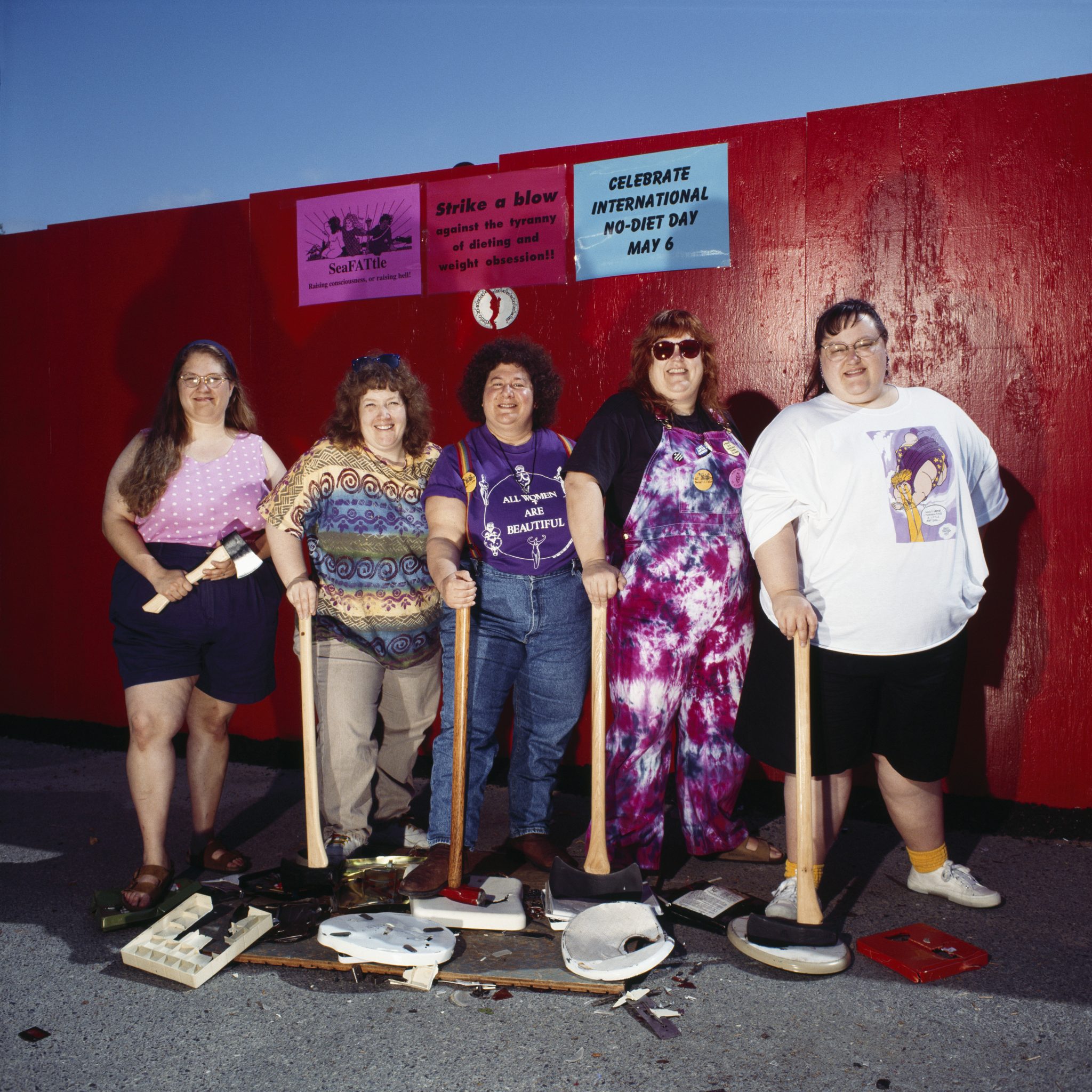 END_OF_DOCUMENT_TOKEN_TO_BE_REPLACED

Initially dubbed the Fat Acceptance Movement, the campaign for the normalisation of bigger bodies in society began in New York City in the late 1960s.

The founding of the National Association to Advance Fat Acceptance (NAAFA), previously known as the National Association to Aid Fat Americans, triggered a new interest in "fat liberation." The group's central philosophy of “change society, not ourselves” is very much still seen in the body positivity movement today, even if the term 'body positive' was nowhere to be seen 50 years ago.

Writing for the BBC, NAAFA chair Tigress Osborn says that the movement wanted equal rights for fat people, and that they were largely influenced by the civil rights movements in the States decades earlier. But despite the prevalence of people of colour in the fat liberation movement, their voices were often shut out of the conversation.

END_OF_DOCUMENT_TOKEN_TO_BE_REPLACED

"They thought trying to take on more than one issue at a time might dilute their message," writes Osborn. "Plus, many white activists believed that because Black communities and other communities of colour seemed to be more accepting of fat people, that meant fat People of Colour simply didn’t need fat activism." 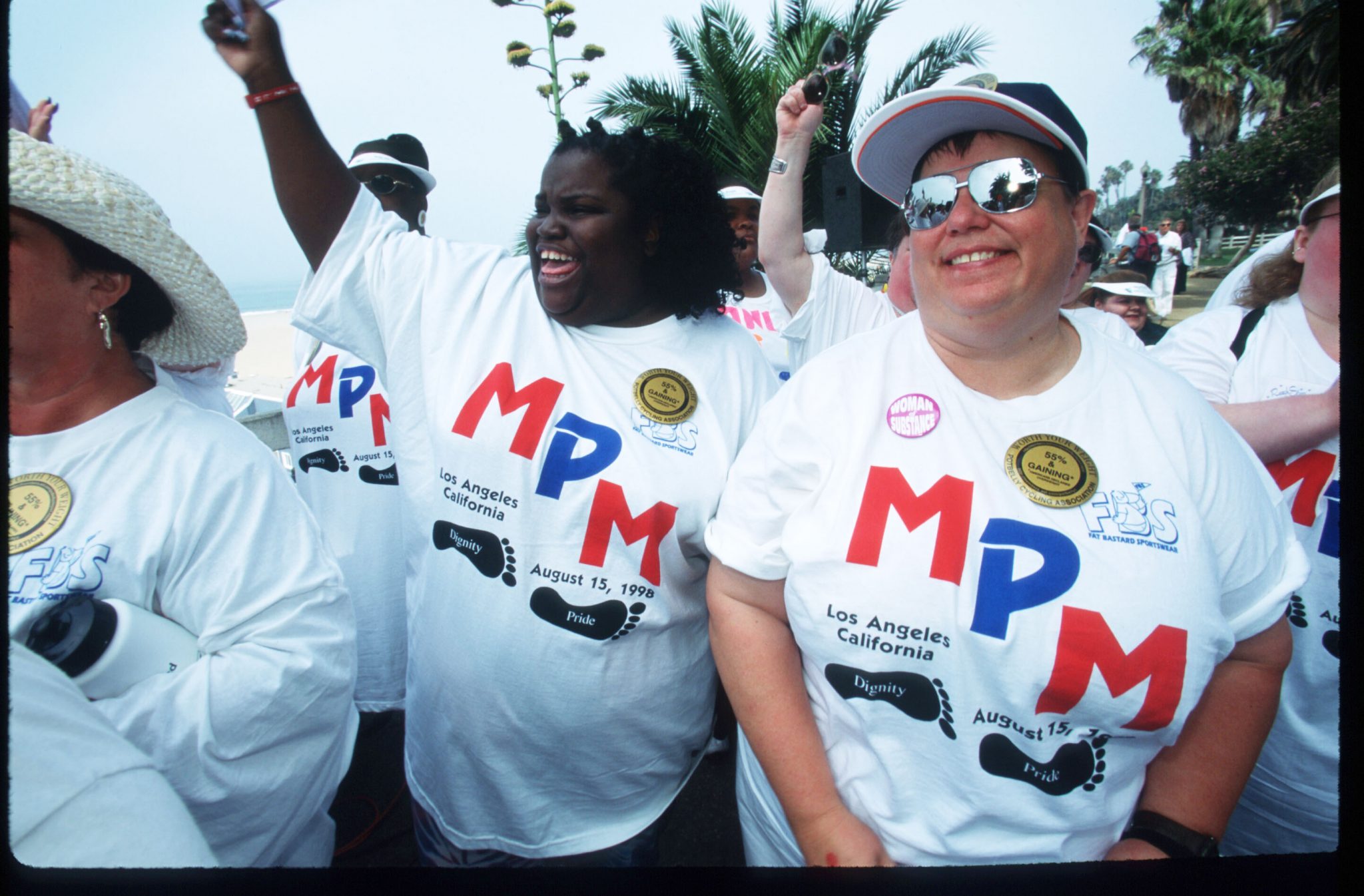 Members of NAAFA at the Million Pound March in 1998
Advertisement

As the decades past, the Fat Liberation movement had spread beyond New York and the States, eventually settling in other major cities like London.

In the 1980s, the London Fat Women’s Group was formed. The first UK group dedicated to tackling the discrimination of fat women, it ran until the end of the decade, marking the end of the first wave of fat activism.

The '90s saw the second wave of fat activism as campaigners began appearing on TV, in newspapers and magazines. Here, they discussed their experiences in a society unaccepting of bigger bodies, and spoke about the dangers of the diet industry - that was already well on its way to becoming the multi-billion dollar beast that it is today.

At this time, however, models with bigger bodies never walked major runways like those at New York Fashion Week. “I would sit in the front row, when I was with Revlon,” Emme said. “I kept on thinking, ‘How funny is this?’ I’m able to watch this, but I wonder if any of the gals could be on this runway." In 2017, Emme made her NYFW debut, at 54 years old. 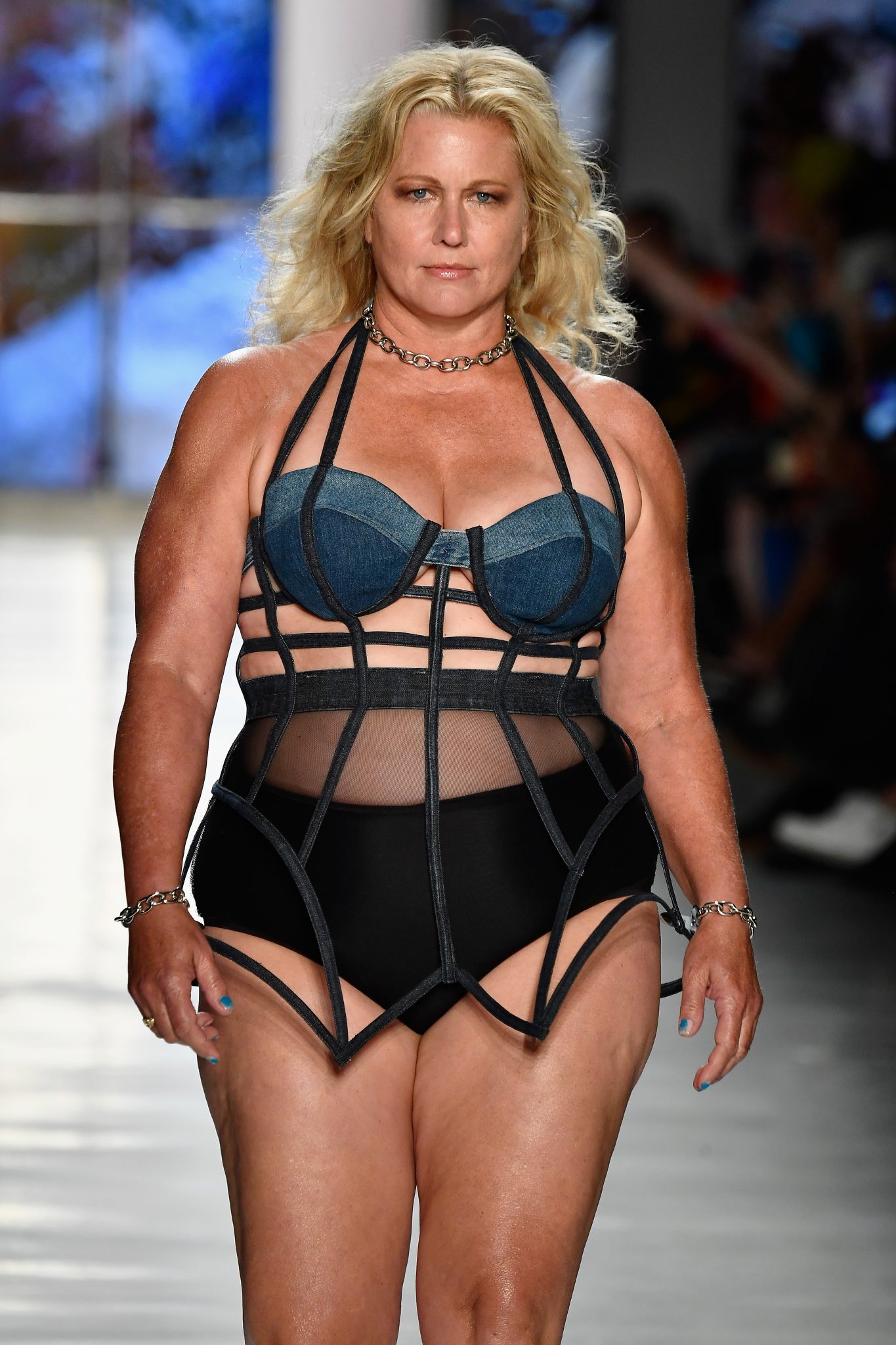 Other notable plus size models of the 2000s include Nadia Aboulhosn, Ashley Grahame, and Tess Holliday - the latter becoming the largest plus-size model of her size and height to be signed to a mainstream modelling agency in 2015.

Holliday, a body positivity advocate, started the #EffYourBeautyStandards hashtag in 2013 - a campaign aimed at embracing all body shapes, no matter how big or small they are.

Holliday's hashtag may have been one of the first, but it certainly wasn't the last. The significance of social media, and particularly Instagram, in the body positivity movement cannot be denied as more and more people across the globe were soon being exposed to the 'love the skin you're in' message.

#BodiPosi, #BoPo, #CelebrateMySize, #PlusSize, #PlusIsEqual - you name it, chances are there's a body positive related hashtag. There are also plenty of people, celebrities and otherwise, embracing the movement without necessarily calling it that. They're just people with bigger bodies, posting pictures, and feeling good about themselves.

Among them is the incredible Lizzo who posts bikini pics for days, model and artist Essie Dennis, sure to give you natural lighting envy, and the gorgeous Precious Lee, who last year made her Vogue cover debut.

Where body positivity was once about the acceptance of people with larger bodies and the prevalence of fat activism, it has since become a means of self expression and empowerment.

And while this message is a positive one and ideally should be internalised by all, oftentimes it's not predominantly those with larger bodies who are benefiting from this new found #BoPo.

Unfortunately, the #bodypositive hashtag on Instagram is dominated by slimmer, white users who are straight sized, many of whom would have no issue getting a job, being discriminated against, or buying clothes to fit their body.

Where some say the movement's goal has shifted, others say it has been hijacked. But outside of the hashtag, perceptions do continue to be challenged. For the first time in our lives, we are seeing more and more people with larger bodies in mainstream media - in TV, in films, and not just playing the chaotic character who's only there for comedic effect.

The body positivity movement - and the fat acceptance movement - has changed since its inception. Some say for the worse, some say for the better, but what remains is the fact that we are seeing more diversity when it comes to body types these days, both on screen and off it.

popular
Parent's Benefit Leave in Ireland is being extended from today - here's what you need to know
Saoírse Ruane's mum shares her daughter's anxiety over doctor visits
Drama series about Maxine Carr and Ian Huntley is filming in Dublin
10 stunning and affordable outfits that are perfect for a summer wedding
Love Island's Gemma finally tells villa about dad Michael Owen on TV
Irish girls name was the most used Irish name in the United States last year
Love Island: Danica sets her sights on Andrew as Luca asks Jacques about his relationship with Gemma
You may also like
8 hours ago
Love Island's Gemma finally tells villa about dad Michael Owen on TV
3 days ago
BBC Radio 1’s Adele Roberts announces she is cancer-free in emotional statement
2 weeks ago
Double-decker aeroplane seats could become a thing soon, unfortunately
1 month ago
Johnny Depp performs in Sheffield as he awaits verdict in defamation case
1 month ago
Wagatha Christie: Rebekah Vardy storms out of court just 30 minutes into final day
1 month ago
Pirates of the Caribbean creators not ruling out Johnny Depp's comeback despite trial
Next Page