Ah Balls! Doctors Warn That Over Cycling Can Cause "Accessory Testicles"

Well that's a headline we didn't think we'd ever write...

Scientists and medical professionals complete research on just about everything these days and this next study promises to leave you crossing your legs and wincing a little.

A new report has found that over cycling can potentially lead to a third testicle in men, and ladies, we didn't exactly get off scot-free. 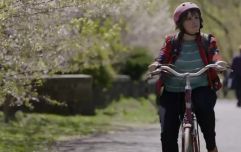 13 Things Only Cyclists Will Understand

END_OF_DOCUMENT_TOKEN_TO_BE_REPLACED

The research, which was conducted by South African scientists, explained that in a rare condition cyclists have grown a lump in their groin.

According to The Mirror, the report explains that a ‘nodule’, which has been given the name ‘accessory testicle’, develops due to the constant contact between the bum and saddle in both male and female cyclists.

The study was published in the South African Journal of Sports Medicine and revealed that symptoms included: “pain on pressure and when sitting on the saddle, which may even require the cyclist to give up the sport”.

The continued friction and vibrations between the lower pelvis bones causes the nodule, as the tissue under the bottom's skin and the hard bike saddles causes the tender lump. 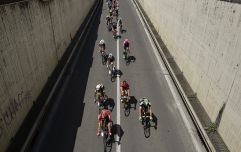 END_OF_DOCUMENT_TOKEN_TO_BE_REPLACED

Treatment for the condition involves surgery or a steroid injection, however can be avoided if cyclists’ changes bike saddles.

The case study highlighted one 29-year-old female with the condition, stating: "She was reluctant to give up the sport and opted to change the saddle, which, on follow-up, appears to have helped”.

How do we feel about this development? This...

popular
Love Island: Mollie's family issue apology following allergy comments
Love Islanders will decide whether to recouple in Casa Amor TONIGHT
Love Island fans think someone has left after Luca arrives back to empty bed
Penneys has a perfect dupe for Charlotte Tilbury's Flawless Filter foundation
Friends creator says they regret not using correct pronouns on the show
Sunny weather set to return tomorrow with highs of 23 degrees
Airport outfits are all the rage as we head abroad - here are the 4 best ones
You may also like
2 months ago
Transgender women no longer allowed to compete at British female cycling events
1 year ago
Woman arrested over Tour de France's worst-ever crash
2 years ago
Liffey Cycle Route trial looks to be going ahead
2 years ago
Motorists face €120 fine and three penalty points for dangerous overtaking of a cyclist
3 years ago
The 8 absolute struggles that make cycling to work a pain in the arse
5 years ago
Watch one pedestrian cause a huge pile-up in cycling race
Next Page