The Big BMI Lie: The Irish women refused services based on this outdated concept

"BMI does not define a person. It doesn’t weigh my heart or the love that I could give a child."

END_OF_DOCUMENT_TOKEN_TO_BE_REPLACED

Invented in the 19th century, BMI is now considered my many to be an archaic and arbitrary measurement devise that doesn't say enough about a person to inform a medical decision with any great authority.  But inform decisions it does, much to the anger of many people who find themselves at the mercy of the measurement method.

Olwyn Boyle is from Tipperary but lives in Dublin with her dog, Dougal. Like many hopeful parents who find themselves single in their late thirties, Olwyn has been exploring the many alternative avenues available in pursuit of being a mother. She generously shares her story on Instagram and has created a community of like-minded mothers-in-waiting to make the solo road a little less lonely.

The road is a tough one and Olwyn has hit her fair share of speed bumps along the way, but one unexpected issue that has stymied her progress multiple times is her BMI, as she explains: "I was in touch with Tusla to try and start the adoption process. They’re the organisation that give you an adoption passport. Without it, I can’t adopt either domestically or internationally. I attended one of their online course days and it came up about BMI. They said, if your BMI was over 34 or 35, it was unlikely that you'd be eligible to adopt. Before Covid I had a stage school for children. I work as a Clown Doctor visiting children in hospitals. All I know is children.

"I waited until the end of the conference and asked them, ‘does this mean I cannot apply to adopt a child, even though I have space in my home and I want to help a child?' And they said it did, that it was unlikely I'd be chosen. When I asked why, they explained that medically, my life expectancy is shorter because of my BMI."

Describing her heartbreak at this news Olwyn said: "I was devastated. It doesn’t make sense. Only fat people die? How do people not understand that we were all made different? If we’re only going on BMI, sports people who have a high body mass index of muscle are not going to be able to adopt either. It’s just so strange. They don’t mention any other health assessments at that point – I was purely told about BMI. 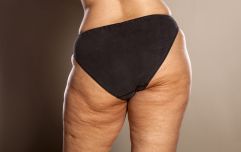 Cellulite is completely normal - but why do we get it?

END_OF_DOCUMENT_TOKEN_TO_BE_REPLACED

"When you are further along in the process, there’s Garda vetting and health screening. It’s common sense that you probably shouldn’t be adopting if you have problems with gambling, drugs or alcohol, or if there’s a domestic abuse situation in the home. But none of these things come up initially – only BMI. It was the only thing mentioned in the initial stages as a massive no-no."

Olwyn's issue isn't with health of a potential parent being taken into account, but the fact that BMI is how that health is measured: "In my opinion, I should have had a fitness test over a BMI rating. It’s discriminative. If, after a fitness test, they came back and said ‘unfortunately your heart rate is showing XYZ, or your lifestyle is so and so’ – that’s what’s wrong and that’s what should be fixed."

With the doors of adoption closed to her, Olwyn began her journey to become a solo parent by choice. "I went to two different Irish fertility clinics. One didn’t bring up BMI at all I had an IUI treatment that unfortunately wasn’t successful. I then went to explore the double donor avenue, but they said, because of my BMI they wouldn’t be able to do it. That really upset me."

With no Irish options left open to her, Olwyn began looking further afield: "Since then, I’ve come over to IVF Serum in Greece for treatment and haven’t been asked to stand on a weighing scales to establish BMI over here. But I was tested for diabetes. My thyroid was checked. I was tested for absolutely everything, rather than just judged by my weight on a scales. 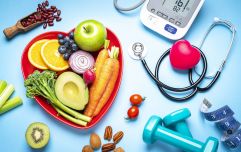 END_OF_DOCUMENT_TOKEN_TO_BE_REPLACED

"I don’t blame the organisations or the staff. I just think the guidelines are outdated. I’m not the first person and I won’t be the last person who’s been affected by this. But it seems to alien to me that in this day and age that when all children need is a home filled with warmth and love, that it might only come down to your BMI."

Olwyn's treatment is ongoing in Greece, where's she's set up home for a few weeks. Since this piece was first published, Olwyn has become pregnant and is now expecting her first child.

But her story is not unique. She's one of several Irish women denied healthcare based on the antiquated measurement. Here, they anonymously share their personal stories.

"It took seven months for my doctor to treat my cervix (abnormal cells), as they kept putting my pain down to my weight. I had all the symptoms of cervical cancer. In general, I've struggled to access decent healthcare because, although I understand being overweight can impact your health, they use it as the blanket response for all issues."

"I went to my GP last year with recurrent crippling pain in my upper right abdomen. The doctor told me my weight was putting pressure on my rib cage and sent me off to "eat healthy and exercise." I told him that there was a history of gallbladder issues in my family, but he didn't pay me any heed. The extreme pain continued for months until I eventually I ended up in A&E. My gallbladder had ruptured."

"I was dismissed at the GP surgery in April. The doctor was more interested in my BMI than speaking about my B12 deficiency. The aforementioned deficiency gave me severe nerve damage and was missed for years. I made an official complaint as the doctor made me cry. I have no choice but to wait for my usual non-fatphobic GP to get back from maternity leave before I can bring up my B12 deficiency."

"I couldn’t access GP combined care on my pregnancy because my GP at the time refused and said I was too high risk because of my BMI, even though I was having zero pregnancy complications. She referred me back to the hospital who were lovely about it, but didn’t know why she’d done it. Needless to say I have a new GP."

"The whole way through my pregnancy they kept talking about my BMI and my age. I'm 39 and about a 16 - 18. I had no idea that made me high risk but they really scared me. I was convinced something would go wrong. I've spoken to other women about this who are similar to me and they weren't made to feel bad, so I think it was just [hospital name]."

"I had to fight to get onto my pill after having my son because of my BMI. I was exactly six weeks post birth and the doctor wouldn't prescribe it because I fell into the obese category, thanks to the BMI index. At the time I had started back walking 5k a day and was eating well to help my body recovery."

"Six weeks on I've dropped 5 inches off my body measurements, but weight on scales still exactly the same. So according to my BMI, I'm still obese and shouldn't be on my pill. Doctors are trained to make better judgement calls. Someone who is muscular and athletic can fall into higher BMI scales but are much healthier than those in lower. I feel it's a really lazy tool to measure health when they can define through their own judgment."

"I’m in consultation for badly needed breast reduction surgery that my insurance won’t cover unless I’m below a certain BMI. If I pay privately, the surgeon will do it no problem. It's very difficult to lose four stone when you’re in pain with massive boobs. The consultant told me most women lose the weight after the surgery."

"My BMI was going to hold me back at a chance of IVF. Thankfully, a doctor had sense and saw fit to do it. I’d begun my treatment and had an issue and needed to go to the clinic where another very nasty doctor read my notes and said “you’re too fat to be doing this” and then went and got the head consultant to come in and look at my notes and said to him, “look at the BMI. I was still in the bloody room! The other doctor then said, “well we can’t stop her half way through the treatment”, which made me believe he may well have had I not already started taking the medication."

"I had to go to three different clinics before anyone would try IVF on me. They didn't even test my AMH levels. They just decided it wouldn't work based on my BMI. Well I'm seven months pregnant with my second child now."

"I was told my BMI was too high to receive treatment for anorexia. I'm not sick enough according to their scales.  That fact alone does awful things to the mind of someone with an eating disorder.

"When I was at uni, I dropped to a size eight because I just didn't eat and still my BMI was in the overweight category. I was obsessed with getting it below into 'normal'. Trying to get there left me pretty much bedridden for six weeks because I had become so fixated on that number on the scale. It's just such a bullshit scale, but also can be dangerous if you are dealing with people who can become obsessed with numbers."

"I was refused life assurance by a certain firm and it threw a spanner in the works and nearly lost me my mortgage. And I am fairly small. Around a size 16."

"After I’d had my daughter and thought I better get my house in order so went about getting life and income protection. I was refused both because of my BMI. It then impacted my ability to get mortgage protection last year because of the refusals and my BMI together. I had to sign a waiver in the end, which is not very reassuring for my family."

If the concept of BMI has been widely discredited, why is it still being used to discriminate against people when it comes to vital maters like healthcare?

We think it's time for change.

This feature originally appeared on HerFamily.ie

popular
You stars Victoria Pedretti and Dylan Arnold spark romance rumours
Forensic officers continue search for missing 4-year-old Cleo Smith
Someone has ranked the penis size of men from all over the world
Brian Laundrie parents 'to cremate body with no funeral' amid mystery over cause of death
Why Are Men so Obsessed With Boobs? The Answer is Pretty Surprising...
15 signs that prove someone is falling in love with you
The most popular baby names in Ireland have been released in Statistical Yearbook 2021
You may also like
2 months ago
Learning to love the body that got me through a pandemic
2 months ago
Why you need to start listening to Maintenance Phase
2 months ago
The signs to look out for if you think someone has an eating disorder
2 months ago
Why ‘skinny shaming’ can be damaging too
2 months ago
One size fits all: Is history to blame for our body issues?
2 months ago
When to know if you're overdoing your workouts
Next Page