Brian Conley Reveals The Truth About His Exit From I'm A Celebrity... Get Me Out Of Here

Limahl might have been the second campmate to be eliminated from I’m A Celebrity… Get Me Out Of Here last night but Brian Conley is still the man that everyone is talking about today.

The comedian’s exit, which was put down to ‘medical reasons’, has brought the spotlight onto show bosses concerning their psychiatric clearance assessments.

Many, including Brian’s wife, have asked questions as to why he was ever allowed to take part considering his history of depression and alcoholism. 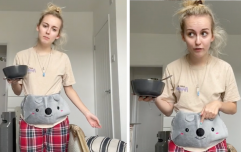 This hot water bottle pouch is perfect for cramps

END_OF_DOCUMENT_TOKEN_TO_BE_REPLACED

Brian got very upset at one point in the jungle.

But the man himself told Daybreak this morning what exactly happened in the jungle:  “Two days after six days of not eating, I didn’t have antidepressants. They said if I did not comply with these regulations, then I would not be on the show.”

Translated into English, that means Brian decided to stop taking his antidepressants for the first time in 15 years while on the programme. This then had a knock-on effect on his wellbeing.

“I started feeling really bad, and very shortly after that I did have to leave. I found out I was malnutritioned and I was suffering from exhaustion, that’s what the doctor said.”

He added: “I felt bad because it was out of my control, it was their decision… I couldn’t lie to them (about not taking the antidepressants).” 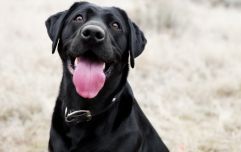 END_OF_DOCUMENT_TOKEN_TO_BE_REPLACED

Today he spoke to Daybreak about his reason for leaving.

Now Brian wants to use his experience to spread awareness about depression: “What I want to do now is publicise depression. I’ve touched it when my father died, it’s nothing to be ashamed of. I’ve needed help.”

Touching on jungle life, the 51-year-old also said: “I can tell you it’s not fluffy out there, it’s the real world. It’s tough, real tough.”

popular
The First Quadrillionaire? Paypal Accidentally Gives Man $92 Quadrillion
Tesco is refunding 27,000 customers after overcharging them
Someone has ranked the penis size of men from all over the world
Here Are The Top 20 Most Common Pin Codes in The World
At least seven bodies have been found in search for Brian Laundrie
Here's the average age people lose their virginity around the world
Love is dead... Shakira and her husband Gerard have reportedly split
You may also like
1 week ago
Opinion: Despite what it looks like, this Budget is not for the young people of Ireland
1 week ago
Mum shares horrifying story of toddler filming her in the shower on Instagram Live
1 week ago
You can now bring your pup to a Dachshund Hotel in the UK
1 week ago
21-year-old mum says people don't believe twin daughters are hers
1 week ago
NASA astronaut captures incredible image of Dublin from space
1 week ago
Marian Heffernan: "There's always been so much talent coming through Ireland"
Next Page