Think all dolphins are sweet like Flipper? Think again!

A recent encounter during which a number dolphins tossed around two porpoises was captured on camera and shows a different side to the aquatic animal.

Experts at the Scottish Marine Animal Strandings Scheme said, "once the porpoise is dead, the dolphins lose interest in it, so they do it just for fun. They don't really compete for food, and they don't eat them so nobody really knows why exactly it happens." 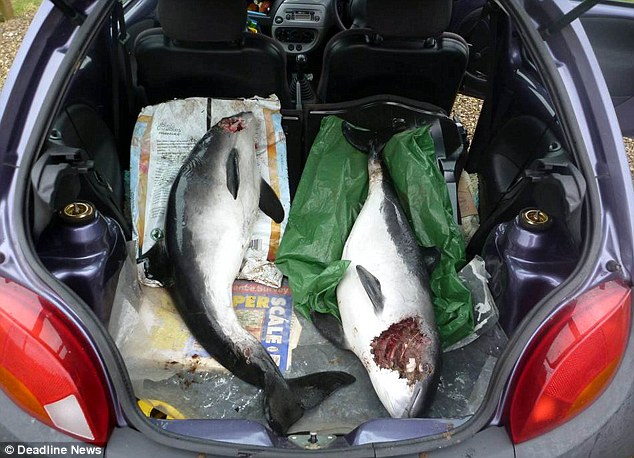 END_OF_DOCUMENT_TOKEN_TO_BE_REPLACED

Scottish Marine Animal Strandings Scheme also revealed on their Facebook page that the animals, that are widely considered as some of the most intelligent creatures but also tend to be as socially complex as humans, are are even capable of eating the young ones of their own species.

Not too sure we want to go swimming with them any more!

popular
Eoghan McDermott is set to be replaced by another Irish comedian on Love Island Australia
Fashion detox: All you need for the perfect wardrobe is 37 items of clothing
Katie Price's family release statement after her reported arrest for drink-driving
Andrew McGinley praised for strength after cruel Twitter comment
Brian Laundrie's family issue statement as search due to be scaled back
You can now get Percy Pig hooded blankets - and we need them
TikTok star Gabriel Salazar dies aged 19, say friends and family
You may also like
1 week ago
Hallelujah! Britney Spears returns to Instagram
1 week ago
Why did Britney delete her Instagram?
3 months ago
TikTok star sentenced to 10 years in prison over "human trafficking"
3 months ago
OnlyFans to move away from adult content in bid to reach $1B valuation
5 months ago
Couples who post more selfies are less happy, says study
5 months ago
Instagram v reality: Why are we so fascinated by "normal" photos of celebrities?
Next Page