"We wanted to cheer people up, it's been a tough time."

We all love a good dance video - especially when the dancers aren't professionals. A few weeks ago the guards got involved in the Jerusalema dance challenge, sharing a dance routine that went viral and cheered the whole country up.

This week, the challenge has been handed over to a group of nuns in North Dublin, who have put together thier own take on the Jerusalema dance. 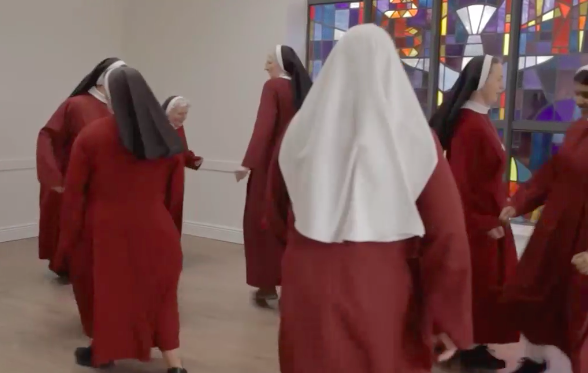 END_OF_DOCUMENT_TOKEN_TO_BE_REPLACED

Sister Lucy Conway from The Redemptoristine Nuns told RTÉ News they decided to take part in the challenge to give people something to smile about. She said "it was their way of offering a prayer for those suffering due to Covid-19."

"We wanted to cheer people up, it's been a tough time."

The group started learning the dance after their Fathers and Brothers challenged them to take part. They all practiced the moves for a few days before they were ready to go live - and looks like they did a pretty good job.

Sister Lucy told RTÉ that this third wave of lockdown has been tough for everyone, themselves included. Learning the dance brought a little light to their days over the last while. "Taking part on the dance video lightened our hearts," she said. "It's built up our community and brought unity." 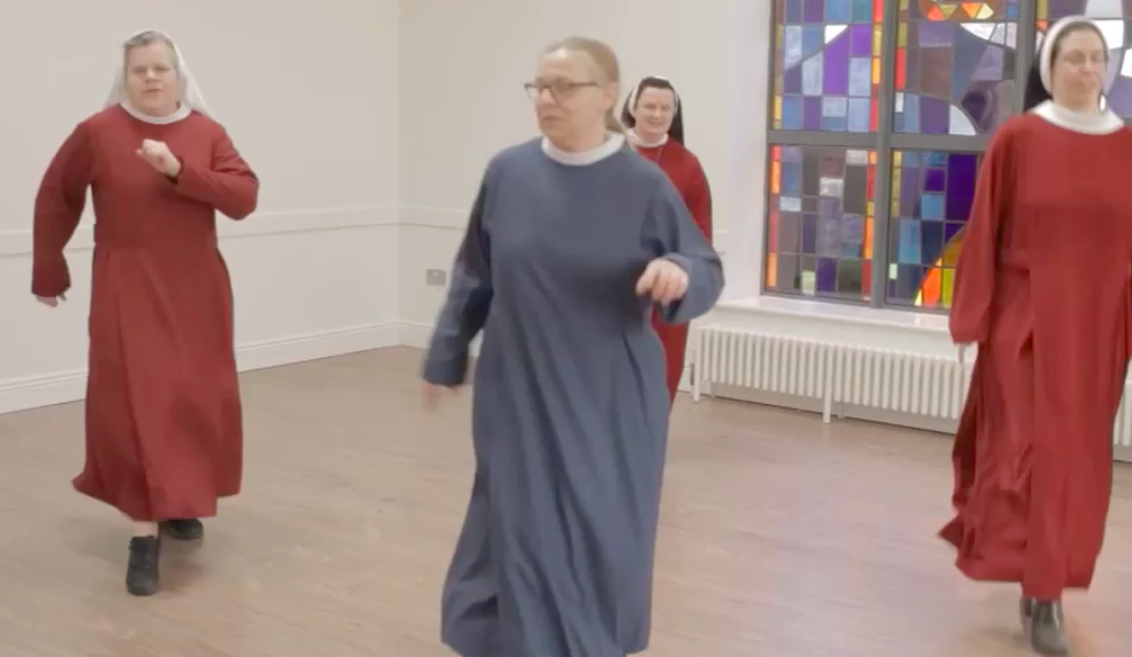 The 13 sisters starring in the video range in age from 28 to 92. They can be seen dancing around the grounds of the convent and the hallways in the video, which has already had more than 10,000 views.

Sister Gabrielle Fox said she saw the routine as a prayer initiative. "It's not just a gimmick. It was purposely done as a prayer," she said.

More of these dances, please!

popular
Simon Harris gives three urgent options for easing restrictions next week
Tributes paid to Limerick based blogger and model Patrick McLoughney
The First Quadrillionaire? Paypal Accidentally Gives Man $92 Quadrillion
Addison Rae temporarily banned from TikTok
Personality QUIZ: Which character from You are you?
Not going anywhere: Baby names set to stay popular for the next decade
You can now live in the iconic house from Sabrina The Teenage Witch
You may also like
2 days ago
The internet can't get over this picture of Tommy Fury with his brother Tyson
1 month ago
The 'secret' Zara label signs that'll apparently help you get the right size every time
1 month ago
TikTok shows just how extreme Irish dads can be
1 month ago
Meet cloud bread – the three-ingredient baking trend going viral right now
1 month ago
Cereal milk lattes are trending – and it might change your breakfasts forever
2 months ago
This TikTok video finally showed me how to get the perfect messy top knot every time
Next Page