What a complete farce.

It cost many people a great deal of money, time, stress and worry. Everyone thought that one of the country's biggest sporting stadia was the subject of a terrorist attack. In the end, it was the result of a monumental blunder.

The 'suspicious package' turned out to be a fake prop-bomb that had been left behind by a private company carrying out a security training exercise earlier in the previous week. This fact was confirmed in very diplomatic terms by Greater Manchester Police.

Latest statement from @gmpolice. Incident at Old Trafford was due to a "training device." pic.twitter.com/owzzCrfUpu 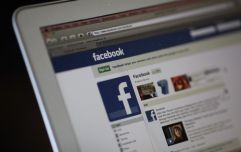 END_OF_DOCUMENT_TOKEN_TO_BE_REPLACED

Despite the serious aspects of the situation, no one could quite believe the sheer f**kwittery of what had happened. There was a combination of bafflement, dismay and hilarity at the mother of all f**kups at the Theatres of LOLS.

Here are just a few of the responses to a ridiculous situation that would be more suited to Brass Eye than breaking news...

That device in the United toilet was knocking about for four days...

The security men to blame for this cock-up? Ed Woodward head hunted them! pic.twitter.com/xei4DrCUWg

Incompetence. Following United around since 2013.

"Got everything?"
"Yep"
"You've cleared up after the training exercise?"
"Yep"
"Because if you've lef"
"Look, shut up & let's go to the pub"

Our saviours at Old Trafford pic.twitter.com/PjnDVi3NGI

This season has dragged Man Utd's reputation through the mud. Mistake after mistake. The club's in disarray and it stems up to the top.

Object found at Old Trafford was initially thought to pose a threat but turned out to be harmless pic.twitter.com/jTAJs3QMKm

EXCLUSIVE: Footage of the 'suspect package' being removed from Old Trafford pic.twitter.com/UHKF4WTiBs

I can imagine this is what the original training drill looked like. pic.twitter.com/cjRcq3mfK1

You can just picture the scene. pic.twitter.com/yc37LvQuH3

There’s only one man that can make sure Old Trafford safety is up to scratch. pic.twitter.com/tyvKvTYCCr

Woodward will be on the phone tomorrow looking for a 'bomb disposal sponsor'.

The device left behind following a Man Utd training exercise has now been named as Eric Djemba-Djemba who famously bombed in the PL in 2003.

Knowing United, they'll probably give the incompetent security firm another year because they dont want to be seen as a sacking club.

popular
Netflix's true crime series Sins of our Mother is seriously insane
So, William and Harry have a step sister... and who knew?
Actor and Wife To Divorce After 23 Years of Marriage
Why Are Men so Obsessed With Boobs? The Answer is Pretty Surprising...
You’ll Never Guess Who the Richest Actor in the World Is…
23 shows with four or more seasons to watch on Netflix
A Criminal Minds re-boot is happening – and here's everything we know
You may also like
3 years ago
ALL the information you need to know if you're going to the Spice Girls concert
3 years ago
Twitter just announced it's making a massive change to help with security
3 years ago
Heathrow Airport left in total chaos after 'suspect bag found' at security
4 years ago
An Post announce that 8,000 of its customers' data has been breached
5 years ago
People are discovering major flaws with the new iOS upgrade
5 years ago
Everything you need to know about the new security measures for EP
Next Page