"Fat is not a feeling, it's a body size": Understanding and tackling Fatphobia

Fatphobia - you've probably heard the word before, you might have even had experiences of it yourself. But what does it mean, and how can we tackle it?

END_OF_DOCUMENT_TOKEN_TO_BE_REPLACED

Michelle McCormick is a self proclaimed podcaster, fat activist, and professional fat person. She tells Her that Fatphobia isn't so much a straight forward fear of fat people, but a means of describing the ways in which fat people are treated in the world.

"Fatphobia is the fear of, aversion of and discrimination against fat people in society," she explains. "Like transphobia and homophobia, it's not a true fear but a system of oppression against people who are fat, trans, or gay."

Fatphobia can often be overt, but sometimes it is not. A lot of the time, she says instances are subtle, "where it's almost seen as a compliment. Like when fat people post pictures of themselves in revealing clothing and they're told 'you're so brave.' What that person is trying to say is 'if I looked like you, I wouldn't be showing myself the way you are.'" 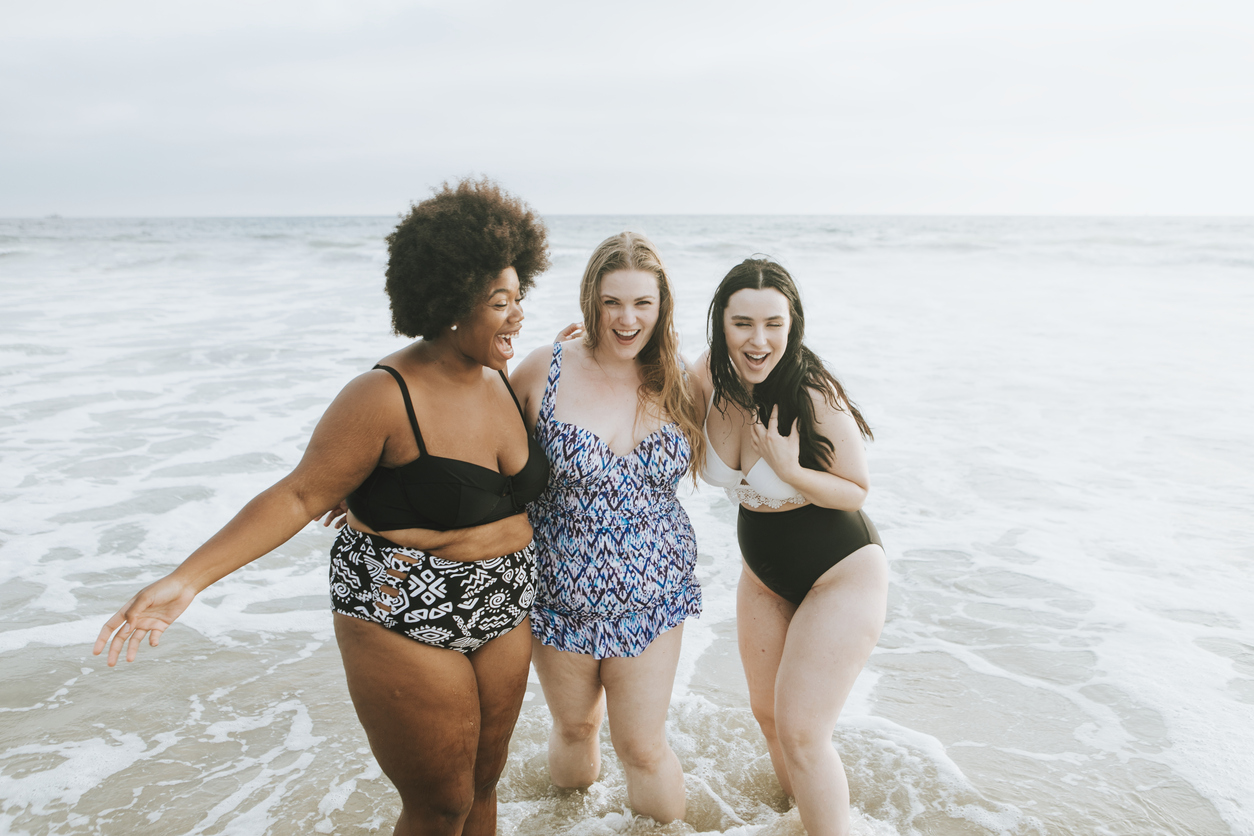 END_OF_DOCUMENT_TOKEN_TO_BE_REPLACED

Michelle goes on: "Another is when people feel uncomfortable or unattractive or undesirable they say 'I feel so fat, I feel gross.' That really tells you a lot about how they feel abut fat bodies and fat people. They think it's negative. But fat is not a feeling, it's a body size.

"It is possible to describe your negative feelings about your body without saying someone else's is gross."

Before the body positivity movement, there was the fat acceptance movement - one that was born of a desire to tackle the discrimination, negativity, and oftentimes hate that people with bigger bodies were being subjected to.

There is, however, a considerable difference between the two movements. The body positivity movement, says Michelle, "it's a self love movement, it's about accepting your own body and feeling okay with your own body.

"Once you've achieved that, and if you're a straight sized person, your struggle with yourself is over. A fat person can love themselves but they will still experience discrimination and negativity because of how they look." 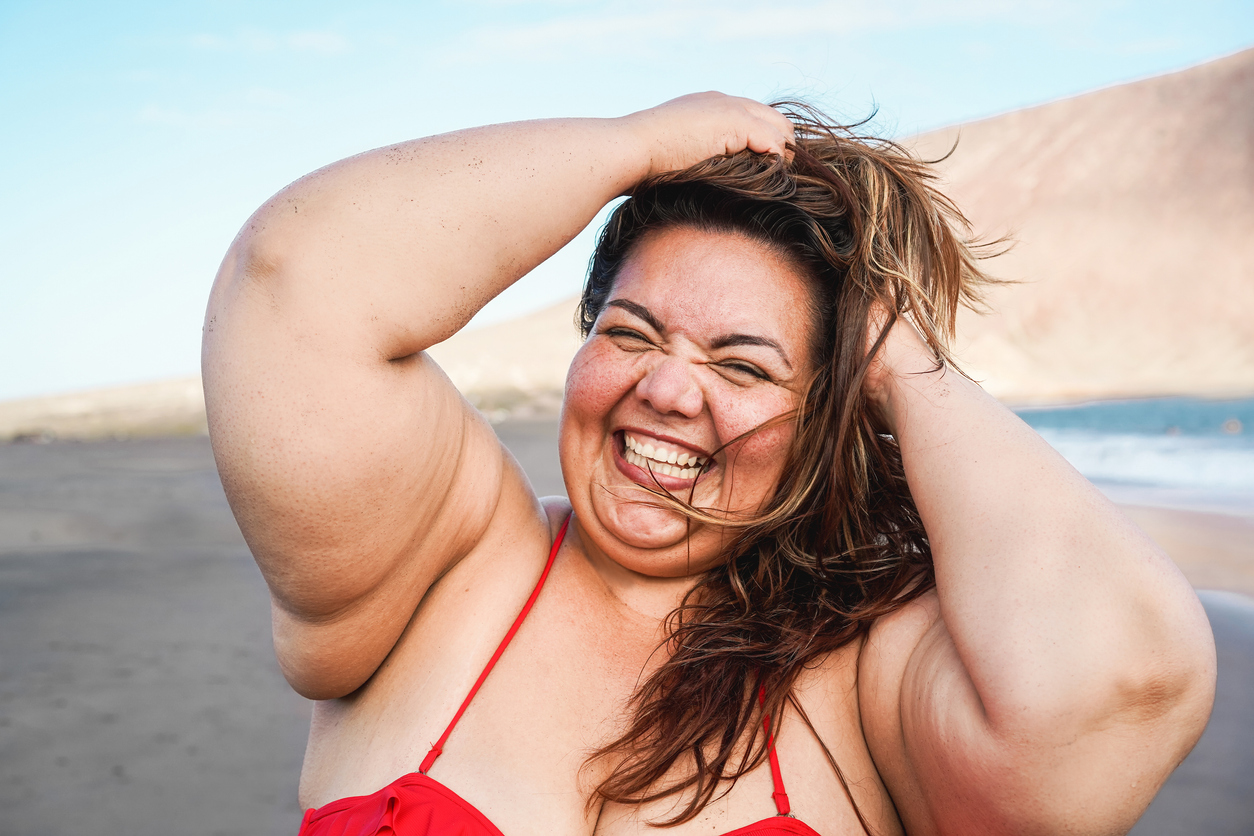 END_OF_DOCUMENT_TOKEN_TO_BE_REPLACED

This kind of discrimination can be found in the workplace, and of course, among the medical community.

While many women in Ireland have been denied crucial services and treatments because of their BMI (body mass index), many others, including Michelle, have found that their health concerns have been dismissed, purely due to their size.

"It's always a conversation about my weight, regardless of what I'm in for, including mental health discussions," she says. "That can be detrimental to a person's mental health and their overall health in general."

So, where do we start in tackling the glaring societal issue that is Fatphobia? Michelle's advice is to follow more fat positive creators online, but also to be more conscious of the way we speak about our own bodies - and those around us.

You can watch our full interview with Michelle on our IGTV below:

popular
Love Island’s Afia explains why Gemma’s dad has not been mentioned on show
Love Island's Remi says arguments with Jacques "ruined" his time on the show
Shaughna Phillips brands Love Island heart rate challenge "fixed" and "vile"
Primark is trialling online orders for the first time ever
Gogglebox's Tom Malone Jr shares autism diagnosis
Love Island fans react to "confusing" recoupling
Why Are Men so Obsessed With Boobs? The Answer is Pretty Surprising...
You may also like
1 week ago
Double-decker aeroplane seats could become a thing soon, unfortunately
3 weeks ago
Johnny Depp performs in Sheffield as he awaits verdict in defamation case
1 month ago
Wagatha Christie: Rebekah Vardy storms out of court just 30 minutes into final day
1 month ago
Pirates of the Caribbean creators not ruling out Johnny Depp's comeback despite trial
1 month ago
Podcaster Deborah James says "no-one knows how long I've got left" as she moves to hospice
1 month ago
Gogglebox star Mary criticised over Boris Johnson comments
Next Page