Even if you didn't use to be an anxious person before, these past 18 months of constant worry and fear and uncertainty has left their mark on so many of us.

Collectively, we have lived through some truly unprecedented times – and much as we have mostly managed to hold it all together, I know many of us are still feeling anxious and worried – simply because life has been so overwhelming for so long now.

I don't know about you, but for me, nighttime is when my mind is still enough to allow so many worries to start popping up. Some of them completely irrational (thanks, true crime shows), some more based on the reality we are living in. Will there be more lockdowns? How long until I get to see my family in Scandinavia again? Will schools mange to stay open for my children this coming school year? 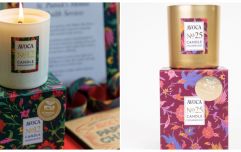 END_OF_DOCUMENT_TOKEN_TO_BE_REPLACED

In other words, all sorts of concerns are presenting themselves in my head, literally the minute my head hits the pillow at night. Great.

And the thing is; I am far from alone.

The good news, however, is that there are some science-backed ways to ease your worries. Here are some tips I for one absolutely plan on trying:

So, we all know getting enough Zs is vital to so many areas of our lives, and that not getting enough sleep is straight out bad for our health and looks. So far, so sleepless. But did you also know this: Staying up late has been known to increase the number of negative thoughts you have according to a study at Binghamton University.

‘Making sure that sleep is obtained during the right time of day may be an inexpensive and easily disseminable intervention for individuals who are bothered by intrusive thoughts,’ explained researcher Jacob Nota.

"People who sleep for shorter periods of time and go to bed very late at night are often overwhelmed with more negative thoughts than those who keep more regular sleeping hours."

END_OF_DOCUMENT_TOKEN_TO_BE_REPLACED

A study from the Netherlands recently found that setting aside time to worry, or think about worries and actual solutions, will make you more likely not to obsess over these worries for the rest of your day.

The study made use of a technique, called "stimulus control." By compartmentalizing worry and just keeping it limited to a time you have decided, people can ultimately help reduce those worries.

3. Be upfront with your emotions

In a 2013 study at Harvard Business School, researchers found people who told themselves,  'I'm excited' rather than 'I'm nervous’, performed better at stressful tasks. 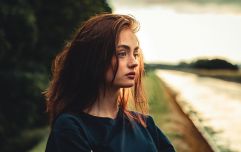 END_OF_DOCUMENT_TOKEN_TO_BE_REPLACED

According to experts, this principle is called "Ride it, don't hide it", meaning you are naming and being truthful about the emotions you are feeling, rather than trying to lock them away.

Now, being the Queen of distraction techniques, I should really saunter through this one. According to a study by a Copenhagen University psychologist, using certain distraction techniques can greatly help calm your anxieties. The theory behind this is that you break the cycle of worrying by doing an activity to get your mind elsewhere.

Professor Ad Kerkhof, the author of the new book Stop Worrying, also recommends ' distracting activities'. When you're in the midst of a vicious circle of worrying, go for a walk, take a shower or read a good book. Or, best of all, call someone. It may sound too obvious a piece of advice, but there is no doubt that a worry shared tends to be a worry halved.

If you are prone to suffer from worries, try to have a 'happy place' you can force your thoughts into when you feel anxiety setting in.

According to Dr Herbert Benson, 50 years of research in his labs have shown him that any style of meditation works if it does one thing for you: breaks the train of everyday thinking, and kicks in your relaxation response.

His own ritual for relaxation involved sitting for 10 minutes with his eyes closed, choosing a word and silently utter it on the out-breath. If other thoughts come to mind, think, ‘Oh well’, then return to the word. That’s it.

According to Kerkhof, people should pay attention to the language they use when talking to themselves. "Many people create worries," he says. "They say to themselves, I still have to do this, I must do that, I should do this."

The professor thinks that these self-imposed obligations are enough to give anyone a stress headache.

"For this reason, you have to tell yourself that you don't have to do certain things, but that you want to do them."

7. Write your worries down

Professor Kerkhof suggests writing about your worries, as sometimes seeing things written down will make them seem less stressful and that you are more in control. Use as many details as possible.

"Write down exactly what you're saying, feeling and thinking and what others are saying," he explains.

Now look at your worries and decide on how you will either deal with them if they happen to come true, or stop worrying about them once and for all.

popular
14-year-old boy charged with murder of 12-year-old Ava White
The new restrictions likely to be introduced as NPHET meets with government
This year's Late Late Toy Show has broken Irish TV records
Toy Show's sign language interpreter Amanda Coogan hailed a "national treasure"
New Zealand politician cycles to the hospital one hour before giving birth
Gogglebox fans shook by Lee's throwback photo of Jenny
5 of the most ridiculous moments on Selling Sunset Season 4
You may also like
1 month ago
10 small habits that will make you happier, healthier and less stressed
1 month ago
Jack Fincham says he attempted suicide after Love Island
2 months ago
Free online counselling starts for people with depression and anxiety nationwide
2 months ago
Miss Great Britain contestant wants to compete makeup-free
2 months ago
Mindfulness Day: 3 easy ways to practise mindfulness every day
2 months ago
Samaritan callers affected by isolation and loneliness in 2020
Next Page