Food for Thought: A Short History of Waffles

We need food and drink to survive, to nourish us and to keep us in tip-top shape. But did you ever wonder about the history behind certain foods?

This week in “Food for Thought”, we’re bringing you a short history of "waffles".

Waffles are one of those foods that go way, way back. It’s said that the first known recipe for a waffle dates back to the 14th century in Le Ménagier de Paris, a book written by a husband for his young wife.

END_OF_DOCUMENT_TOKEN_TO_BE_REPLACED

“Waffles can be used when one speaks of the “large sticks” which are made of flour mixed with eggs and powdered ginger beaten together, and made as big as and shaped like sausages; cook between two iron” writes the author.

The waffle iron, which is mentioned in that passage, is similar to the waffle maker we have today, except that it was longer and thinner and only held a single waffle - it was held over a fire to cook. The irons were known as moule à oublies or just simply as oublie and were decorated iron.

The decorated irons increased in popularity over the years and became known mostly as gaufres, a word that relates to wafer. The waffles were sold to crowds by street vendors and for special religious celebrations. 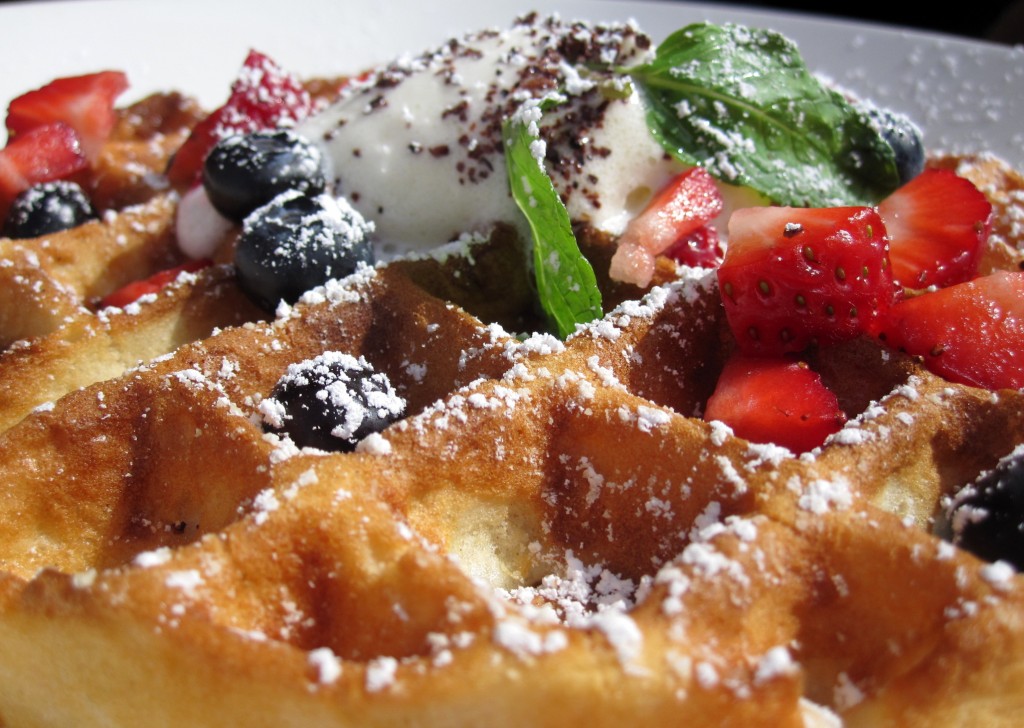 END_OF_DOCUMENT_TOKEN_TO_BE_REPLACED

By the 16th century the food was found all over the place and waffles weren’t confined to people of importance. It’s said that the Dutch “wafles” arrived in America through the Pilgrims and from the 1700s onwards the word gained two f’s and became the word we know today.

Fast-forward to the 19th century where the first waffle iron was patented in the US by Dutch-American Cornelius Swarthout and the food’s popularity continued to soar.

These days waffles continue to be consumed across the globe and is a favourite treat in France, the Netherlands and the US.

popular
Here are the baby name trends set to dominate 2023
Hailey Bieber shuts down rumours she dated Justin while he was with Selena Gomez
Here is the reported I'm A Celeb All Stars line-up
5 delicious brunch spots around Ireland to try out on your next trip with the girls
Two Love Island 2022 stars have just become step siblings...
Molly Mae Hague shares emotional moment she discovered she was pregnant
ITV boss defends Phil and Holly once more
You may also like
2 months ago
McDonald's increases menu prices due to rising inflation
2 years ago
Drinking coffee can help ease pain in some cases, according to research
2 years ago
Nutritionist says eggs are an essential breakfast food and we're okay with that
2 years ago
Eating a banana for breakfast is actually a pretty bad idea
3 years ago
Got your period? Try to avoid these foods as much as possible
3 years ago
This is why you should avoid ordering soup when out for a meal
Next Page