Transcripts from a recording of a 911 phone call in the USA have revealed that what the operator initially thought was a prank call ended up being a means to maybe saving a woman’s life.

The transcript, which was posted up on Reddit by an unnamed operator, revealed that halfway through the emergency call, the operator realised that it wasn’t a prank call at all but instead, a cry for help.

The transcript that was posted reads as follows: 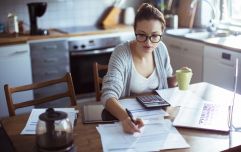 Feeling the #wfh stress? Here’s how to keep a good work/life balance during lockdown

END_OF_DOCUMENT_TOKEN_TO_BE_REPLACED

“I’d like to order a pizza for delivery.” (oh great, another prank call).

“Yeah, I know. Can I have a large with half pepperoni, half mushroom and peppers?” 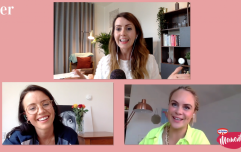 END_OF_DOCUMENT_TOKEN_TO_BE_REPLACED

“Yeah, do you know how long it will be?”

“Ok, Ma’am, is everything ok over there? Do you have an emergency?”

“..And you can’t talk about it because there’s someone in the room with you?” (moment of realisation).

“Yes, that’s correct. Do you know how long it will be?” 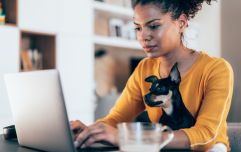 5 ways to create me time moments in your #wfh week

END_OF_DOCUMENT_TOKEN_TO_BE_REPLACED

“I have an officer about a mile from your locations. Are there any weapons in your house?”

“Can you stay on the phone with me?”

The operator went on to explain that they had checked the history of the address and found that: "there are multiple previous domestic violence calls. The officer arrives and finds a couple, female was kind of banged up, and boyfriend was drunk. I thought she was pretty clever to use that trick. Definitely one of the most memorable calls.”

If you are a victim of domestic abuse, help is available here.

popular
Shirley Ballas books breast exam after Strictly viewers spot lump
QUIZ: How well do you remember the first episode of You?
You can now apply for tickets to the Late, Late Toy Show
Hollywood couple Joe Manganiello and Sofia Vergara seen enjoying a Cork chipper
You can now get paid to eat wine and cheese for Christmas
Tributes paid to Limerick based blogger and model Patrick McLoughney
You can now live in the iconic house from Sabrina The Teenage Witch
You may also like
2 months ago
Galway restaurant named best pizza takeaway in Europe
2 months ago
If you haven't made grilled pizza yet, you are not living your best summer life
3 months ago
Aldi is selling a pizza stone for only €8.99
1 year ago
Two Irish spots named among the best pizzerias in Europe
1 year ago
Days all blurring into one? Here’s how to get the Friday night feels at home
1 year ago
Pizza For One Party! Win a Momenti pizza and goodies hamper
Next Page