Lads, You Shouldn't Have: Research Reveals Men Are Terrible At Buying Gifts For Their Partner

Ladies, research has finally confirmed something that we’ve known for a long, long time already – when it comes to buying gifts men are a bit crap.

Now, this is through no fault of their own, god bless them, it just seems that while they get the initial thought right (e.g. “shoes”) they fail when it comes to the finer details (e.g. buying you a pair of runners when you’d much rather prefer a pair of Choos).

According to a survey commissioned as a part of Gift Card and Voucher Week, no matter how hard men try when it comes to buying presents, they just never seem to get it right.

So what gift do they get wrong the most? Unsurprisingly men very rarely have any success when it comes to treating their partner to some sexy new undies. The research revealed that the vast majority of men tend to buy lingerie in the wrong size and the wrong colour for their lady friends.

We imagine she was disappointed when she realised it was a new Xbox game...

Of the 2,000 people who were questioned as part of the research, one in six admitted to having a row with their partner over a poor choice of present and one in 20 even went so far as to split up with their other half over the gift. 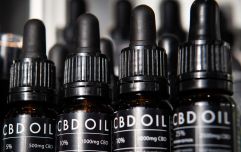 A quick guide to CBD: Here's all you need to know from a doctor's perspective

END_OF_DOCUMENT_TOKEN_TO_BE_REPLACED

But before the boys start getting a bit defensive with us, we will say that it’s not just men who are guilty of buying crap presents – us womenfolk get it wrong too (granted we don’t get it wrong as much, but we still do mess up occasionally).

“Buying presents for women is clearly a minefield, and men have little chance of getting it right every single time,” said John Starr, a spokesman for the research.

“Even the most thoughtful of presents can be received with caution by women, who seem to assume that with every gift comes a hint,” he added.

Hmm, we’re not sure about that but honestly fellas if you’re fed up of getting it wrong here is some sage advice: you can never mess up if you treat her to a romantic weekend away, or something pretty from Chanel or Louboutin. Fact.

popular
QUIZ: How well do you remember 13 Going on 30?
Here are the 10 finalists for this year's Galway Races 'Virtual Best Dressed' competition
Bleach stain struggles: Here's how to save your clothes from ruin
Caroline Foran's tips for first-time interior design, when you haven't got a clue where to start
Staycation: 5 Irish heritage sites we're absolutely hitting up this summer - and they're all free
Spotted at Penneys: Two cruelty-free dupes for popular makeup brands
12 of the best podcasts we listened to during lockdown
You may also like
1 month ago
We need to rethink the ways we treat survivors of abuse
1 month ago
Pride memories from Davina Devine: "I've probably done about twenty Pride parades"
1 month ago
85 percent of women have increased care responsibilities since #Covid-19
1 month ago
What is gaslighting? And how do I know if it's happening to me?
1 month ago
Three in 10 female students experienced 'incidents that correspond to rape' in college
1 month ago
'Guilt can only take you so far': Yomi Adegoke on performative activism and #BlackLivesMatter
Next Page