Leonardo DiCaprio went to Salt Bae's restaurant, but there's something we need to talk about

Now this is what it's like when worlds collide.

You all know Salt Bae. 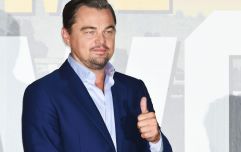 END_OF_DOCUMENT_TOKEN_TO_BE_REPLACED

You all know Leonardo DiCaprio.

He's the biggest movie star in the world. He's the prettiest pufferfish in the pond. He's an Oscar-winning actor and finally, everyone can shut the fuck up about it. He's Leo to his friends and he's a friend to you and I.

And one day, these icons met over a plate of exquisitely salted meat. 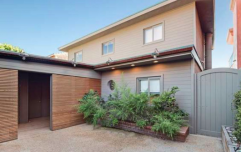 END_OF_DOCUMENT_TOKEN_TO_BE_REPLACED

Goddamn, what a beautiful moment. Salt Bae doing his thing, flexing, powdering; Leo looking on with wonder in his eyes. But there's something wrong with this picture.

What's wrong with this picture?

The wine. The wine is what's wrong.

Now we'd never be so bold as to criticise Salt Bae for his technique - our knees knock even at the merest suggestion of it - but how is he not getting salt in Leo's wine?

Here is a helpful illustration to show you what we mean.

Salt Bae is powerful, but even he cannot defy the laws of nature. What goes up must come down, including salt.

"Hang on a minute, Salt Bae bounces the salt off his bulging arm, not directly onto the meat," we hear you say.

This is true, but let's just remind ourselves of that very technique.

Are you seeing that scatter? That shit goes e v e r y w h e r e. Unless Salt Bae is holding back on the salt, betraying his own name and very nature, there is no way that salt isn't going in Leo's glass of vino.

Look at this compelling evidence.

Right in the vino.

So maybe that isn't a look of wonder on Leo's face. Maybe it's a look of "Dude, you're getting salt in my wine."