Lad, that is not how the vagina works.

Look, we know there are plenty of misconceptions about female anatomy out there.

People think women pee through the vagina, they can't find the clitoris to save their lives, and some even assume that penetration is the only way to sexually satisfy a woman.

END_OF_DOCUMENT_TOKEN_TO_BE_REPLACED

Most of this is due to poor sex education and a simple unwillingness to listen to actual women's experiences.

If you're lucky, these issues will be cleared up once a little bit of education happens - you can move on with your life and never mention the time you thought women only had one hole between their legs ever again.

If you're unlucky though, you'll go through life spouting some pretty questionable nonsense about the vagina and all that surrounds it. 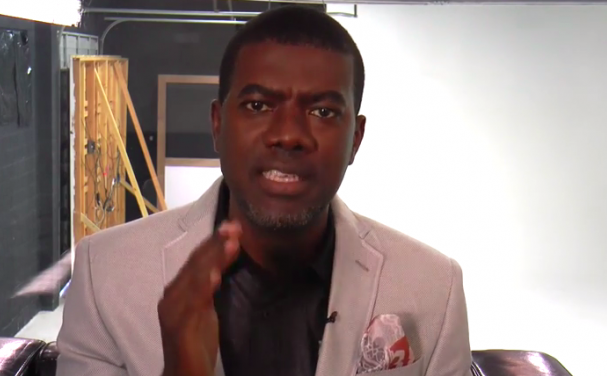 END_OF_DOCUMENT_TOKEN_TO_BE_REPLACED

Reno Omokri is an author, conspiracy theorist, and lawyer.

He's also a guy on Twitter who posts a lot of problematic tweets.

END_OF_DOCUMENT_TOKEN_TO_BE_REPLACED

We don't have time to go through them all here because there are only so many hours in the day, but one of his most recent is causing a bit of a stir online.

You'll see why in a minute.

"God made virgins for husbands not boyfriends. Keeping your virginity till marriage is the best gift you can give to a husband.

"A Virgin is more likely to have a TIGHTER connection with her husband than a LOOSE woman who has had multiple sexual partners."

He then included a graphic illustration of some fish steaks with holes in them to make his 'point.'

Oh, where to begin?

There are many, many things to consider here, but let's instead condense our thoughts into three concise points.

1. Penetrative sex does not cause the vagina to become 'looser.'

If a woman can push a watermelon-sized item (a baby) out of herself, then what sort of dent do you really think a penis is going to have?

Sorry hun, but your dick is not that large.

2. A woman's 'virginity' does not define her worth, status, or literally anything else about her.

In fact, the term 'virgin' actually comes from an old French word that literally meant a "sexually intact young woman."

The term was basically invented to assign some sort of worth to women's genitals so they could then be given to men as some sort of gift or prize or wife or whatever.

Furthermore, many scholars have since argued that there is no scientific evidence to suggest that a 'loss' of virginity is even a thing.

and 3. Please stop putting your fingers into your food, Reno, it's turning our stomachs.

popular
Kim Kardashian addresses Balenciaga's disturbing campaign
Nicola Coughlan is raffling her Bridgerton bag for LauraLynn
Shawn Mendes (24) is reportedly dating Dr Jocelyne Miranda (50)
Jill Scott makes history with I'm A Celeb victory
US fast food chain Wendy's planning to open in Ireland
Lindt releases a new hot chocolate just in time for Christmas
Hitting the slopes this winter? Don't miss this very affordable skiing range at Lidl
You may also like
6 months ago
People with many sexual partners need to watch out for monkeypox, says chief doctor
6 months ago
Sex educator Jenny Keane is back to answer more of your sex and pleasure questions
6 months ago
Sex educator Jenny Keane answers all of your sex and contraception questions
6 months ago
Gogglebox sparks Ofcom complaints over X-rated scene between woman and a duck
9 months ago
Sex after Covid? Becoming intimate post-pandemic
9 months ago
Jenny Keane: "There is a huge vulnerability when it comes to exploring your sexuality"
Next Page