Opinion: Lizzo showed us how easy it is to own up and fix your mistakes

It's really that easy.

Over the weekend, Lizzo released her latest single Grrrls. Lizzo is known for her message of body positivity and embracing you for you, so it was surprising to hear her use ableist language within the first 20 seconds.

When I say surprising, I mean disappointing. Lizzo has always been an advocate for the little guy, backing all body types, shapes and colours, so when she used a derogatory word for those with spastic cerebral palsy, it came as a shock.

END_OF_DOCUMENT_TOKEN_TO_BE_REPLACED

Various disability charities and disabled content creators called her out on the lyric, with many US-based creators actually saying the word wasn't a slur there.

Lizzo could have easily ignored the comments, it's not a slur in her country, right?

But that's not what she did. She recognised her music is listened to worldwide, and that in the rest of the world, the word was incredibly offensive.

While I'm not defending what Lizzo initially did in the song, considering how many people it would have gone through to be released and not flagged, I am not here to slate her. She did something wrong, but her actions after are what redeemed her. 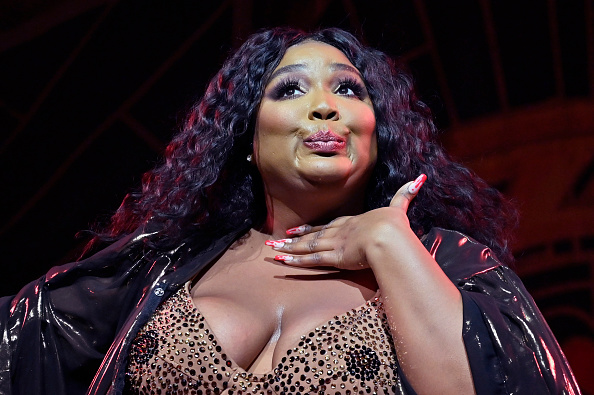 END_OF_DOCUMENT_TOKEN_TO_BE_REPLACED

Almost immediately after the song began getting backlash, Lizzo got wind of it. Grrrls was released on June 10th and by June 13th, she had apologised and announced a new version was on the way.

Within three days, she had made things right. It took three days for Lizzo to publically condemn her own actions and own up to what she had done, even though she only learned, herself, it was an offensive term.

We've seen artists and people in the public eye countless amounts of times do use similar or other derogatory words in their word and never do anything about it, Lizzo did.

END_OF_DOCUMENT_TOKEN_TO_BE_REPLACED

In FourFiveSeconds, Kanye West uses the same word, and it still exists in the song. Lizzo took time to educate herself, realise it may have a deeper meaning than she initially thought and changed it.

Lizzo showed us how easy it really is to admit you were wrong and make amends, especially when you're in the public domain. She could have ignored it and acted as if she had never seen the backlash.

She could have stuck with her lyrics, but instead, she ensured that nobody was left out from listening to it.

Again, while the issue was bad to begin with, Lizzo's response was exactly what was needed and without hesitation she gave it. There are a lot of artists out there that would not have even bothered.

popular
Irish girls name was the most used Irish name in the United States last year
Another of Gemma Owen's family could be headed for a reality show
Prince William shouts at photographer who was "stalking" his family
Michael Owen hilariously responds to Love Island's heart rate challenge
Love Island: Danica sets her sights on Andrew as Luca asks Jacques about his relationship with Gemma
Victoria Beckham recalls moment she was weighed on live TV
Ofcom receives 75 complaints over Jacques' treatment of Ekin-Su
You may also like
2 months ago
Opinion: Britney was scrutinised during her first pregnancies, we can't let that happen again
3 months ago
Opinion: No, trans women are not a "major problem" in women's sports
3 months ago
Opinion: It’s okay not to give into the pressure of feeling like you have to be distinguished on IWD
3 months ago
Why do we still have single-sex schools in 2022?
4 months ago
Opinion: We need to think before commenting on other people's bodies, even if it's positive
5 months ago
Opinion: We shouldn’t feel pressured to join a gym on January 1st, go at your own pace
Next Page