PIC: Irishman Spots A Figure In The Clouds That Looks Alarmingly Like Santa

Around this time of year, the mundane can often become magical.

A bird landing on the roof turns into Rudolph's hooves, and a shooting star just might be Santa's sleigh.

Well, one Irishman, travelling home from Austria via Gatwick, spotted a figure in the clouds bearing a pretty undeniable resemblance to a man/Santa.

END_OF_DOCUMENT_TOKEN_TO_BE_REPLACED

Nick O' Donoghue, from Bandon County Cork, sent the snap into our JOE bros, and we are baffled by it.

As our bros point out, this could be a snazzy photoshop job, or just an unusually shaped cloud. 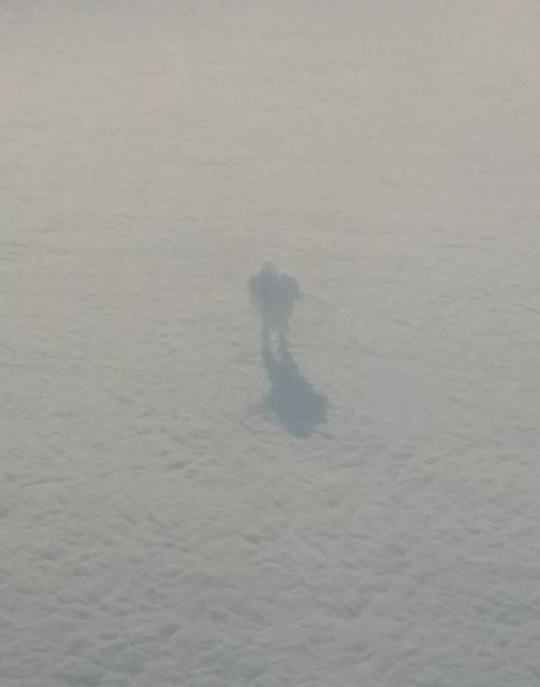 If you have something you think our readers would love, get in touch by emailing hello@her.ie or find us on Facebook or Twitter.

popular
Emmerdale actor Sam Gannon dies aged 31
Barry Keoghan announces the name of his baby boy
4-year-old girl killed in Sligo caravan park named locally
Fans unimpressed with the Love Island reunion
John Legend says he will "never forget" losing Jack
Weather advisory issued as temperatures in Ireland set to soar again
Lauren Goodger assaulted and taken to hospital after baby girl's funeral
You may also like
1 week ago
McDonald's increases menu prices due to rising inflation
3 weeks ago
Warning issued as UK could hit 41 degrees today
3 weeks ago
Heatwave: 25 things to do inside – when it's too hot to go out
3 weeks ago
NASA share deepest ever image of space showing the universe more than 13 billion years ago
1 month ago
Don't believe the transphobic panic – the word woman isn't going anywhere
1 month ago
Love Island's Gemma finally tells villa about dad Michael Owen on TV
Next Page