PIC: This Is The Incredible Map Of The World Drawn By An 11-Year Old Boy From Memory

So this is pretty astounding.

An 11-year old New York boy with autism stunned his parents and friends when he walked into a classroom and drew an intricately detailed world map… purely from memory.

Using a chair to stand on for height, he drew up a map that included political divides in countries, tiny coastal islands, and even small waterways.

According to Reddit user Bobitis who witnessed the moment, he said:

‘He is the son of one of my daughter’s professors. He came into the classroom today and did this.

‘I was amazed …especially as a father of a child with similar attributes.’ 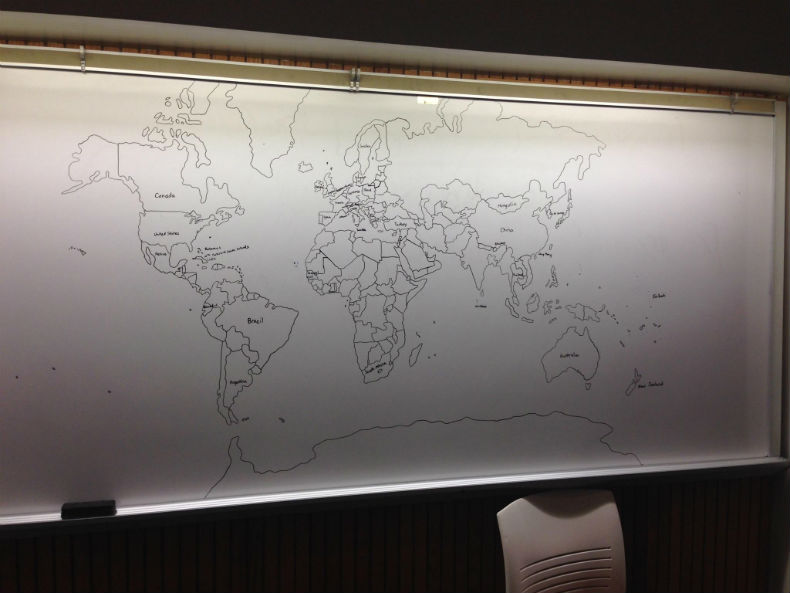 popular
Women are rinsing their hair in apple cider vinegar – and the results are amazing
Toddler dies after being struck by vehicle in Co. Cork
Clubbers left "bleeding from their mouths" after accidentally drinking shots with caustic soda
New photo of Bernadette Connolly released as investigation continues
Gardaí find "no evidence" of needle spiking in Irish nightclubs
Worried about a loved one? Here are 5 signs of suicide to look out for
Actor Michael Madsen's son Hudson has passed away, aged 26
You may also like
2 weeks ago
Government to consider new bill around issue of harmful online content
1 month ago
Everything you need to know about Instagram's new 'take a break' feature
2 months ago
Woman recalls giving birth to surprise baby after cryptic pregnancy
3 months ago
Teen girls are developing tics and doctors say it could be from TikTok
3 months ago
9 of the best memes from when Instagram and WhatsApp were down
3 months ago
Facebook, Instagram and WhatsApp down as outage hits for hours
Next Page