Reheating these common foods could lead to food poisoning

If, like us, the idea of prepping a meal after a long day in work can seem like too much hard work, you could easily fall into the habit of making double portions.

It might sound like a handy way to cook for two days and save some effort, but in the long-run you could be leaving yourself feeling sick from food poisoning.

So what foods should you avoid adding to the dinner you plan to reheat?

END_OF_DOCUMENT_TOKEN_TO_BE_REPLACED

Potatoes can be one of the worst foods to grow bacteria post cooking. If left to cool down at room temperature instead of immediately refrigerating, warm temperatures can promote the growth of botulism bacteria. This strain of bacteria can’t be killed by cooking in a microwave – so you might be best binning those extra leftovers. 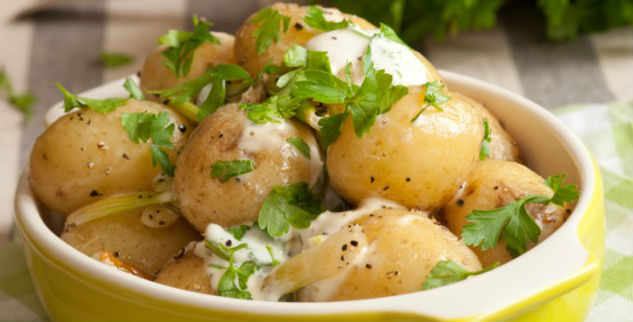 Again, according to the UK Food Standards Agency:

"Uncooked rice can contain spores of bacteria that can cause food poisoning. When the rice is cooked, the spores can survive.

“If the rice is left standing at room temperature, the spores will multiply and may produce poisons that cause vomiting or diarrhoea. Reheating the rice won't get rid of these poisons."

Last but not least, be careful how you choose to reheat any of your meals. Oils such as grape seed, walnut, avocado, hazelnut and flaxseed have very low smoke points.

This means that when you plan to reheat the oil, they run a high risk of becoming rancid. Want to add the flavour? Avoid using them as your cooking oil and instead add as a dressing onto your dish post re-heating to add some extra flavour.

Girls With Goals || Her · Ep.161: Feeling Peachy - Sharon Keegan of Peachylean on being an absolute BOSS!
popular
The DIY frozen coffee recipe that's so delicious you'll never pay for an iced latte again
Wayne and Coleen Rooney spotted holidaying in Ireland
Summer fashion: I got my entire staycation wardrobe sorted with these 7 buys
Planning on visiting the Disenchanted set this weekend? Taxi requests are up by 142%
25 things to do when you are feeling bored – that does not involve scrolling on a screen
Someone has ranked the penis size of men from all over the world
Khloe Kardashian has JUST confirmed she is pregnant
You may also like
1 year ago
Drinking coffee can help ease pain in some cases, according to research
1 year ago
Nutritionist says eggs are an essential breakfast food and we're okay with that
1 year ago
Eating a banana for breakfast is actually a pretty bad idea
1 year ago
Got your period? Try to avoid these foods as much as possible
1 year ago
This is why you should avoid ordering soup when out for a meal
2 years ago
Study shows people who go to sleep at this time consume more calories
Next Page