Ryanair is in hot water over their "Jab and Go" advert that was released at the end of last year.

The ad pretty much encourages people to start booking flights for holidays because the vaccine is here. The commercial has now been banned in the UK after receiving a huge amount of complaints saying it was "irresponsible" advertising.

The Advertising Standards Authority (ASA) said it had received 2,370 complaints about the advert. This makes it the third most complained about ad of all time.

The message in the video encourages people in the UK and Ireland to book Easter and summer holidays after getting the vaccine with the slogan "jab and go". Footage in the ad shows people in their 20s and 30s having fun enjoying their holidays. 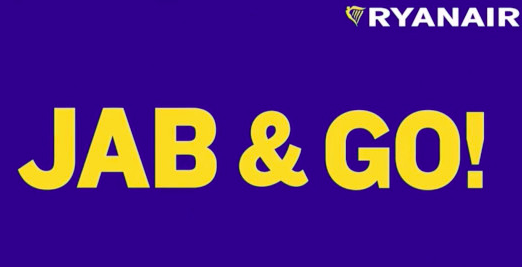 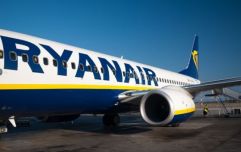 END_OF_DOCUMENT_TOKEN_TO_BE_REPLACED

Many of the complaints made were by people who felt that the ad was careless and implied that most of the UK population would be able to travel without being affected by the virus this summer.

Ryanair said "important contextual factors" needed to be taken into account when looking at the advert, "including the general awareness of the public around the national vaccination programme and the constantly changing restrictions on international travel." 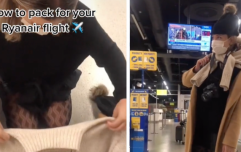 END_OF_DOCUMENT_TOKEN_TO_BE_REPLACED

They added that the advert was meant to be "uplifting" and did not consider the content was insensitive to people who had Covid or lost someone to Covid this year, and was only based on the government's optimistic briefings.

Earlier in the week Ryanair CEO Michael O'Leary defended the airline's 'Jab and Go' ad, claiming that there is nothing insensitive or wrong about it.

He said that the tone of the ad is "completely fine", and that it acts as "the perfect antidote" to RTÉ and NPHET's "daily doses of pessimism".

The ad has not been banned here in Ireland... yet.

popular
Gerard Butler pays tribute to "brother in arms" Darius Danesh
Vogue Williams slams man who refused to swap seats with her on plane
Sarah Jessica Parker offers to help out at Dublin restaurant
Three children among 12 killed in massive European storm
This is the exact date the weather will get warm again
New Zealand family find two bodies in second hand suitcases
Journalist Richard Engel shares news his six year old son has died
You may also like
3 days ago
Ryanair, easyJet and BA issue warning to anyone boarding with smart bag
1 week ago
Forget about ultra cheap Ryanair flights for the foreseeable future, says O'Leary
3 weeks ago
Ryanair cabin crew shares tip to be able to sit together for free
3 weeks ago
What to do if your bag is lost on holiday
3 months ago
Here are the places you will still need a mask to travel to in Europe
5 months ago
Irish TikTok user shares 'secret' trick to getting Ryanair flights cheaper
Next Page