The Most Expensive Places To Rent In Dublin Have Been Revealed

It's no surprise that if you want to live in Dublin's Spencer Dock, you need to be prepared to pay a pretty penny.

A recent survey conducted by Daft.ie revealed the most expensive areas in Dublin to rent in, according to a survey along the city's rail lines.

The survey showed that renters on the green luas line can expect to pay an average of 14 per cent more than those on the red luas line, with the average rent on the green line sitting at €1,444 per month. 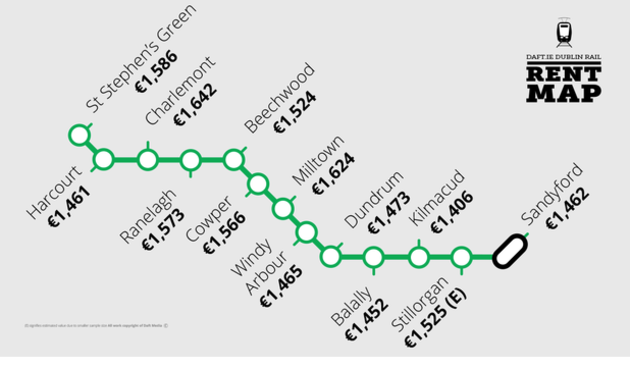 The most expensive area on the line which runs south from Stephen's Green, is Charlemont on the Grand Canal, with nearby Spencer's Dock averaging at €1,800. 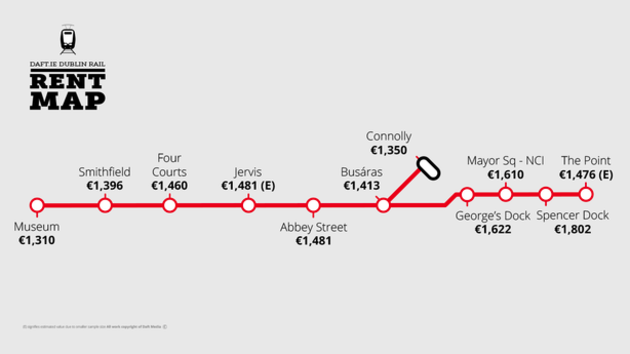 Meanwhile, the five locations with the lowest rents were all situated on the luas red line, with Cheeverstown (€869) and Citywest Campus (€971) offering the best value. 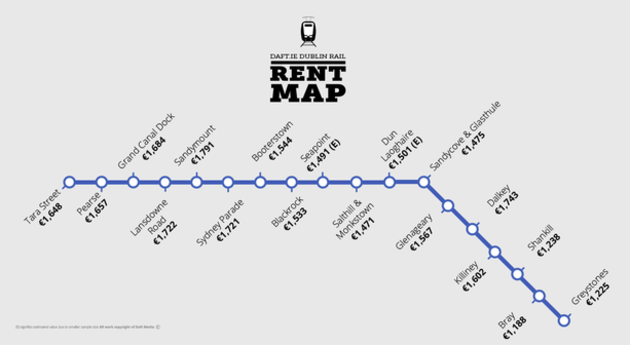 Commenting on the report, economist Ronan Lyons said: "These maps showing average rent by rail station reveal interesting patterns, for example how much more people pay in rent for a two-bedroom when living close to the city centre or the coast."

popular
QUIZ: Can you guess the TV series from the intro lyrics?
Katie Price's son Harvey taken to intensive care at risk of organ failure
Will Smith admits to 'failing miserably' in 21-year marriage to Jada Pinkett Smith
5 absolute essentials for when you're having the gals over for a summer evening soirée
Body found in search for missing Glee star, Naya Rivera
Gua Sha: Is it anything more than dragging a stone across your face?
Someone has ranked the penis size of men from all over the world
You may also like
1 month ago
We are obsessed with these stunning local handmade soap bars by Little Village Soaps
6 months ago
Ones to watch: Eight rising Irish music stars to fangirl this year
6 months ago
8 things that happen in EVERY Irish household on Christmas Day
6 months ago
Waterford singer Moncrieff is making waves in London and even Elton John is listening
7 months ago
"Pinch me!" Irish songwriter Ruthanne Cunningham is floored by Grammy nomination
9 months ago
'First time in 7 years' - Una Healy reveals her plans for Christmas in Ireland
Next Page