It's not just the sun that rises every morning.

Most of us in heterosexual relationships are familiar with that morning poke in the lower back.

But before you get flattered at your amazing superhuman power to turn him on even when you're asleep and drooling- read on.

END_OF_DOCUMENT_TOKEN_TO_BE_REPLACED

According to a study by the Society for Endocrinology, the fact that certain parts of his brain shut down during REM sleep means that his grey matter is no longer controlling his penis.

When he's awake, his brain regulates his erections as and when he is turned on, however during this REM period, the penis can do what it wants. 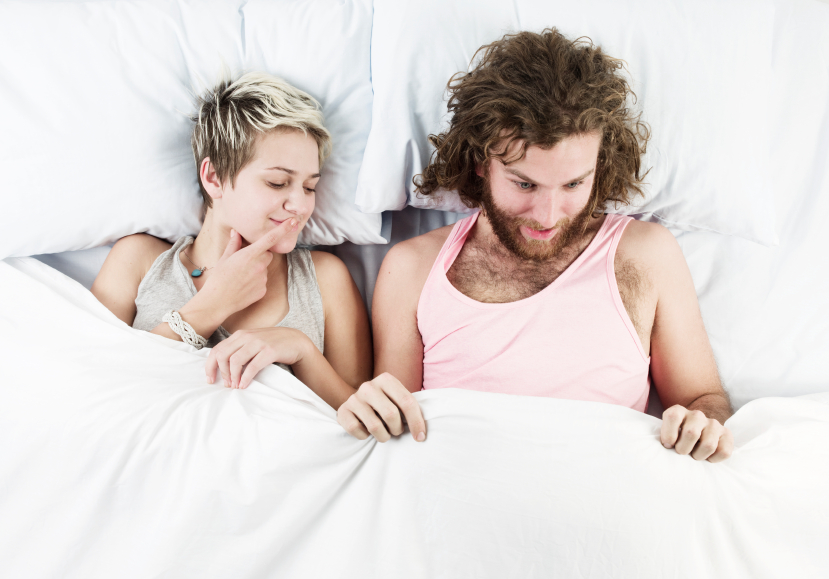 "But why would it want to be hard if it's not turned on?" I hear you ask.

Well, according to Dr. Joseph Alukal, assistant professor of Urology and Obstetrics and Gynecology at NYU Langone Medical Center​, this is when the penis takes it's opportunity to exercise.

He explains: "There's no other place in your body that has to trap blood for an extended period of time.

"For example, if we took a tourniquet and tied it around your foot for a half hour, we might have some problems afterward."

END_OF_DOCUMENT_TOKEN_TO_BE_REPLACED

"But your penis is expected to trap blood for a half hour or an hour and be fine afterward. This could be part of the programming that reminds the penis, 'This is how you do your job.'​"​

And here was us thinking it was us.

popular
Late Late Show viewers are not happy with Ryan's questions for Billy Connolly
'They're Absolutely Devastated' - Parents Of Pop Star's Fiancé Refuse To Attend Wedding
10 items from Zara for the perfect autumn capsule wardrobe
15 brilliant stocking fillers we are picking up from Penneys before they sell out
9 of the best horror movies on Netflix this Halloween
Say hello to fairy hair, the dreamy new trend popping up all over social media
Strictly microphones pick up gas audio from the contestants
You may also like
2 years ago
The one thing that couples should do together every day
2 years ago
The three questions you should ask before ending a relationship
2 years ago
Apparently, living together before marriage can have THIS side effect
2 years ago
Research suggests this physical trait makes for a better relationship
2 years ago
Science says this is how many dates you have to go on before you find 'The One'
2 years ago
The age you get married could affect whether you divorce or not
Next Page