We're far more anti-social that we like to believe we are.

Ever heard of JOMO? It's the Joy Of Missing Out, and means we'd rather be sitting in re-watching The Wire for the fifth time than going to the pub.

According to a survey of 2,000 people by Deliveroo, more than 70% prefer a quiet night in to a night out on the beer, and it's not just people in their 30s.

The survey points out that almost half of those polled - 49% - prefer to stay in and watch Netflix than head out with their friends.

The ordeal of putting on fancy “going out” clothes, loud bars and, curiously, the prospect of sticky floors all feature high on the list of reasons people prefer to stay at home.

Saturday nights out are the most cancelled with one in five adults (20%) preferring to cancel and stay at home, followed by Friday nights (19%).

Half of people surveyed admitted that they would accept an invitation to a night out, knowing full well that they have no intention of moving off the couch.

Worse again, 5% of Irish don't bother cancelling at all, they just don't show up.

The top ten reasons Irish people use to avoid going out

4. Having to look after family members, including pets (13%) 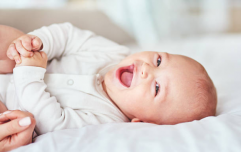 END_OF_DOCUMENT_TOKEN_TO_BE_REPLACED

10. My mobile isn’t working (In reality turning their device off or on flight mode) (2%)

Also, the top five reasons people choose to stay in rather than go out


popular
The €25 New look jumper that would be a cosy dream on cold mornings
BRB, running to Penneys for the €19 trousers that look like they cost ten times the price
Here is where you should get engaged, based on your star sign
Say hello to the €40 Stradivarius dress you're going to be seeing everywhere in summer
Coronation Street's Geoff and Yasmeen storyline sparks more than 100 Ofcom complaints
Holly Willoughby's Zara shirt is the workwear must-have you need in your life
Introducing the €35 Penneys coat you're going to see everywhere on Instagram next season
You may also like
1 month ago
Ones to watch: Eight rising Irish music stars to fangirl this year
2 months ago
8 things that happen in EVERY Irish household on Christmas Day
2 months ago
Waterford singer Moncrieff is making waves in London and even Elton John is listening
3 months ago
"Pinch me!" Irish songwriter Ruthanne Cunningham is floored by Grammy nomination
4 months ago
'First time in 7 years' - Una Healy reveals her plans for Christmas in Ireland
4 months ago
Finné returns tonight with Sophia Murphy's story of the sexual abuse she endured by her father
Next Page