She's found the solution to an ever growing problem.

There's nothing worse than a dick pic. Who REALLY wants to see one?

END_OF_DOCUMENT_TOKEN_TO_BE_REPLACED

One British woman, Samantha Mawdsley has demonstrated exactly how to deal with weirdos sending you x-rated pics.

Samantha posted pictures of the conversation with the male who sent her an unsolicited picture and the results are glorious.

In a post, Samantha explained how after leaving a review on a restaurant's Facebook page, she was asked to check her messages but little did she know she was going to be plagued by a picture of a random man's genitalia.

What ensues is a conversation where Samantha gives the proud dick-owner a taste of his own medicine - by sending tonnes of penis pictures back to him.

Covering the penii in Facebook stickers, the chat shows how entitled and stupid some men can be in thinking sending dick pics is appropriate. 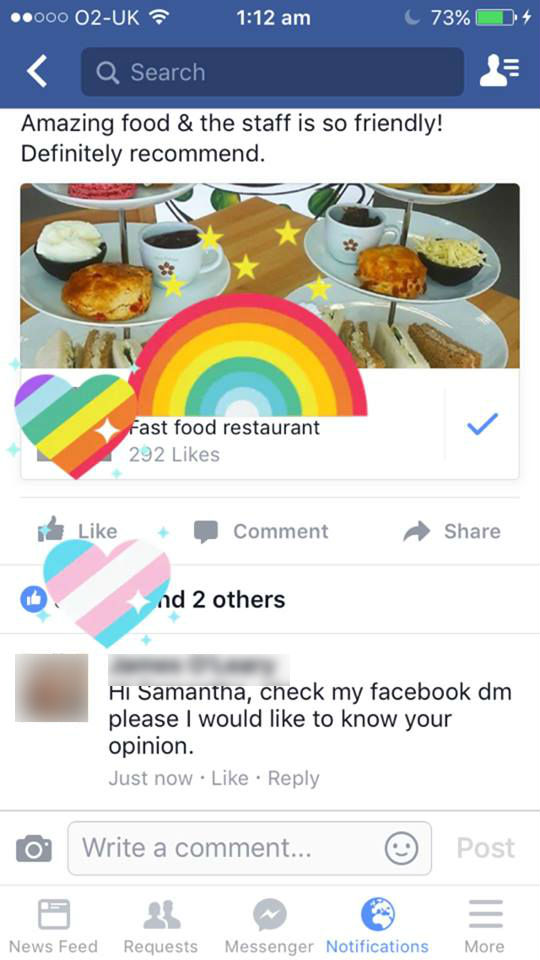 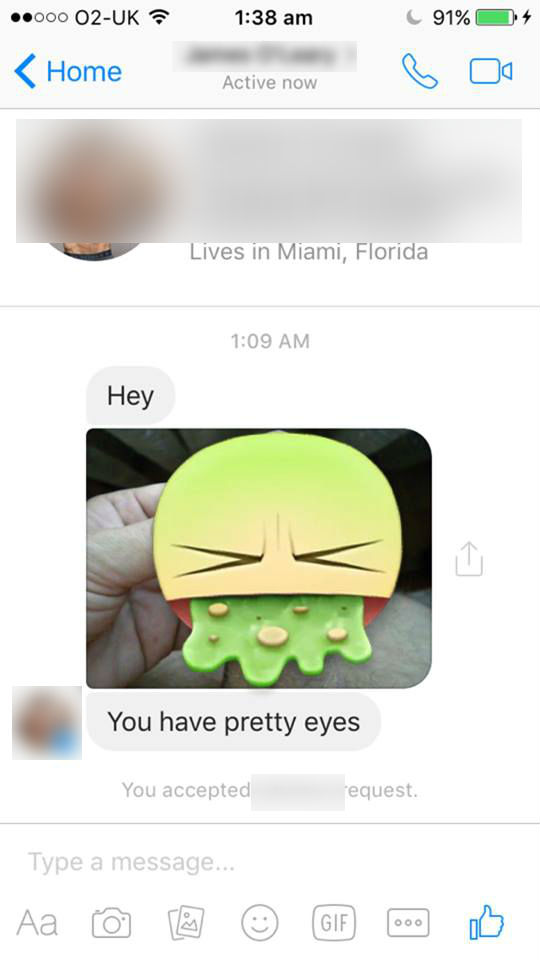 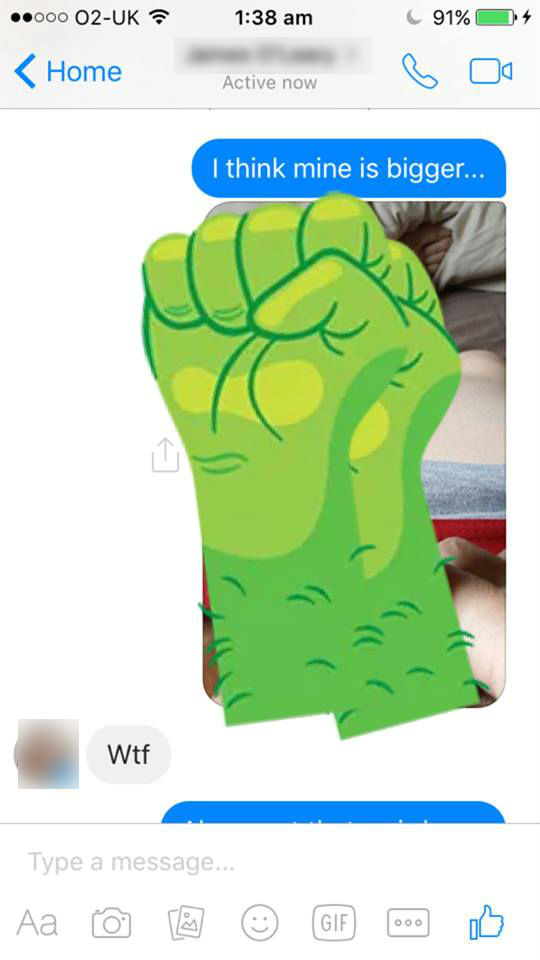 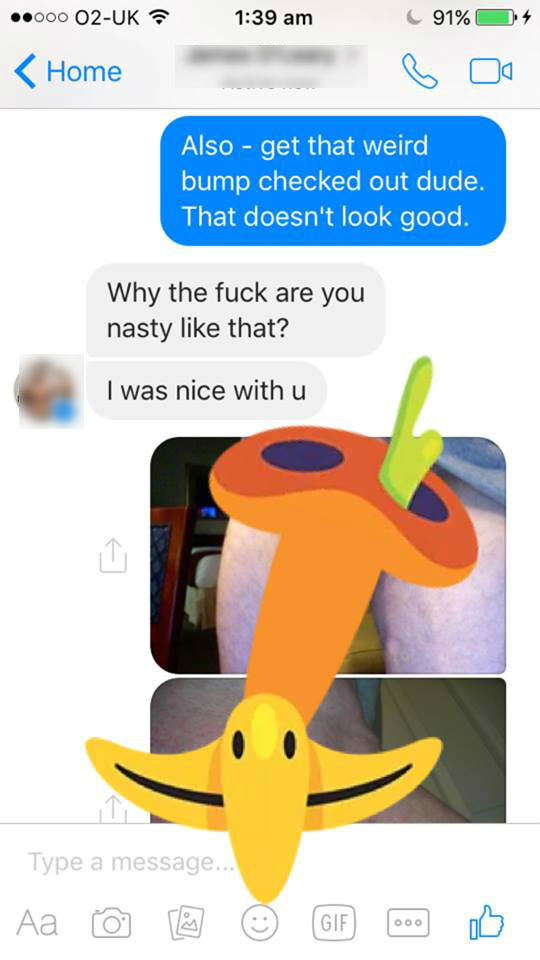 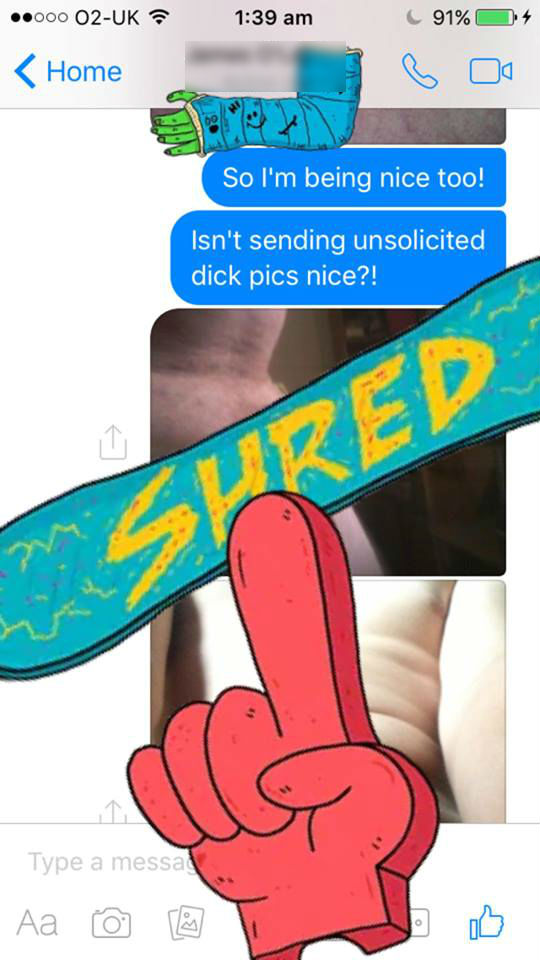 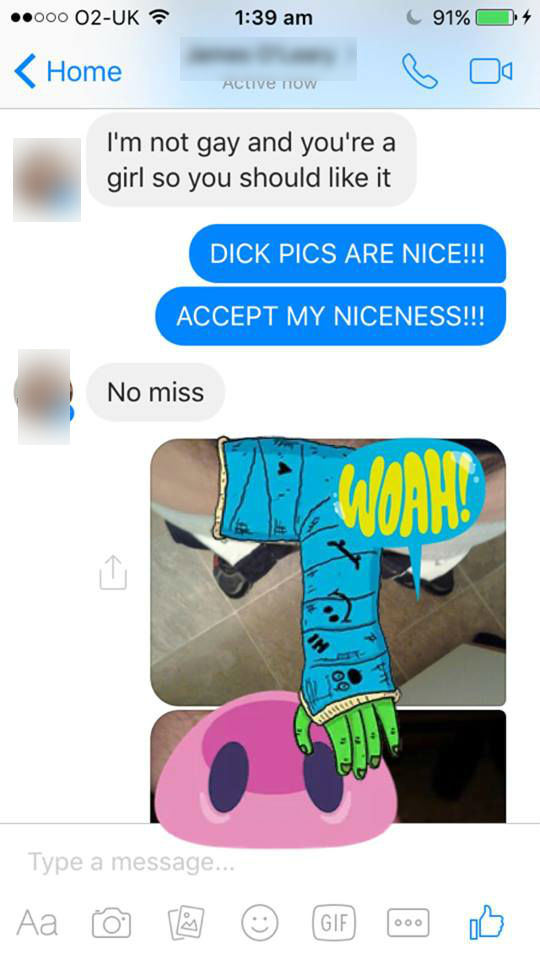 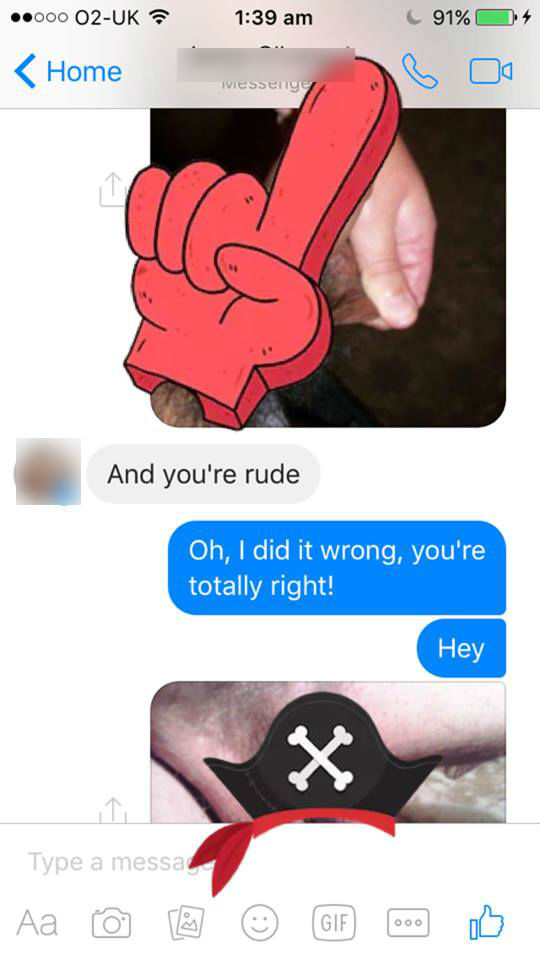 The man begins to plead with Samantha to stop, as she TROLLS him with pictures of male genitalia. 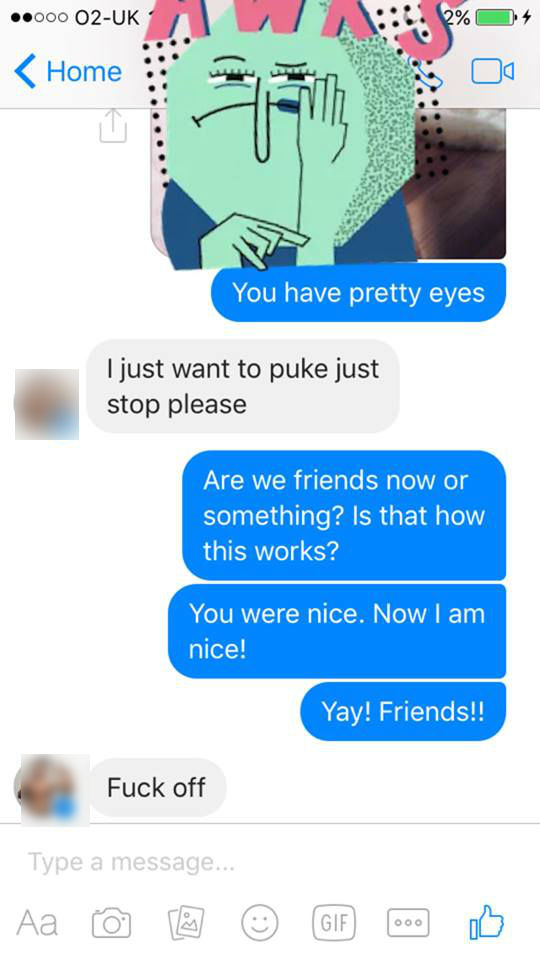 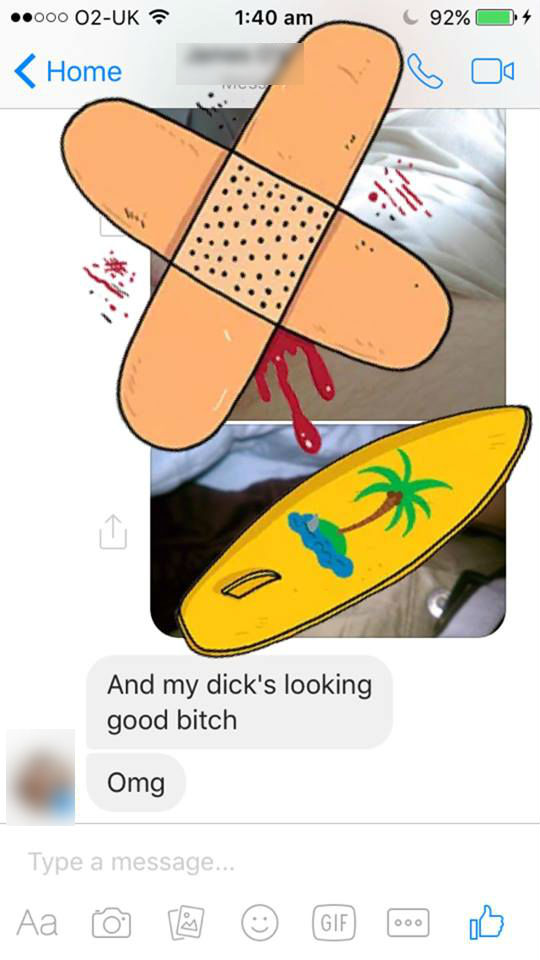 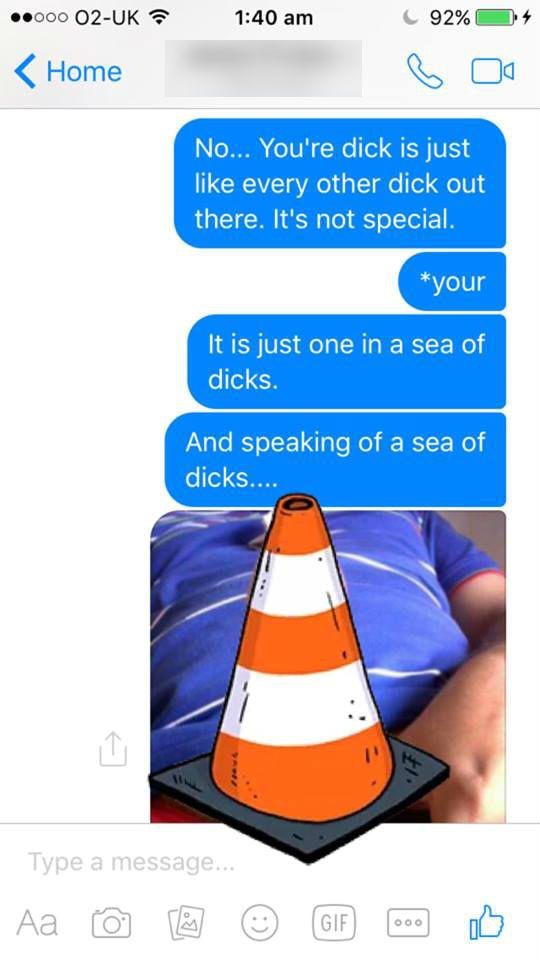 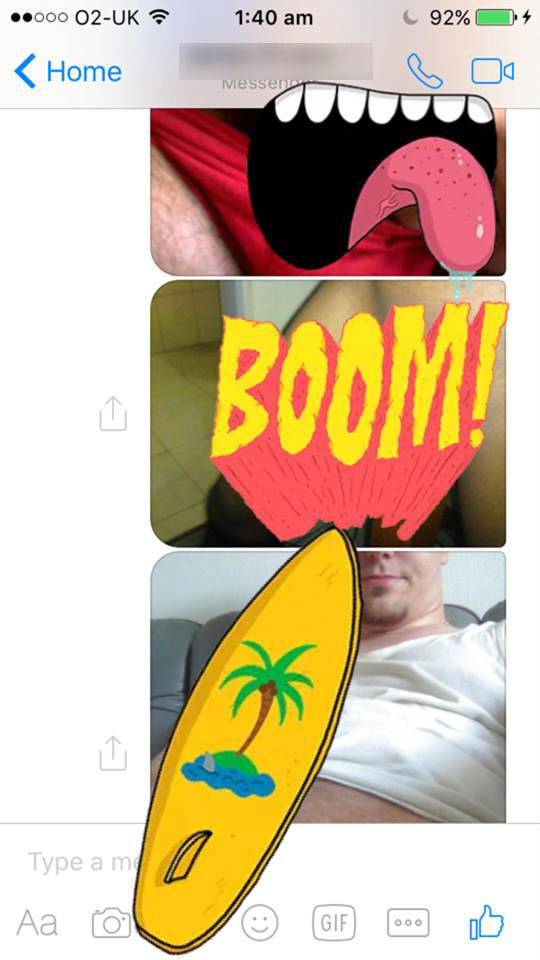 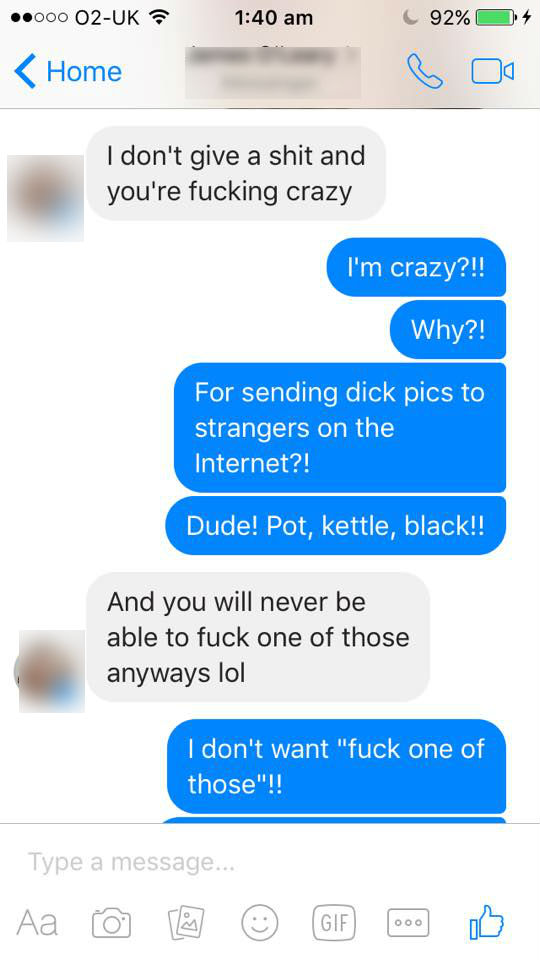 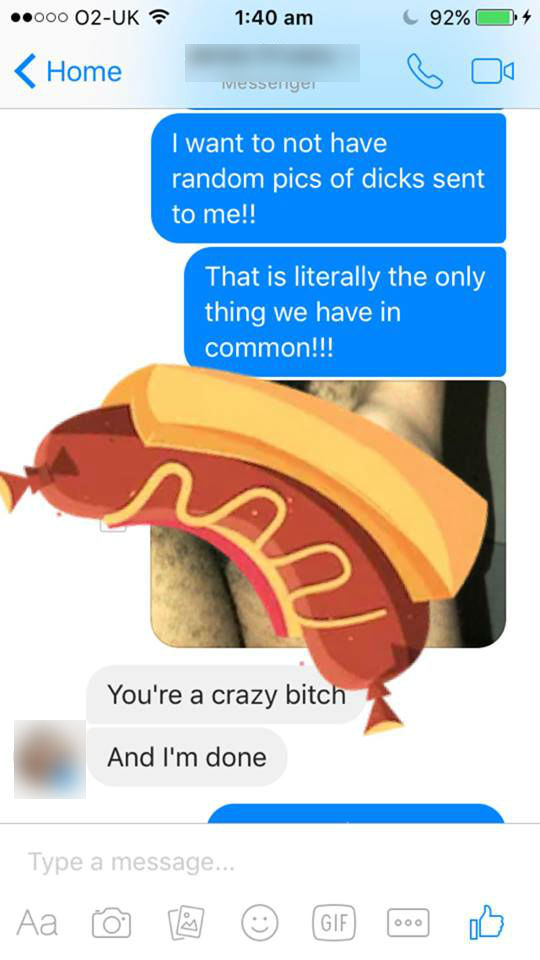 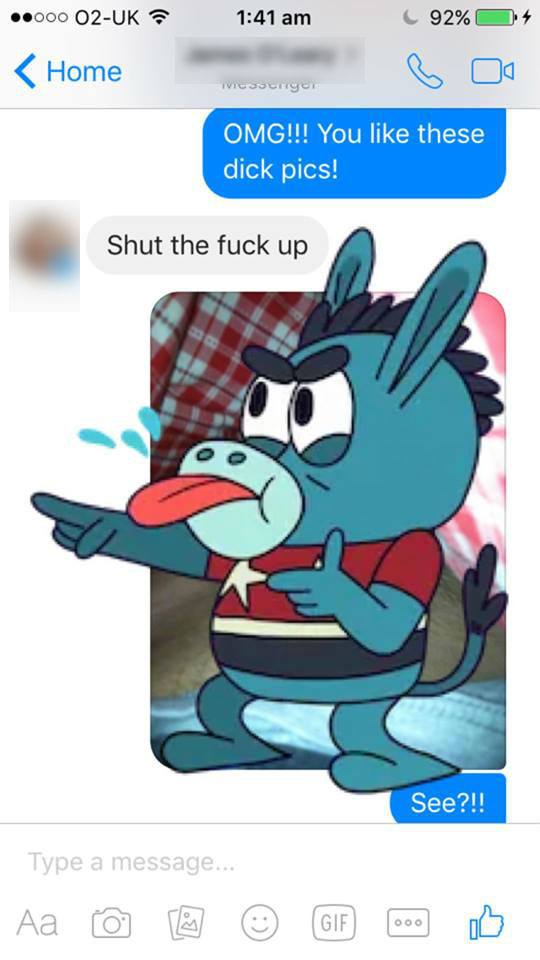 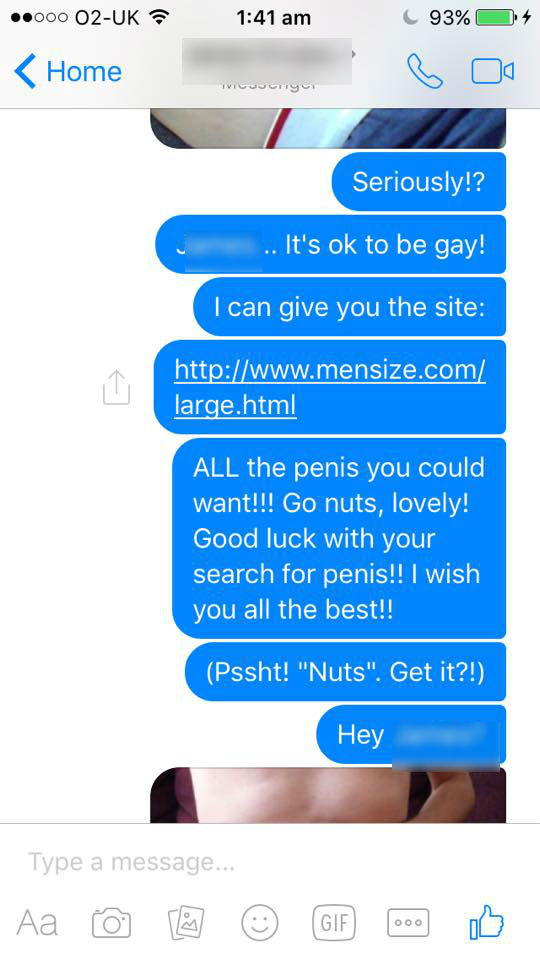 The most ironic part of the whole situation is that despite the male sending a dick pic to a total stranger, he pleads with her to keep it private. 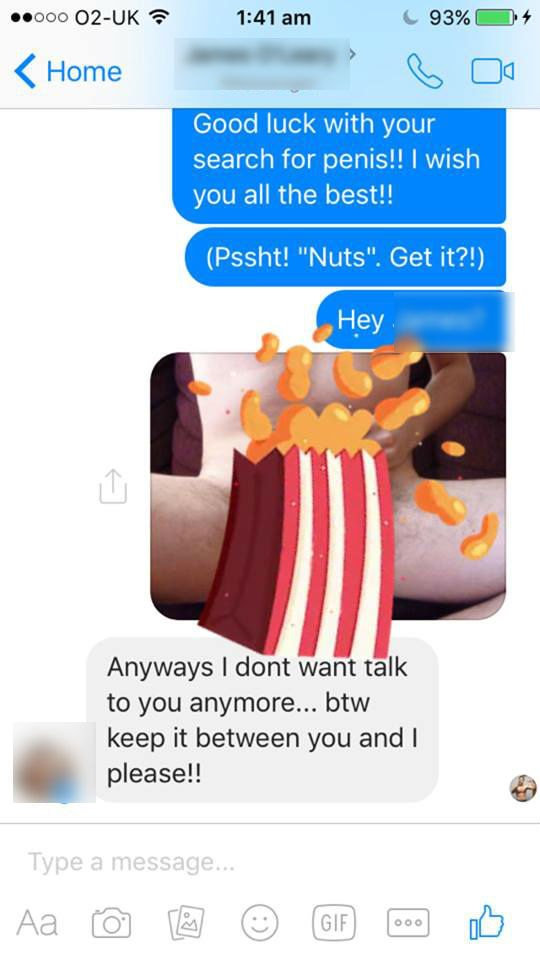 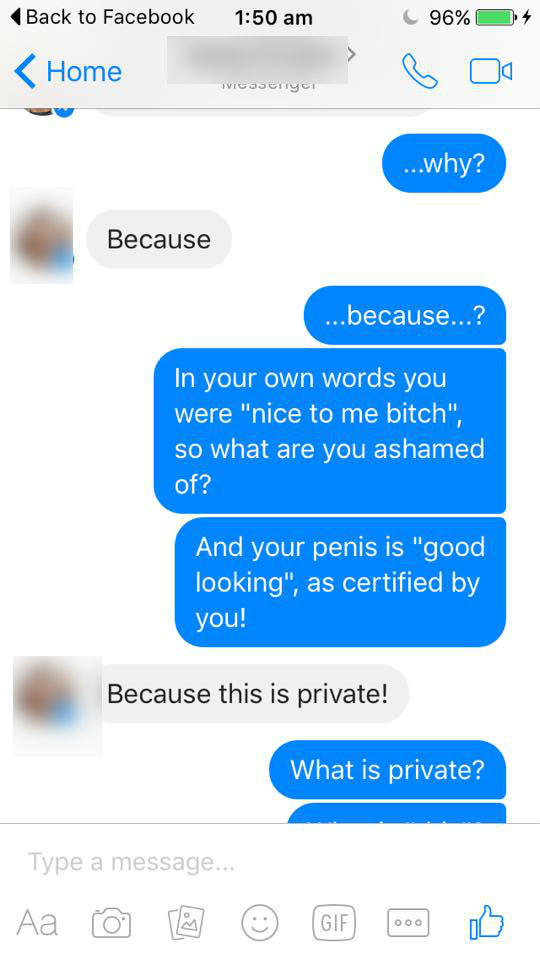 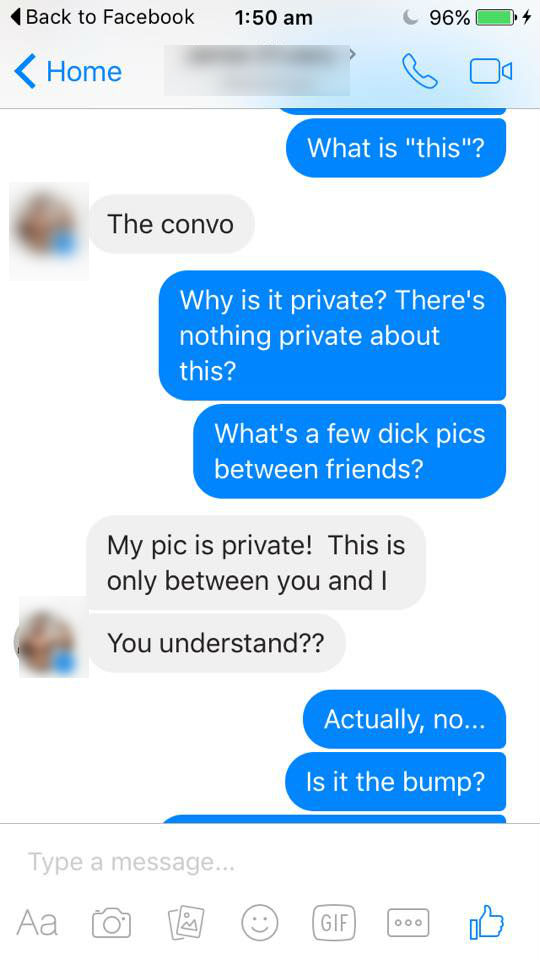 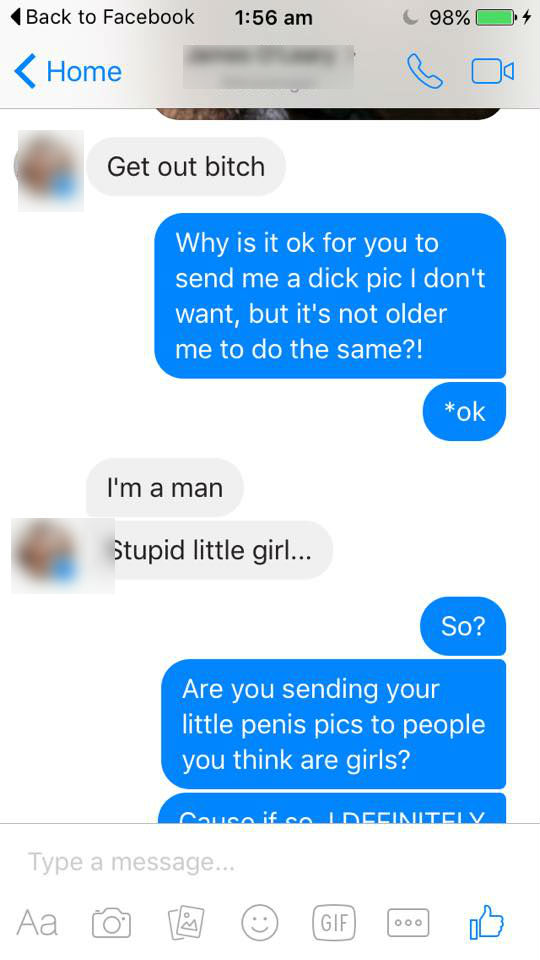 After the tirade of abuse he sends, he confesses his fear of being exposed. WHAT. A. DOUCHE. 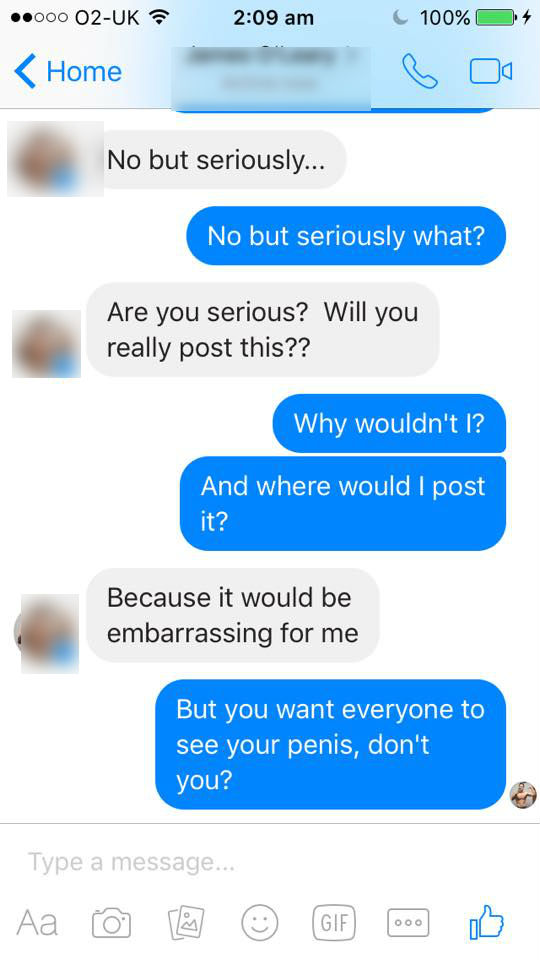 Following the long conversation, QUEEN Samantha leaves him with a final gift and if he has any sense at all he won't be sending pictures of any sort any time soon. 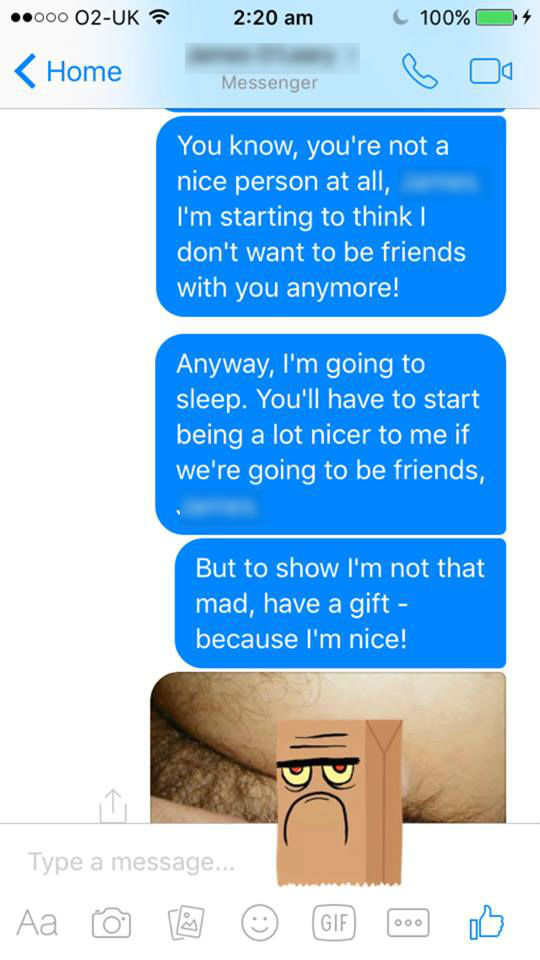 Moral of the story? DON'T SEND PICTURES NOBODY ASKS FOR.

popular
Irish girls name was the most used Irish name in the United States last year
Brian Laundrie admitted he "ended" Gabby Petito's life in notebook confession
Ikenna called out by Laura Whitmore after calling Love Island experience a "holiday"
Met Éireann issues Status Yellow rain warnings for five counties
Love Island fans want Ekin-Su's family to get a reality show following Aftersun appearance
5 simple ways to build a more positive mindset, according to an Irish therapist
Vicky Phelan "holding her own" as she shares health update
You may also like
3 months ago
Facebook and Instagram down amid social media outages
4 months ago
Facebook and Instagram could be heading for shutdown across Europe
5 months ago
Rejoice - Instagram is bringing back the chronological news feed
7 months ago
WhatsApp to stop working on over 50 phone models today
8 months ago
Facebook looks set to change its name as part of rebrand
8 months ago
9 of the best memes from when Instagram and WhatsApp were down
Next Page