"O Holy... F*CK" - This May Be The Most Annoying Christmas Office Prank Of All Time

There's nothing worse than having to pretend to laugh at a ridiculously annoying prank.

Like when someone thinks it's hilarious to throw you into the pool after you've just done your makeup, or puts salt in the sugar shaker. Not. Funny.

END_OF_DOCUMENT_TOKEN_TO_BE_REPLACED

This office Christmas prank is up there with the worst of them, and we're just not sure we'd be able to laugh if it was us.

Austin Woodroofe's colleagues were full of festive mischief it seems and decided it would be HILARIOUS to wrap everything he owned in cheerful Christmas wrapping paper.

His friend Graham Curtis sent this picture in along with a snap of Austin looking extra joyful to our JOE bros. 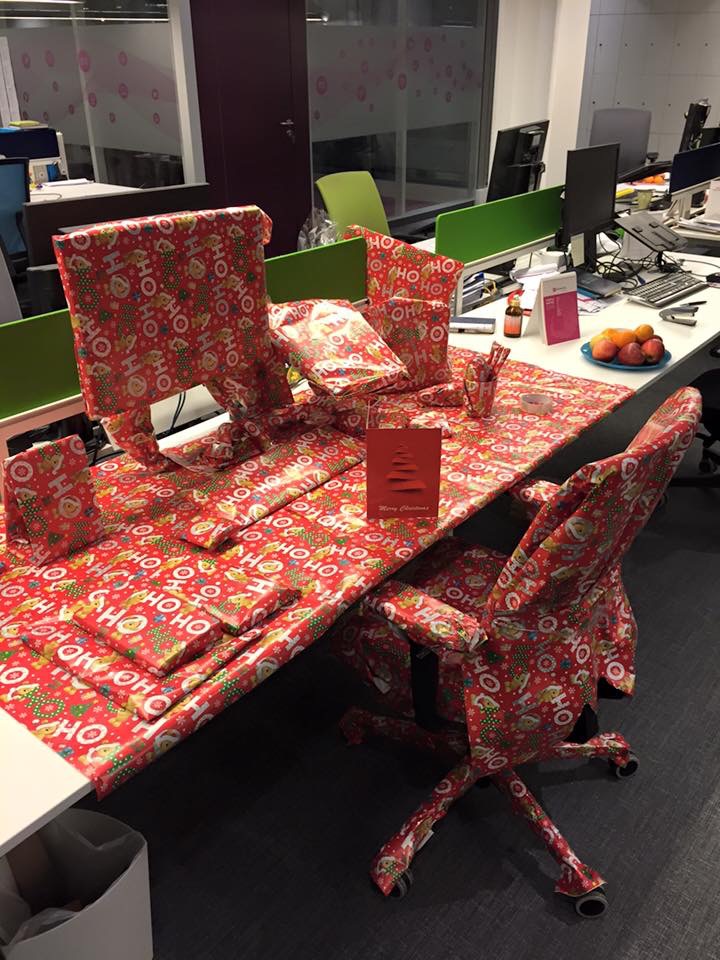 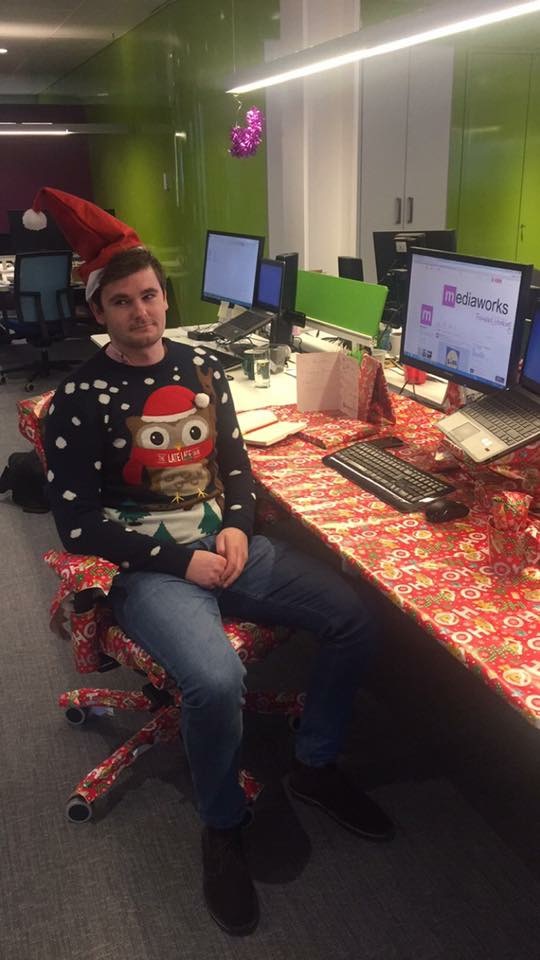 popular
Kanye to give Kim Kardashian $200k in child support every month
Fundraiser set up for boy attacked by pit bull in Wexford
Balenciaga is suing production company following offensive ad campaign
The trailer for Channel 4's Vardy V Rooney: A Courtroom Drama has dropped
Olivia Wilde struggling after Harry Styles break-up
"I've got nothing to hide": Ekin-Su confronts Davide over afterparty video
Fair City star Jenny Dixon shares her twins' gender in sweet video
You may also like
6 months ago
WATCH: People are losing it over clip of Kendall Jenner trying to climb stairs at Kourtney's wedding
7 months ago
Hilarious moment Irish Rail passenger spots "collapsed man" on platform
1 year ago
You's Penn Badgley and Cardi B are fangirling over each other on Twitter
1 year ago
Bride receives bouquet of chicken nuggets from best friend on wedding day
1 year ago
Tom Daley went viral for knitting at the Olympics - and it's all for charity
1 year ago
Shrek fan notices X-rated Easter egg that we all missed as kids
Next Page