#WakingTheFeminists Meeting Calls For Gender Equality In The Arts

The Abbey Theatre hosted a discussion today surrounding the gender balance problem in the theatre industry.

This afternoon people gathered excitedly outside the front entrance of the Abbey theatre as press and TV cameras sat ready and waiting, with passers by stopping to ask what was happening. A group of female theatre professionals unfurled a banner emblazoned with the words "WAKING THE FEMINISTS". It was the beginning of an emotional and powerful afternoon of stories. 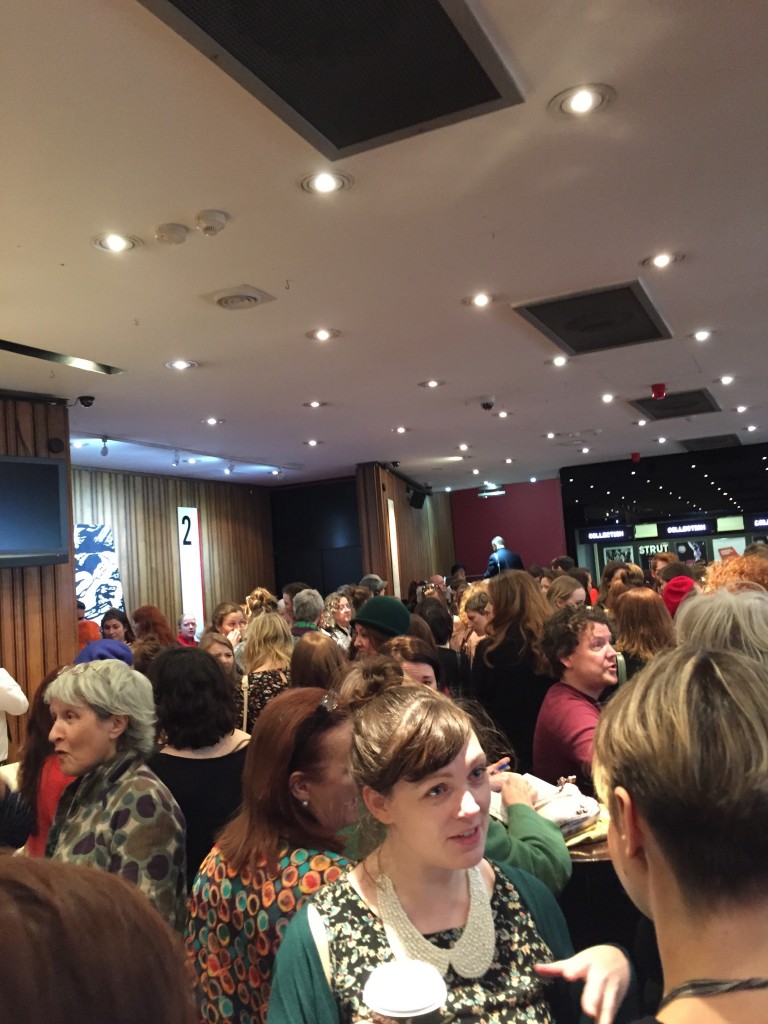 A packed lobby this afternoon.

END_OF_DOCUMENT_TOKEN_TO_BE_REPLACED

The main stage played host to Ivana Bacik who MCed the event, and included speakers like Lian Bell, playwright Deirdre Kinihan and director Grace Dyas. The atmosphere inside was brilliant, with each speaker on stage having 90 seconds to talk about their experiences of gender inequality in the theatre industry and across all spheres.

Bell, a set designer and arts manager who sparked the debate online, made an impassioned opening statement to the packed theatre:  "Two weeks ago I started posting my thoughts online about gender equality because I was tired of quiet conversations in corners. I didn't realise how much anger and frustration I had about the situation, but apparently I do. We all do. We can't keep watching talented women artists being overlooked." After Bell many more actors, directors, writers and activists took to the stage to speak powerfully and honestly about the inequalities they have faced in the past and continue to struggle with today as women. "I worked as Resident Assistant Director here at The Abbey at the beginning of my career. I was proud to work at my national theatre, alongside brilliant people. But there’s brutality to working on a stage for nearly two years and in that time never working with a female director, and never on a play written by a woman", Una Murphy, theatre director told the crowd. 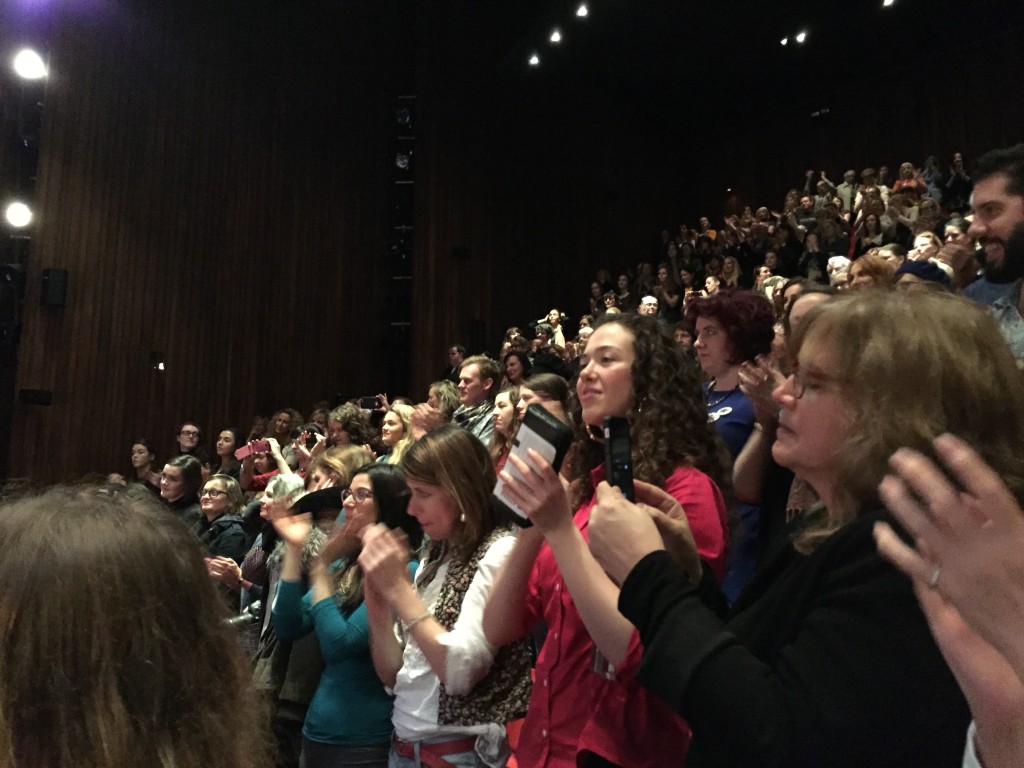 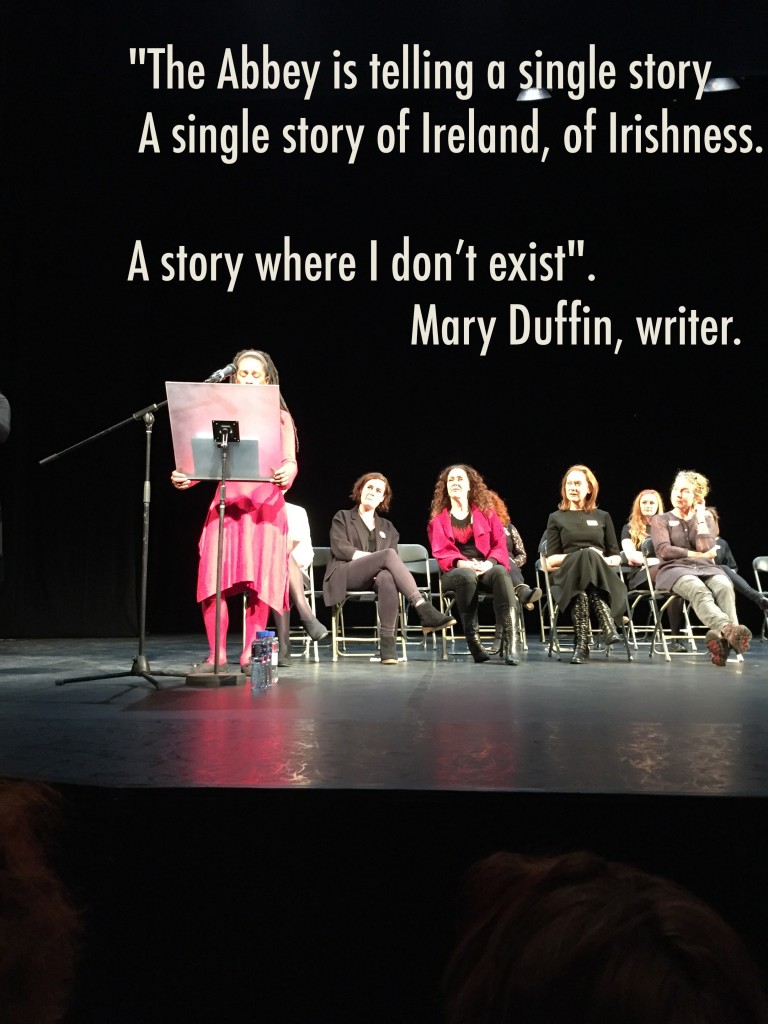 "It’s not good enough, and we all know the imbalance is everywhere. It runs frighteningly deep" - Ali White, playwright. "I want to thank all the women who spoke for me on stage when I couldn’t speak for myself. I have experience out and out misogyny"- Grace Dyas, theatre director. After the women had spoken comments from the floor followed, including one from the Director of the Abbey Fiach Mac Conghail: "Today was historical and I am extremely humbled. I failed to check my privilege… society is overwhelmingingly biased towards the male narrative and visibility is key here. We need to make an urgent commitment to generate balance".

The afternoon ended with an amazing singalong to the Aretha Franklin classic, R.E.S.P.E.C.T. and women working in Irish theatre are not asking for it, but demanding it.

Girls With Goals || Her · Ep.160: The Beauty Of Coaching - Hayley Harrison joins us from Sport Ireland
popular
TikTok Trend: What is laundry stripping and does it work?
M&S just launched the designer collaboration of dreams – with the ONE dress everyone needs
Kate Middleton has addressed the rumours that she's pregnant with her fourth child
Starbucks has a bubblegum-flavoured frappuccino on their menu – but you need to hurry
Here's what happens on every day of your menstrual cycle (roughly)
The Queen has banned Meghan Markle from wearing any of Princess Diana's jewellery
Rosacea awareness month: 3 skincare products many rosacea sufferers swear by
You may also like
4 days ago
Instagram v reality: Why are we so fascinated by "normal" photos of celebrities?
3 weeks ago
Woman goes viral on TikTok after posting picture of wine glass without noticing reflection
3 weeks ago
Laura Whitmore replies to "disgusting" Instagram DM, urges people to "think before they send"
1 month ago
Instagram bans adults from messaging users who are under 18
4 months ago
David Attenborough quits Instagram just two months after joining
11 months ago
No more bad news: Just how beneficial is it to get off the grid during #Covid-19?
Next Page