These are the two traits a couple needs for lasting love

Science apparently has the answer to the two traits that guarantee a long-lasting relationship – and it’s not trust or a good sense of humour.

According to the latest study on maintaining a happy long-term relationship, kindness and generosity topped the poll for how to keep the romance alive.

The study was conducted by a group of psychologists analysing newlyweds and long-term couples. For those who were committed in long-term relationships, psychologists found that the friendship and generosity kept a spark alive – even more so than trust or lust.

END_OF_DOCUMENT_TOKEN_TO_BE_REPLACED

Digging deeper into the research, psychologist Ty Tashiro identified that only three in ten pairs remain in healthy, happy marriages.

With a team of researchers, they hooked the couples up to electrodes and asked the pairs to speak about their relationship like how they met, a major conflict they were facing together, and a positive memory they had.

As they spoke, the electrodes measured the subjects' blood flow, heart rates, and how much sweat they produced. Then the researchers sent the couples home and followed up with them six years later to see if they were still together. 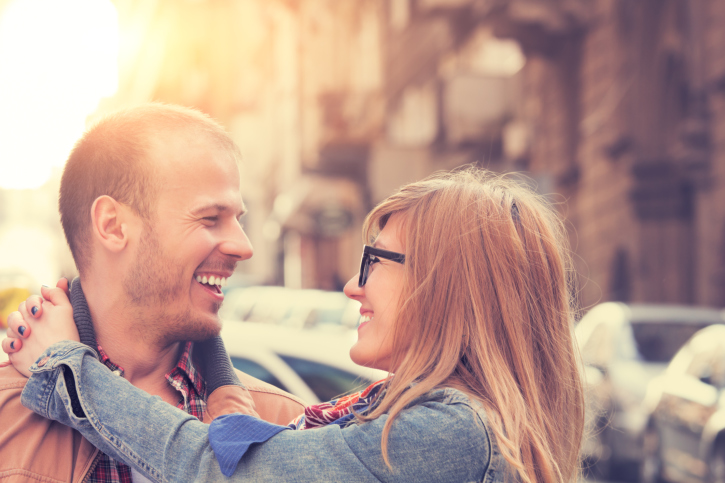 From the research gathered, the team separated the couples into two major groups: the masters and the disasters. The masters were still happily together after six years. The disasters had either broken up or were classified as 'chronically unhappy' in their marriages.

When the researchers analyzed the data they gathered on the couples, they saw clear differences between the masters and disasters. The disasters looked calm during the interviews, but their physical reactions, measured by the electrodes, didn't match their exterior.

Their heart rates were quick, their sweat glands were active, and their blood flow was fast. Following thousands of couples, the study found that the more physiologically active the couples were in the lab, the quicker their relationship dissolved over the years.

END_OF_DOCUMENT_TOKEN_TO_BE_REPLACED

Comparing the results with the masters, the team found the masters had body language indicating real friendship – as well as interacting with one another. Their shared positive memory also focussed on an act of kindness amongst the couple.

So what does this mean?

According to psychologist Ty Tashiro, the couples that lasted were happier due to a shared understanding of happier memories, were more considerate in their answers and noted times of shared interest. Their body language also indicated real friendship, and not just lust in their initial interviews.

So the key to a long relationship?

Be each other's best friend. Not just the love or lust of their life.

popular
Taoiseach Micheál Martin asks public for 3 things, confirms some restrictions staying
Man arrested after woman raped on train as passengers filmed it
Jamie Redknapp marries girlfriend without ever announcing engagement
Giovanni serenades Strictly partner Rose after Maura split
Nightclubs will return with proof of vaccination under Government's new reopening plan
Family of four found dead in hotel sauna
Will the clubs be reopening on October 22? Here's what we know so far
You may also like
2 years ago
The one thing that couples should do together every day
2 years ago
The three questions you should ask before ending a relationship
2 years ago
Apparently, living together before marriage can have THIS side effect
2 years ago
Research suggests this physical trait makes for a better relationship
2 years ago
Science says this is how many dates you have to go on before you find 'The One'
2 years ago
The age you get married could affect whether you divorce or not
Next Page