A wedding photographer in Australia has come under fire after allegedly calling a client the "ugliest bride ever" on his company Facebook page.

Ashlea and Daniel Howard hired Lee Maxwell Judd to photograph their wedding but were left distraught when they stumbled across a comment posted from his account, calling her the "ugliest bride ever" and accusing her of being a Bridezilla. 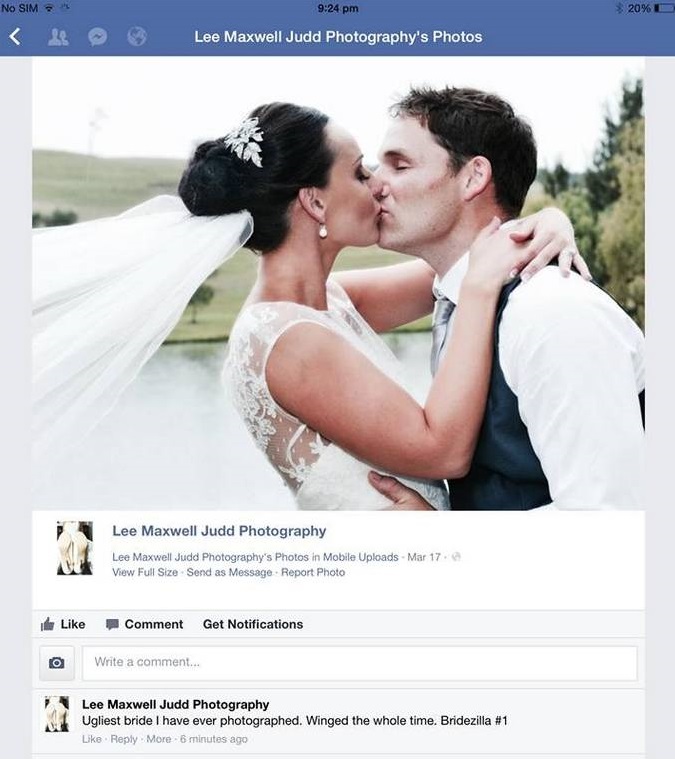 END_OF_DOCUMENT_TOKEN_TO_BE_REPLACED

Ashlea told Mail Online that his behaviour was "truly disgusting" and said she was "absolutely mortified" when she discovered the slur.

She added that while she had been happy with 90 per cent of the photos taken, she had fallen out with Judd after criticising the "artsy fartsy creative" shots taken during the day.

Judd has since claimed that the comment was posted after his account was hacked but said that he had received a large number of 'likes' on his page and future bookings in the wake of the scandal. 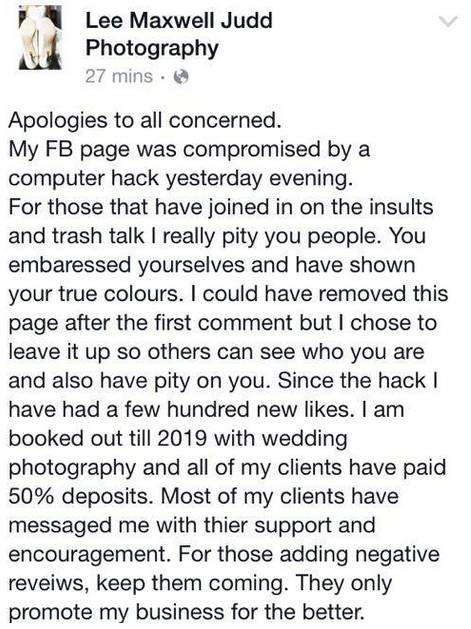