Woman's story about getting her 'sexual aggressor' fired has unexpected ending

A woman's story about getting her "sexual aggressor" fired from work has gone viral.

Writing under the name 'ThankCod' on Reddit, the unknown woman said that she got her sexual aggressor fired and that she was "quite satisfied" with the outcome.

The woman began her story by saying that a man she worked with would often touch her inappropriately as she walked the halls.

"... A brush on the butt, on the side of my breasts. It kept happening and he played innocent always passing by with no eye contact.

"Today he one upped himself and actually goosed my butt. Full on pinch."

The Reddit user said that she felt defeated and that she didn't say anything because she was afraid nobody would believe her.

However, then she decided differently.

The woman said she walked back to her co-worker and proceeded to do the following:

"I walked by him and turned my butt right next to his hand and just full on farted. Loud and angry.

"He proceeded to freak out and then I freaked out. No more will he look at my ass as sexual, but a fart box that has forever claimed his tiny hand."

You may be wondering how such a scenario ended up with this guy being fired for touching women without their consent.

ThankCod goes on to say that eventually, the pair were called into their boss's office.

"Boss overheard after other people kept talking about it, brought us both in, found out I was one of five he's done this to.

"He said I intentionally farted on him (I said it was an accident) which I knew would freak him out. When he pinched me it was 'a joke.'

"As soon as he said that, I was told to excuse myself and he's currently cleaning out his desk. 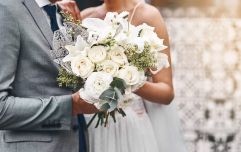 END_OF_DOCUMENT_TOKEN_TO_BE_REPLACED

Fuck you, Ted is right.

The woman's story has since received over 500 comments on Reddit, with many people commending her for her quick thinking.

However, others simply found it disheartening that the only thing that could stop a man from touching a woman without her consent was a fart.

"It's hilarious and smart, but it's also real SAD that that was how far she had to go to teach a grown man what not to do," said one user. "It's like he never grew up, and was still a child needing to be hit in order to be taught a lesson."

However, one person left a comment that was so stunning and so rewarding that it's 100 percent deserving of its own viral post.

They explained how the term 'booby trap' came about... and it's fascinating.

"Martha Sigall tells a story of a big-breasted painter who had to endure a certain male animator who like to reach around from behind and squeeze her breasts while she was trying to paint.

"When she complained, she was just laughed at and called a spoilsport. Finally she came up with a solution.

"She lined a padded bra with sharp steel push pins, points out, and covered it with a loosely fitted silk shirt. When the animator in question grabbed the booby traps, he let out a howl. He was cured of such behaviour."

popular
Woman killed in Clare crash named as Peggy Twomey, mother of Marty Morrissey
Nick Cannon's 5-month-old son Zen has passed away
Mrs Brown's Boys star Fiona O'Carroll split from co-star husband after 15 years
Someone has ranked the penis size of men from all over the world
Woman in her 90s dies after horrific road crash in Clare
Maura Higgins ends up in A&E with everyone's nightmare injury
People are losing it over Lana del Rey wearing a Shein dress on the red carpet
You may also like
5 days ago
Selling Sunset is getting roasted over a glaring continuity error in season 5
1 month ago
Bride disinvites woman from wedding, still wants to wear her dress
2 months ago
Bride asks guests to pay per slice of cake eaten at wedding
3 months ago
Best man ordered to leave wedding by bride after risky joke backfires
6 months ago
Bride plans to feed wedding guests one chicken goujon each for dinner
1 year ago
Woman demands her twin sister change her adopted daughter's name as she wants to use it
Next Page