Vibrators are great - everybody knows that.

They're pleasurable, they're fun, and they're a great time killer.

Whether you spend a tenner or a hundred euro on a sex toy, if it's vibrates, you'll be able to hear it.

Some of them are quiet enough, emitting a low buzzing that could be mistaken for a bee in a far away land.

Others though... others are as loud as commercial lawnmowers which, you know, makes the whole experience ever so slightly less arousing than it should be. 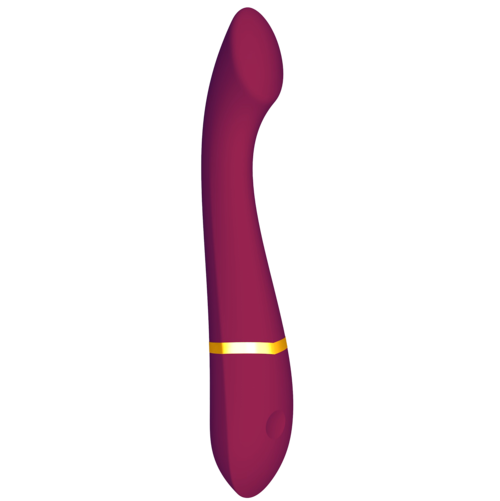 END_OF_DOCUMENT_TOKEN_TO_BE_REPLACED

According to the Laviu website, their secret is "a soundless, pulsating surface without any disturbing noises that leads to a more intense body experience. So you can focus on what really matters."

The Laviu is currently being funded by investors and on Indiegogo. It's already made over €1,00,000 too so it's looking fairly likely that the sex toy will be making its way to the market soon.

popular
QUIZ: How well do you remember The Princess Diaries?
Know someone from Dublin who is living abroad? They might need this candle
Security footage released of Naya Rivera as search is updated to recovery mission
Glossier: A first-time buyers guide to this cult beauty brand
5 absolute essentials for when you're having the gals over for a summer evening soirée
Someone has ranked the penis size of men from all over the world
Here's what happens on every day of your menstrual cycle (roughly)
You may also like
1 year ago
Everyone is having a laugh over a sex toy spotted in this Eastenders scene last night
2 years ago
A Bop-It themed sex toy exists and we have no idea how to use it
2 years ago
The BBC accidentally aired footage of a giant sex toy at 9.08am
2 years ago
Candy cane dildos are finally here to spread the feeling of festive cheer
2 years ago
Dad mistakes charger for sex toy and it's a rollercoaster from start to finish
2 years ago
Game of Moans: You can now buy a GOT sex toy
Next Page