Folks, we have been taken for fools.

The story of Goldilocks and the Three Bears has been around since 1837 and nobody has been brave enough to speak out and highlight the fatal flaws contained in the story. Until now.

Using the newfound technique of logic, I have unearthed five fatal flaws within the storyline. I refuse to remain silent any longer. Someone has to speak out, and that someone is me. #JusticeForGoldilocks. 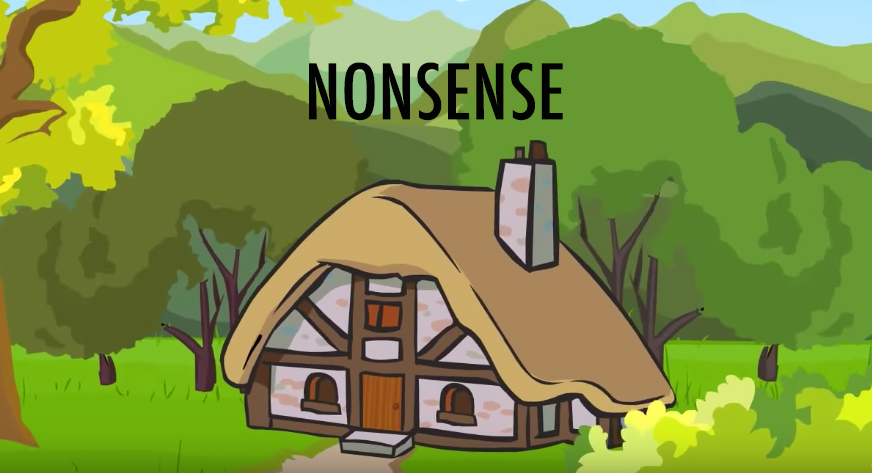 How on Earth were those three bears living in a house in the middle of the woods? Regardless of where the house was situated, it is not feasible for a bear to get a mortgage. Joint applicants need to be earning a minimum of €60,000 between them per annum in Ireland, along with 20% of the purchase price up front. What jobs could these bears possibly have had? Where would they store that kind of money? They are wild animals.

2. Nobody goes for a walk while their food cools down 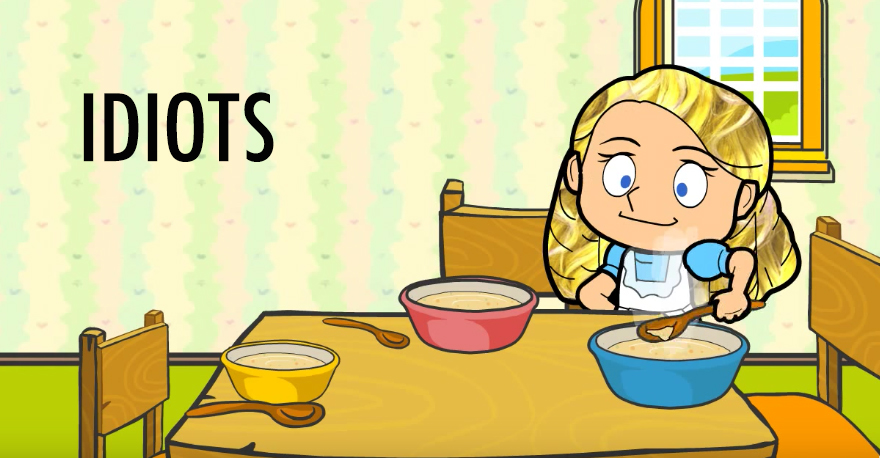 Not a sinner in the entire history of the world has ever gone for a quick stroll with their entire family while waiting for a bowl of food to cool down. You busy yourself with other tasks like scrolling through Facebook or lining up something good to watch on telly when you're eating. It defies every bit of human logic to stick on the runners, round up the family and head out pounding the pavement. Those idiot bears were asking for an intruder, IMO.

3. Bears do not eat porridge 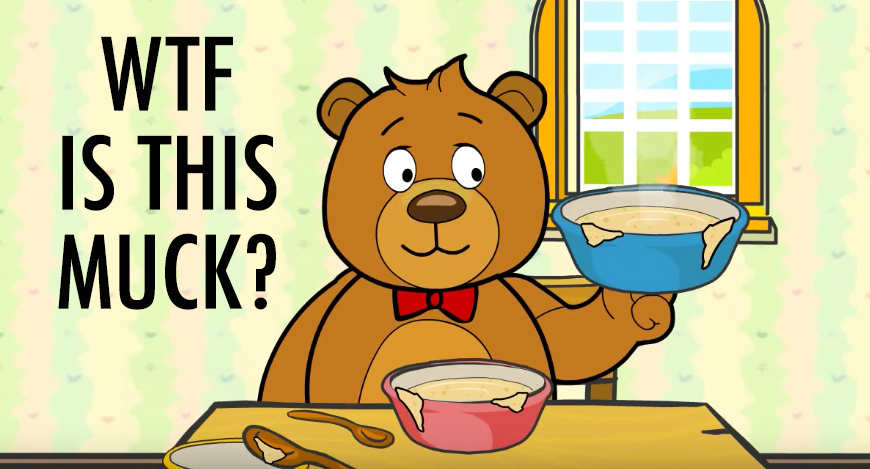 The typical diet of a bear is mainly that of an omnivore, meaning they eat other animals, plants, berries and insects. Unless they had prepared some sort of penguin porridge, the writer of Goldilocks and the Three Bears was taking us all for fools yet again with his/her assumption that they would eat porridge. Where would they even acquire porridge oats? Nipped into their local Tesco, was it? Wake up, people.

4. The parents' marriage was clearly breaking down 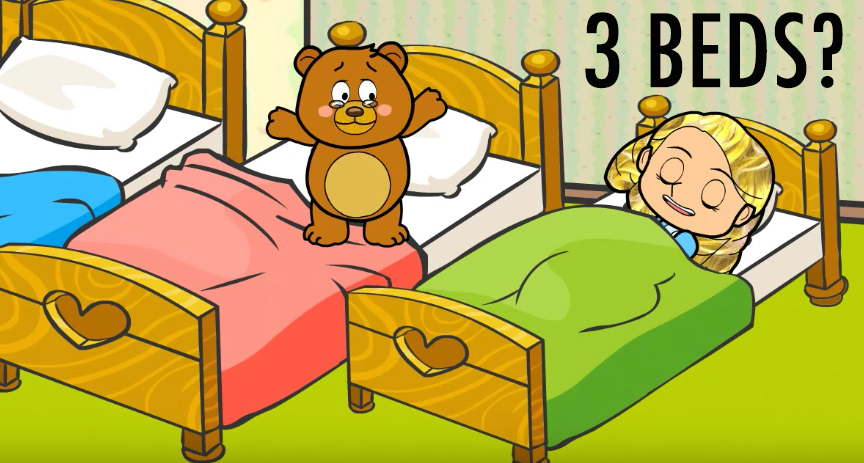 There seems to be a bigger issue at play during this tale. The story cites there being three beds in the house, one for the father, mother and baby bear. Why weren't the Mum and Dad sharing a bed? Marital problems, that's why. Throughout the story, they are portrayed as being a perfect family, but that seems to be far from the truth. Perhaps they were going on a walk in the woods to break the news to baby bear that he would be the child of divorced bearents (bear parents) from now on.

5. The break in was clearly staged 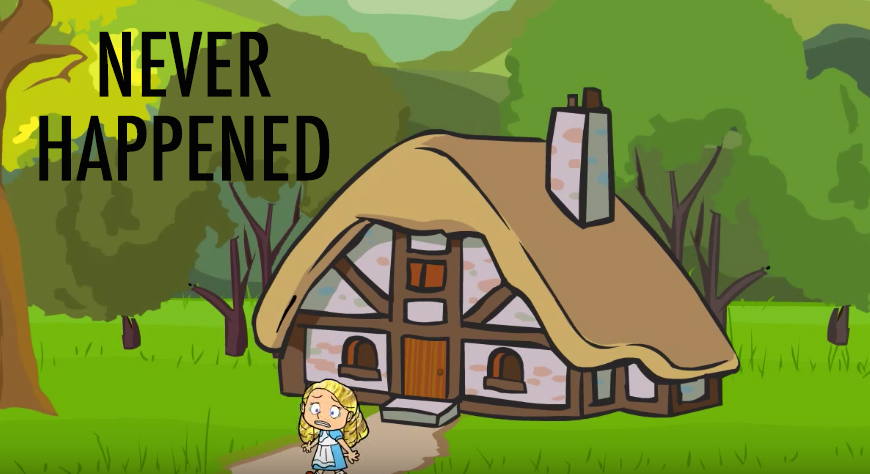 Did anyone ever hear Goldilocks' side of the story? Was she locked up? Is there a police report? No. Nobody ever heard so much as a whisper from her because she very clearly doesn't exist. My guess is that the three bears staged the entire break in for an insurance claim, to fund their divorce's legal fees. It's quite a common occurrence these days, with 1 in 5 Irish people anonymously admitting that they have been involved in some sort of insurance fraud. It is safe to conclude based on the above evidence that the entire story of Goldilocks and The Three Bears, much like modern religion, is an elaborate lie that has gotten way out of hand.

popular
Love Island's Gemma finally tells villa about dad Michael Owen on TV
Prue Leith responds to her son's comments about abortion
Parent's Benefit Leave in Ireland is being extended from today - here's what you need to know
Irish girls name was the most used Irish name in the United States last year
Love Island: Danica sets her sights on Andrew as Luca asks Jacques about his relationship with Gemma
10 stunning and affordable outfits that are perfect for a summer wedding
Love Island fans lose it over Indiyah's question about Ireland
You may also like
1 month ago
WATCH: People are losing it over clip of Kendall Jenner trying to climb stairs at Kourtney's wedding
2 months ago
Hilarious moment Irish Rail passenger spots "collapsed man" on platform
8 months ago
You's Penn Badgley and Cardi B are fangirling over each other on Twitter
9 months ago
Bride receives bouquet of chicken nuggets from best friend on wedding day
9 months ago
These newlyweds wore tracksuits to their reception
10 months ago
Tom Daley went viral for knitting at the Olympics - and it's all for charity
Next Page