From bread, to the beast... the best tweets about the SNOW in Ireland this morning

It's a great sight.

It's safe to say on Monday and Tuesday of this week we all went a bit mad about the weather.

Met Éireann was warning that we'd see the worst snowfall in 40 years, and everyone and their granny decided to stock up on bread (because we're Ireland, and we have a problem, apparently). 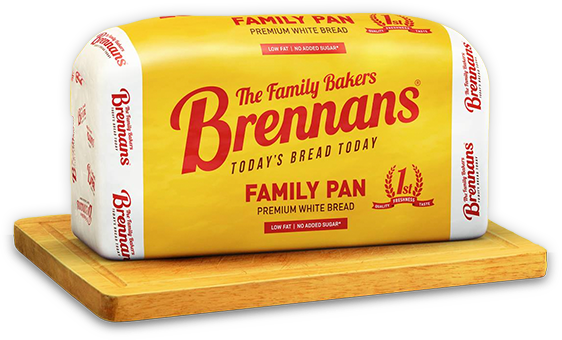 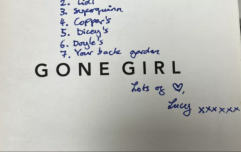 END_OF_DOCUMENT_TOKEN_TO_BE_REPLACED

However, even though we knew it was coming, it was utter delight (and to some, a bit of dread), as we opened our curtains and saw a blanket of snow covering the roads and pathways.

Because of this, Twitter is at it's peak, and it might as well be a playground for Irish people as we craic jokes about the beast... and of course, Brennan's bread.

Here are some of the best tweets from this morning:

The regret of not going to the shop yesterday is REAL. #BeastFromTheEast

The neighbours are excitedly flying a drone over their snowy back garden. Peak Dublin 8.

Just went to make toast and mam yelled "NO! That's the storm bread!!"

Everyone needs to calm down.

Dublin looking like a scene from a Christmas movie this morning - the view from the @Olytico offices - Fitzwilliam Square covered in snow #Sneachta #BeastFromTheEast pic.twitter.com/T2JC4zX2Az

Ah, weather has happened, and Ireland has turned into some post apocalyptic landscape. Murder is happening over the last loaf of https://t.co/Ix5xTm9P6k one is safe. #BeastFromTheEast

I have now found the one thing #Texas and #Ireland have in common: freaking the f*** out over a dusting of snow, buying out every store, and closing school for two. days. #beastfromtheeast ??? pic.twitter.com/h6xoGSXl8c

My youngest daughter is a big fan of #Frozen and her favourite song is “Do you want to build a snowman?” Woke her up this morning singing this song while it its possible to actually build one with her ! #BeastFromTheEast #Snow #Dublin #Ireland

Over 200 ads for bread on Done Deal. I love being Irish!#snow #beastfromtheeast pic.twitter.com/UWgGB1DKPI

If the Gaiety Panto isn't called Beauty and the Beast From the East this year, I'm emigrating.

popular
Here is the reported I'm A Celeb All Stars line-up
Two Love Island 2022 stars have just become step siblings...
Molly Mae Hague shares emotional moment she discovered she was pregnant
Abducted in Plain Sight: True crime drama follows girl who was kidnapped twice by the same man
Female child rushed to hospital after violent incident in Co. Clare
Young girl found injured in Co. Clare house is in critical condition
Here's when Florence Pugh's new Irish film lands on Netflix
You may also like
1 week ago
Center Parcs UK hit with backlash over decision to close on Queen's funeral
2 weeks ago
Missed your flight this weekend? Here are your options
3 weeks ago
5 thoughts I had while staying at The Dean Hotel in Galway
4 weeks ago
Popular Dublin street named amongst the "coolest" streets in the entire world
1 month ago
Italian government offering €15,000 grants to move to Sardinia
1 month ago
Inside the Galway castle that made the most in-demand homes list
Next Page