There's upstaging and then there's this.

Everyone's worst fear is being upstaged on their wedding day.

Whether it's by somebody announcing their pregnancy, an impromptu brawl breaking out or, God forbid, an engagement announcement, your wedding day is about you and no one else.

Not even the groom. Just you.

One bride, however, who didn't seem to mind being upstaged all that much was this one.

So much so that she literally asked her maid of honour to photobomb her professional wedding photos on the big day.

And oh, did the maid of honour deliver. 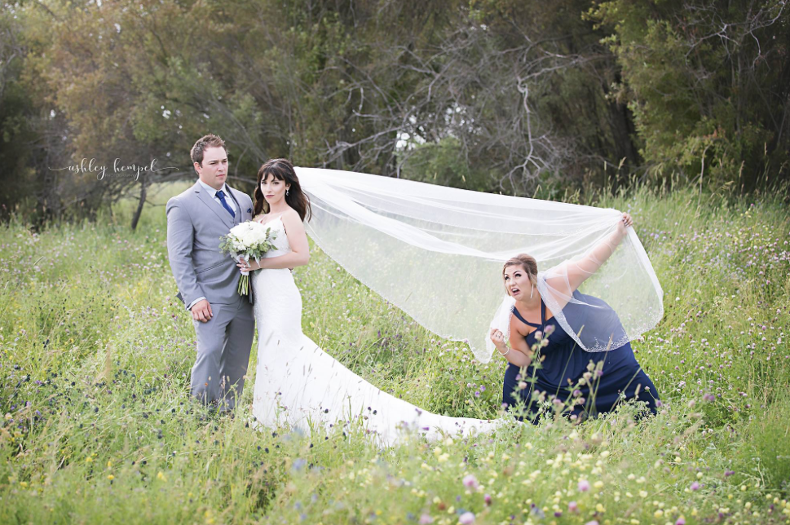 Yep, there she is. 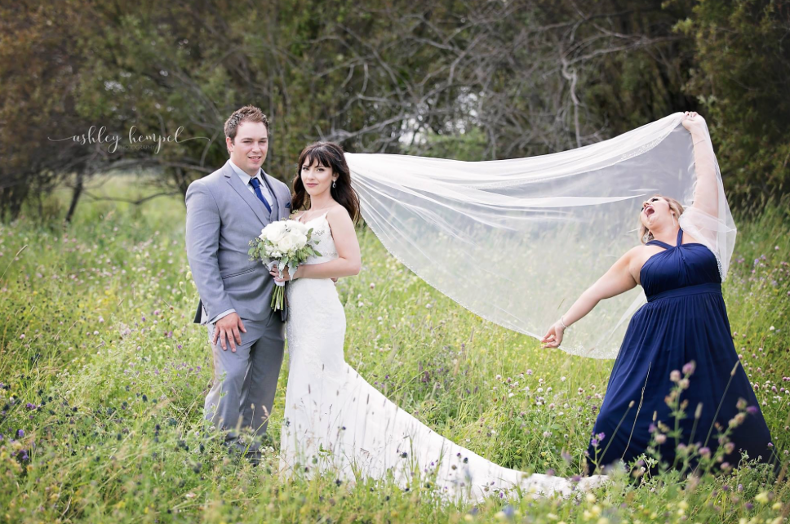 In the most brilliant way. 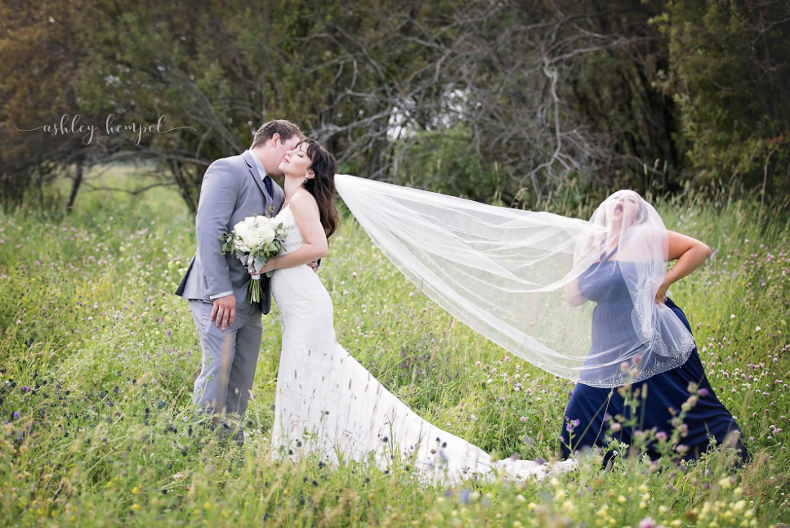 The images were shot by photographer Ashley Hempel, who shared the pictures on her Facebook page with the caption: "Not quite what I meant when I asked for a veil toss."

Ashley also told Her that the set up was entirely the bride and groom's idea.

She had no idea what the maid of honour's role was going to be... until it happened. 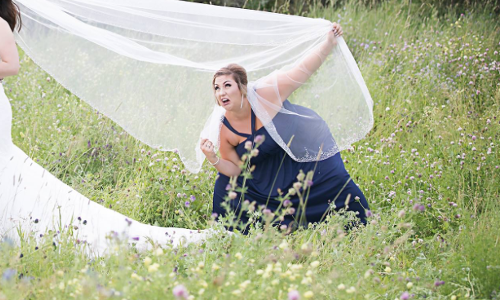 popular
James Arthur says his relationship with this celeb made him a sex addict
Wagatha Christie: Rebekah Vardy storms out of court just 30 minutes into final day
Fashion house Dolce & Gabbana is 'sponsoring' Kourtney and Travis' Italian wedding
'She was always in awe of celebrity' – Rebekah Vardy's ex-husband speaks out
9 movies on Netflix that make for perfect Sunday night viewing
Claire Byrne Live viewers in shock as woman shares family DNA secret
Rebel Wilson claims male co-star sexually harrassed her
You may also like
6 days ago
Kourtney Kardashian and Travis Barker have officially gotten married
1 week ago
Bride and groom praised for interesting way they decided on surname
1 week ago
Roz Purcell shares rare pics with boyfriend Zach at wedding
3 weeks ago
Stacey Solomon in tears as she picks out dream wedding dress
1 month ago
8 stunning bridal headpieces for your big day
1 month ago
Bride-to-be sparks outrage over 'no plus ones' rule
Next Page