Oh, just Hillary Clinton dancing along to the Macarena at the 1996 Democratic Convention

At last week's Democratic Convention in Philadelphia - where she was anointed as America's first ever female top-ticket president nominee - Hillary Clinton gave the internet a huge laugh with her amazed reaction to indoor fireworks in the convention hall.

This was right after she revealed to the world just how much she and husband Bill enjoy balloons.

I hope one day someone gets as excited to see me as Bill and Hillary get seeing balloons #RelationshipGoals pic.twitter.com/hJfHKF4rOK

And then there was the emergence of Hillary's eye-candy nephew onto the national stage.

Super hot #TylerClinton nephew of #HillaryClinton was at her acceptance speech in #DemsInPhilly @HillaryClinton pic.twitter.com/MHxF9Mas0m 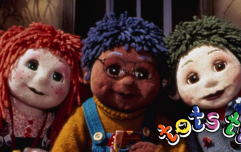 END_OF_DOCUMENT_TOKEN_TO_BE_REPLACED

But over the weekend, the world got what may be the greatest Hillary LOL of all with the re-emergence of footage from the Democratic Convention in 1996.

The biggest of hat tips to BuzzFeed writer Jesse McLaren for resurrecting this clip - so let's set the scene by pressing play on this video:

During the convention in Chicago that year - when Hillary was First Lady and husband Bill and running mate Al Gore were seeking re-election for another term - the delegates decided to have an impromptu bop to Los del Rio's imperishable '90s one-hit-wonder, 'Macarena'.

These are scenes so incredible that they might make one think the footage has been doctored - or that there was a gas leak inside the conventional hall that day - but we can assure you that this is real.

For the record I BARELY edited this.

While Hillary refrains from joining the other attendees in breaking out the famous moves to the 'Macarena' dance, she can be seen clapping and swaying along to the beat, with a delighted - if baffled - expression on her face. 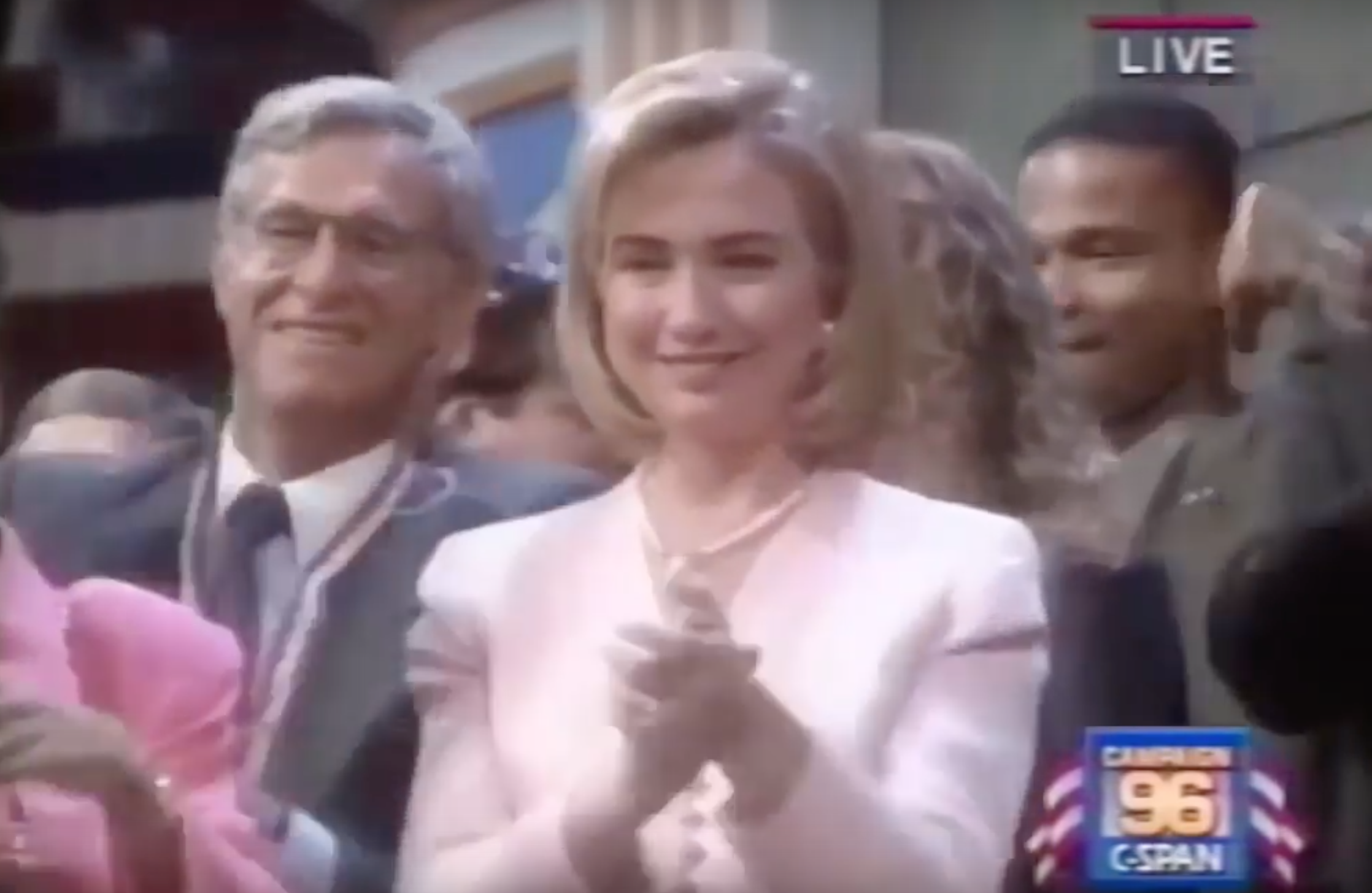 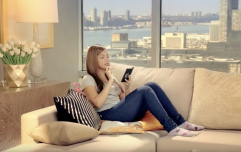 Remember the time Beyoncé convinced us to buy a Nintendo DS?

END_OF_DOCUMENT_TOKEN_TO_BE_REPLACED

"Just go with it Hill," you can almost imagine her saying to herself. "Smile, dance along with these head-the-balls, and in 20 years time YOU can be president!"

The Great Macarena Outbreak of '96 instantly became iconic - even inspiring a decent self-deprecating joke from then vice president Al Gore, who poked fun at his boring public image by standing motionless on stage as a demonstration of his attempts at the 'Macarena' dance. 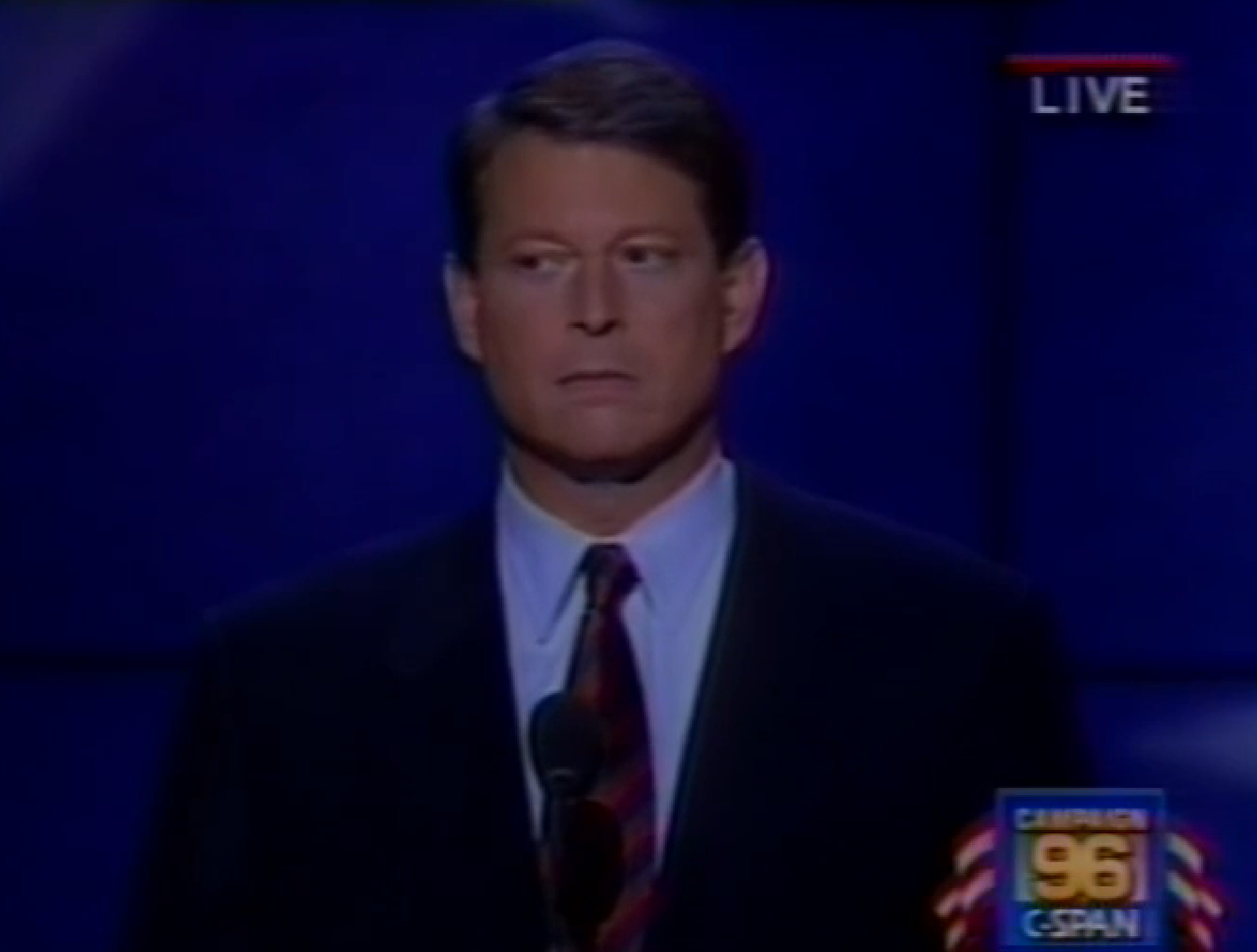 Still, aside from the joy that this 20-year-old clip has provided us in recent days, it also allowed one of the participants to see himself in action for the very first time.

The guy Macarena-ing with the pride flag messaged me! He heard he was on TV 20 years ago but never got to see it. I love the Internet.

Let's just not focus too much on the potential foreshadowing that the 'Macarena' lyrics might have have brought to Bill Clinton's notorious second term as president...

popular
Two schools in Scotland have been forced to close due to COVID-19 outbreaks
How to cope in this humidity: From sleeping better to dealing with frizzy hair!
This no bake 'Chocolate Refrigerator Cake' recipe has us drooling
It turns out we're all peeling oranges wrong and this madness has to stop
Irish influencer Lisa Jordan reveals her little boy's name and it's so cute
According to experts lunchboxes could be a big transmitter of Covid-19
Power ponytails and perfect messy buns! Here's some TikTok hair hacks to try at home
You may also like
3 months ago
QUIZ: How well do you remember The Inbetweeners?
3 months ago
Every episode of Round The Twist is now available to watch on YouTube for free
1 year ago
Ranking childhood board games from least to most satisfying to cheat at
1 year ago
QUIZ: Guess these classic early noughties songs from their lyrics
1 year ago
This is what your go-to Monopoly piece says about you
1 year ago
Here's how to revel in the nostalgia and WIN an illustration of your favourite childhood memory
Next Page