As we enter a new decade, many of us have casted our minds back to the most influential moments of the last 10 years.

And if we're being completely honest, guy who slipped on the ice in 2010 is still one of the most important things to ever occur.

END_OF_DOCUMENT_TOKEN_TO_BE_REPLACED

You recall it, yeah?

It was a snowy January day, when a poor unfortunate man was filmed slipping on ice by RTE, instantly becoming viral sensation.

And now, exactly a decade after the incident, a special plaque has been erected in his honour.

Today, Coors Light have paid tribute to the legend that is The Guy Who Slipped On The Ice on RTÉ News on 8th January 2010 by erecting a plaque in commemoration at the site of the infamous slip.

Footage of the report by John Kilraine showed the man slip and fall on the ice-cold pavement while holding a bag that came tumbling down with him on Dublin City Centre’s Church Street near the Four Courts. 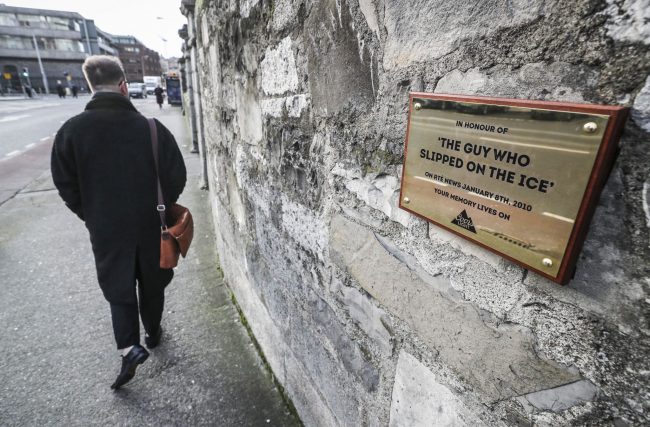 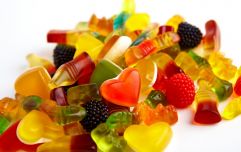 END_OF_DOCUMENT_TOKEN_TO_BE_REPLACED

"There are a few key moments on Irish television that are memorable enough to talk about again and again. We felt this deserved a resurgence. We’ve recently completed The Rockies Awards, rewarding victories in life, big and small and we thought this lad definitely deserved some recognition for making it on to RTÉ News, ten years ago today!" 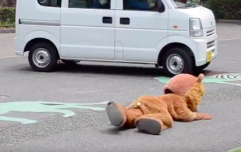 END_OF_DOCUMENT_TOKEN_TO_BE_REPLACED

There has been speculation as to who the non-intentional stunt man is for years, but the weather that brought him to our attention has repeated appeals for his identity over the past ten years bringing nothing but snowy silence.

For now, we just celebrate the 10 year anniversary, and hope that maybe some day he will reveal himself.

popular
Love is dead... Shakira and her husband Gerard have reportedly split
Dublin Airport in "shambles" after weekend of chaos
Doctor Strange actress Zara Phythian receives 8 years for child sexual abuse
Why Are Men so Obsessed With Boobs? The Answer is Pretty Surprising...
Irish actor Donal Courtney dies aged 52
Opinion: Why is everyone obsessed with Alexa Demie's age?
Coleen Rooney shares "suspicious" DM she received from Rebekah Vardy before Wagatha Christie
You may also like
1 day ago
A couple in India has sued their son for over €600,000 for not giving them a grandchild
2 days ago
Woman shares genius hack for making any bra backless
4 days ago
Bride and groom praised for interesting way they decided on surname
5 days ago
TikToker's code hack for buying cheaper clothes online goes viral
1 week ago
'Coastal grandmother' is the viral 2022 fashion vibe you did not see coming
3 weeks ago
Women are sharing pictures of their saggy boobs on social media – and here's why
Next Page