10 terrifying kids' films that completely traumatised me as a child

When watching modern children's films I have one question, where is the trauma?

Growing up with films from the 80s and 90s, there was no end of trauma. I'm sure it helped me build character but seriously, were they not allowed to release a movie unless it was going to scar you for life?

I know I'm not alone in this, and there are definitely a couple of films on this list that you'll remember, or shudder at yourself. 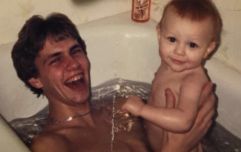 Father and son recreate baby photo and the results are horrifying

END_OF_DOCUMENT_TOKEN_TO_BE_REPLACED

Disclaimer though, if you haven't watched some of these films you're about to find out some major spoilers...

Get ready to laugh, cry, scream or go on an emotional roller-coaster as we return to an era where children's film had no chill.

The Land Before Time

The first Land Before Time movie has me crying like a 3 year old all over again ? the part where he's sleeping in his Mom's footprint ?

The Land Before Time was the first film I saw as a small child, and even though it has always been one of my favourites it's a hard watch.

It was on the TV recently and still all of these years later, I still fall apart when Little Foot had to watch his mother die. 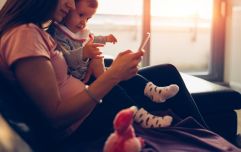 This bad ass mom left the BEST note for her babysitter

END_OF_DOCUMENT_TOKEN_TO_BE_REPLACED

I think it's actually harder to watch now that I'm a parent. There may have been an incident involving me grabbing hold of my son sobbing and promising not to let the T-Rex get me.

Seeing as they've been extinct for thousands of years...I think my odds are good.

A post shared by The Lion King Fan Page (@thelionking_fanpage) 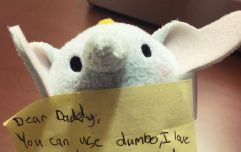 END_OF_DOCUMENT_TOKEN_TO_BE_REPLACED

I don't know what's wrong with Disney but they love killing off parents. They must do it in around 99 percent of their movies.

For 90s kids, nothing will ever heal the pain of Mufasa's death. Not only was he murdered by his brother but watching Simba trying to wake him up is absolutely heartbreaking.

My husband put on The Lion King for my son when he was around two and then headed off to work. When it got to the scene where Mufasa died, my son went berserk and started screaming for his daddy.

I sat there thinking "Thanks Carl, couldn't have put it on at the weekend when you'd have been home with him."

This one crosses the generations because even my parents are terrified of Darby O'Gill and the banshee.

I don't know what it is, she's basically a green swirl, but between her and the ghost horse and carriage, I had to sleep with the light on for weeks.

I first saw it at my grandparent's house and it was dark by the time I was leaving. I was so afraid that the banshee would come out of nowhere that I ran to the car with my eyes closed. That way she wouldn't see me, because if I can't see her she can't see me. Kid logic.

My mam bought this on VHS for me because she had really liked it as a kid. She failed to mention anything about The Childcatcher before I put it on though.

This guy was pure nightmare fuel and was right up there with Der Kindestod from Buffy the Vampire Slayer.

Labyrinth is one of my all-time favourite movies. As The World Falls Down from the soundtrack was actually the first dance at my wedding. I really love this film, but some scenes in it gave me the heebee geebees.

The part in particular that I hated as a kid was the scene with the Fireys. They looked terrifying as it was but then they started detaching their body parts and throwing them around. To make things worse they then tried to take off Sarah's head and then their flying heads chased her as she tried to get away.

This is another classic that often gets forgotten about.

Based on the novel by Frances Hodgson Burnett, it has had several film reincarnations but the 1995 version will always be my favourite. Though looking back, considering I was only six when I went to see it in the cinema, it was an intense experience.

Set during the first world war, this adaptation didn't shy away from the hard realities that people faced at the time. Death, war and poverty but probably the most harrowing reality to see as a kid was child labour.

The scene that caused me no end of anxiety though was when Sara is trying to escape from the boarding school, and her father who has amnesia from being injured in battle denies he knows her and she's almost dragged off by the police. Like hashtag can't cope.

The Hunchback of Notre Dame

I went to see The Hunchback of Notre Dame in the old Classic cinema in Dublin with my grandmother. She heard it was set in a church so she thought 'grand I'll take her to that'.

The film had started when we headed in and the lights were dimmed so my grandmother was feeling her way along the rows to find our seats in the dark. This led to several staff members rushing to help her because they thought she was blind. Can't take her anywhere. We eventually got to watch the movie and wow, that film is dark.

Between babies almost being thrown down wells, people being locked into their homes while they are burned to the ground and others being burned at the stake, Disney really didn't hold back on this one.

The Fox and the Hound

I actually haven't been able to watch this film since I was a child. Even just looking at that photo tears me apart.

The premise is lovely, a fox and a hound vow to be best friends forever and they don't care what anyone else has to say. Good on ya. Unfortunately, this film gets grim very fast.

Friends are turned against friends, a dog gets hit by a train, they're all attached by a bear. Of course, the scene that turns most people, myself included, into an emotional wreck is when Window Tweed has no choice but abandon Tod in the woods.

His little face watching her drive away still haunts me to this day.

So somewhere along the way, the movie execs thought they weren't causing quite enough trauma killing off parents and started to go after the kids themselves.

My Girl is one of the sweetest movies ever made but it's also one of the most heartbreaking. Most commonly known for his high jinx in Home Alone I don't think anyone saw the ending coming.

Anna Chlumsky screaming "he can't see without his glasses" will be etched into my memory forever.

One of Disney's least successful films, The Black Cauldron has become a cult classic.

It's very different from Disney's usual formula and unlike their other films, it did not contain any songs.

The Black Cauldron is closer to the animated version of The Hobbit and was also far more terrifying than anything Disney had made previously.

Unsurprisingly, it had the same director as The Fox and the Hound. Thanks for the night terrors, Ted Berman.

The cauldron sucking everything in a whirl of blood and fire and knowing all of the heroes were doomed unless one of them flung themselves into the cauldron. Again what is up with Disney? They are going to be receiving a strongly worded letter from my therapist.

Girls With Goals || Her · Ep.161: Feeling Peachy - Sharon Keegan of Peachylean on being an absolute BOSS!
popular
Britney Spears' dad Jamie says he is "sorry" to see daughter in pain
Top 10 best staycation experiences in Ireland revealed
Woman escorted from Disney World for "inappropriate" top
Will Britney ever be freed?
Nearly half of men think 36 is "too old" for women to have a baby in UK
A BBC documentary on the Peru Two is coming next month
Aldi's new garden collection includes massive waterpark, slides and 14ft pools
You may also like
2 months ago
LinkedIn is adding 'stay-at-home-mum' as an actual job title
2 months ago
Retiring couple adopt seven siblings after parents pass away suddenly
1 year ago
The Queen is now sharing ideas for how to keep children occupied during lockdown
1 year ago
The Duchess of Cambridge has revealed Prince Louis' favourite song (and it's a classic)
1 year ago
Giovanna Fletcher reveals she is 'done with having any more children' – and here is why
1 year ago
"I'm not raising heartbreakers" - The beautiful message one boy mum has about raising sons
Next Page