And Then There Were Four... One Direction Releases Brand New Tour Posters

One Direction have released their first new poster since Zayn Malik sensationally left the group.

The four piece released the poster as part of their ‘On The Road Again’ tour and it has been getting a mixed reaction from Direction fans online. 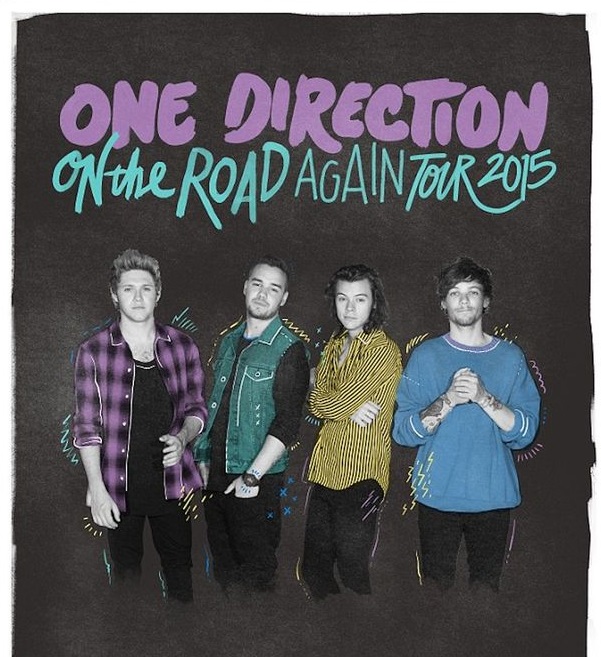 The new poster was released this week.

END_OF_DOCUMENT_TOKEN_TO_BE_REPLACED

Zayn broke hearts around the world when he quit the chart-topping band recently, though it looks like he is set to have a solo career.

Simon Cowell spoke out for the first time this week about the departure stating: “He’s a fantastic singer. He’s got to get his head together a little bit, he needs some time on his own, as he said, to be a normal 22-year-old which he’s going to have.”

popular
Vicky Phelan says she wants to pass away in holiday home "for the kids' sake"
Scotland international rugby star Siobhan Cattigan tragically dies, aged 26
Meabh Feerick passes away after sharing that she felt "let down" by Irish healthcare system
Stacey Solomon mortified after walking around shop in see through leggings
Jeffrey Epstein's private jet made multiple stopovers in Ireland
Norma Foley addresses concerns over schools staying closed in January
Weather warning issued to motorists ahead of "unpredictable" conditions
You may also like
2 weeks ago
Three months is plenty of time to fall in love, and to have your heart broken
2 weeks ago
Dermot Kennedy announces 2 huge gigs in Dublin next month
2 weeks ago
5 things you may have missed from Taylor Swift's All Too Well short film
3 weeks ago
Travis Scott says he is "absolutely devastated" after eight die at AstroWorld Festival
3 weeks ago
Westlife add second Dublin gig following huge demand
1 month ago
Westlife's brand new single is finally here and fans are going wild
Next Page