I don't think we're ready for this documentary.

Or album, to be quite honest with you.

Yesterday, there was much speculation that Beyoncé was going to drop a new surprise album to coincide with the release of her Netflix documentary, Homecoming.

And then, lo and behold, this morning Beyoncé dropped a new surprise album to coincide with the release of her Netflix documentary, Homecoming.

Homecoming: The Live Album is a 40 track giant of a piece featuring live versions of all of Beyoncé's greatest bangers including 'Crazy In Love,' 'Formation,' 'If I Were A Boy,' 'Drunk In Love,' and 'Freedom.'

But hang on, because that's not all: the album also includes a B R A N D N E W S O N G, 'Before I Let Go' - a song that Bey has previously covered, but not recorded in a studio.

And we can indeed confirm - it is unreal. 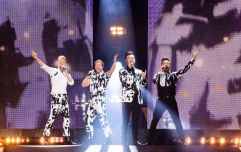 END_OF_DOCUMENT_TOKEN_TO_BE_REPLACED

Beyoncé announced that she was bringing her stunning 2018 Coachella performance to Netflix just a short time ago.

The 26-track set featured guest performances from Destiny's Child, Solange and Jay-Z and came after the star had to cancel the previous year's show due to pregnancy.

She made up for it though, in fairness to her.

You can listen to Homecoming: The Live Album now on all your regular streaming apps including Spotify and Apple Music.

You can also stream the Homecoming documentary on Netflix now.

popular
Father took daughter to hospital three times before she died of Strep A
Tom Parker's wife suffers more heartbreak just nine months after husband's death
Fans are feeling seriously sorry for Molly Mae Hague after resurfaced interview
He may be a politician, but Leo Varadkar's personal life is none of our business
Here are our top picks from this week's Lidl Toy Event
Joanna Cooper reveals when she's officially tying the knot with Conor Murray
Here's your chance to WIN a €500 toy voucher just in time for Christmas, with Petits Filous
You may also like
5 days ago
Only watch this new Netflix film if you want to bawl your eyes out
5 days ago
This Netflix Christmas film is being dubbed the perfect rom-com
5 days ago
The trailer for Harry & Megan has finally dropped
6 days ago
The trailer for Emily in Paris season three has dropped
2 weeks ago
Glass Onion: A Knives Out Mystery is a dazzling satire
2 weeks ago
This is the date we'll get to see Prince Harry and Meghan Markle's Netflix series
Next Page