Sigrid just announced a MAJOR Irish gig for 2019, and we are so there

After selling out the Olympia Theatre, Sigrid has announced her biggest Irish headline show to date.

IRELAND! ?? we’re coming back for a massive show at 3Arena in november next year? I AM SO EXCITED. tickets on sale this friday via @TicketmasterIre. pic.twitter.com/M1cZZo78C8

Aside from this, she delivered two incredible festival performances at Electric Picnic and Longitude.

Tickets for her upcoming gig at the 3Arena are priced at €39.90 and they're available to buy from Friday 9 November at 9am via Ticketmaster.

Fresh from winning the BBC Sound of 2018, Sigrid's rise has continued and her live performances have sparked mass appreciation of her defiant and rebellious pop songs. 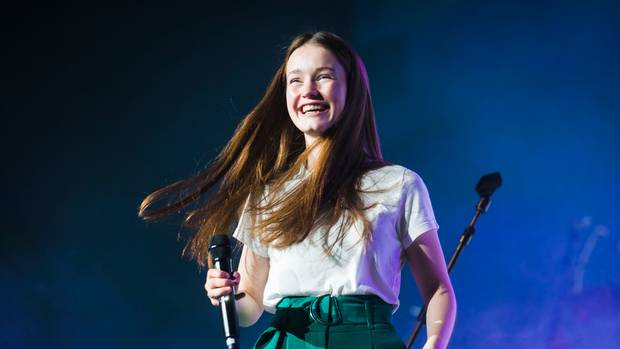 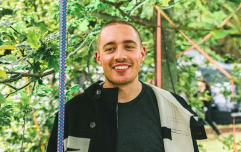 END_OF_DOCUMENT_TOKEN_TO_BE_REPLACED

With her Spotify following tripling since the start of the year, and streaming numbers reaching almost 400 million globally, Sigrid is undoubtedly set to continue her ascent.

Did we mention that she's only 22? Not too shabby.

This gig is bound to sell out.


popular
Leaving Cert 2020: Calculated grade student portal to open tomorrow
Paul Mescal is raffling off one of his iconic chains in support of Pieta House
'That’s the most honest answer': Skeet Ulrich reveals why he is leaving Riverdale
Irish Hairdressers Federation to propose guidelines for early reopening of salons
QUIZ: How well do you remember Angus, Thongs and Perfect Snogging (the movie)
So, William and Harry have a step sister... and who knew?
Kirby Jenner, Kendall's 'fraternal twin brother', has gotten himself a reality TV show
You may also like
8 months ago
In Dublin for Ariana Grande? Chances are you might spot her in THIS restaurant
11 months ago
Dua Lipa meets Mozart for 2FM's Classical Collision at Body & Soul this weekend
1 year ago
5 weeks to Forbidden Fruit - here's a day-by-day and stage breakdown
1 year ago
John Mayer just announced a world tour, and he's coming to Ireland
1 year ago
Foo Fighters have just announced two MASSIVE Irish gigs, and we're screaming
1 year ago
Dido announces Irish date for her first tour in 15 YEARS and the nostalgia is real
Next Page