Over 3,000 women affected by CervicalCheck IT issue, says report

Multiple announcements are expected to be published today.

Over 3,000 women have been affected by the CervicalCheck IT issue.

According to a new report set to be released today, significantly more patients have been identified as part of the problem that initially saw hundreds of women not receive their results

END_OF_DOCUMENT_TOKEN_TO_BE_REPLACED

According to the Rapid Review report, the actual number of women affected is over 3,000.

"Quest Diagnostics had failed to send test results to the GPs of around 800 women," they said in a statement.

"The tests were on samples which were retested because their original mRNA HPV test was carried out outside the manufacturer’s recommended timeframe.

The statement said the HSE had expected "a small number" of women's statuses to change as a result of the retest. 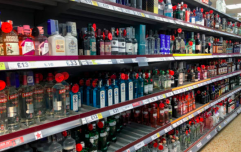 Minimum pricing for alcohol approved for 2022

END_OF_DOCUMENT_TOKEN_TO_BE_REPLACED

"That said, we want to apologise again to any woman that has been affected by this issue and we are continuing to keep in contact with them in relation to what has happened and any action that they need to take," they said.

"The delays in results being forwarded are not acceptable, and the HSE’s ongoing independent review into this incident will be investigating this in full detail."

The full report will be published today.

Girls With Goals || Her · Ep.160: The Beauty Of Coaching - Hayley Harrison joins us from Sport Ireland
popular
More footage of Tristan Thompson cheating on Khloe has emerged
Amy Schumer reveals that her husband Chris Fischer has autism spectrum disorder
Someone has ranked the penis size of men from all over the world
Kate Middleton has addressed the rumours that she's pregnant with her fourth child
Here's what happens on every day of your menstrual cycle (roughly)
Woman gives birth to nine babies
How to INSTANTLY unblock your stuffy nose (we swear this works)
You may also like
1 day ago
Hunt underway for man who attacked pregnant woman in Dublin city centre
1 day ago
Stephen Donnelly to seek minimum alcohol unit pricing approval today
5 days ago
Unborn baby of woman attacked on Dame Street died after assault
6 days ago
CONFIRMED: Outdoor pubs and restaurants will reopen on June 7
6 days ago
CONFIRMED: Hairdressers and salons will reopen on May 10
6 days ago
Channel 4 introduce "world first" pregnancy loss leave for male and female employees
Next Page