"This is her golden years."

Ireland has a homelessness problem. And a serious one, too.

This week, however, provided a stark picture of the country's homelessness issue - one that generally couldn't be explained or even understood by the ever-rising statistics.

A photo that seems to be all-encompassing of Ireland's shameful problem is one that has been doing the rounds since Tuesday.

The image, shared by the Homeless Street Cafe, depicts an elderly woman eating her dinner from a plastic bowl propped up on a Dublin window sill.

The elderly woman, they said, is a regular. A person who relies on the goodness of volunteers for a hot meal, returning each week to ensure that she is fed.

According to the group, the photo isn't just a once off, but indicative of a country that is broken and has been for some time.

The situation is, as they put it, "beyond crisis."

END_OF_DOCUMENT_TOKEN_TO_BE_REPLACED

"It seems there is no time left for change for them, a dearth of hope really," they wrote on Facebook alongside the image.

"To be living in food or heat poverty at their age, relying on a soup kitchen for necessities is horrifying to witness.

"I watch this woman eat her meal from a plastic bowl on a window sill every week and I despair that this is her ‘golden years’."

The photo has, understandably, generated much anger and frustration on social media, presenting an image of homelessness that is often not portrayed when we consider those worst affected by the crisis.

A photo of an elderly woman returning week on week to eat her dinner from a window sill is not the same as a photo of a child sitting on the ground eating his.

The subjects are different, their individual stories are distinctive, and yet the question conveyed in each photo remains the same: how can we continue to let this happen? 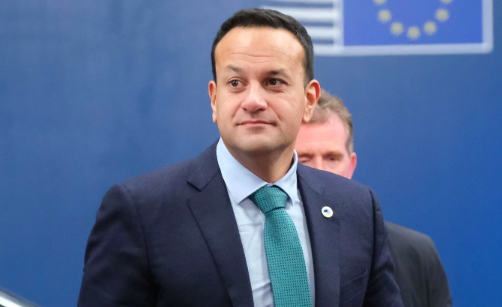 Unfortunately, the above image is not the only source of disappointment, frustration, and unequivocal outrage directed towards the Irish government this week.

Since campaigns for the upcoming general election began a mere two days ago, one homeless man has received life changing injuries, while another homeless woman has tragically passed away in a hostel.

The man, who remains in hospital, was inside his tent on the canal when he was lifted by a vehicle with a mechanical claw as part of a clean-up initiative carried out by Waterways Ireland. He is currently in a serious but stable condition.

The woman passed away on Wednesday in a facility on Parkgate street. She was in her 20s.

These three instances, however - each troubling and devastating in their own way - are only the cases that we are seeing.

Elsewhere, there are hundreds of elderly homeless people struggling to survive, dozens more facing life threatening situations on the streets, and countless others not going to make it through the night before this year is out.

They'd be worth remembering as the general election looms ever closer.


popular
BRB, running to Penneys for the €19 trousers that look like they cost ten times the price
Holly Willoughby's Zara shirt is the workwear must-have you need in your life
The new ghd Helios hairdryer will give you smooth and shiny hair in a matter of minutes
The dress that Holly Willoughby wore this morning is getting very mixed reactions
'Be a lady they said' made waves yesterday, at the exact moment it should have
The comfy €42 M&S boots we're going to be living in all spring
Say hello to the €40 Stradivarius dress you're going to be seeing everywhere in summer
You may also like
1 week ago
This week's €17m EuroMillions jackpot ticket was sold in Mayo
2 weeks ago
Why the youth vote shouldn't be dismissed as snowflake politics
2 weeks ago
Met Éireann issue snow/ice weather warning for whole of Ireland
2 weeks ago
Saturday's winning €2.7 million lotto jackpot ticket sold in Carlow
2 weeks ago
Vote counts begin across the country following extraordinary exit poll
2 weeks ago
#GE2020: Four first time female candidates on why they're running for the Dáil
Next Page