They have dropped the requirement.

Aer Lingus has announced that its female cabin crew members do not have to wear makeup anymore.

The requirement was included in the company's dress code, however it has now been removed. Female staff will also not be required to wear skirts, and will instead have the option of wearing trousers. 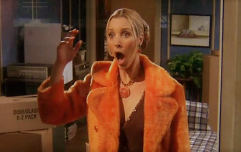 Celebrity makeup artist reveals the ULTIMATE wagon to work with... and we're shook

END_OF_DOCUMENT_TOKEN_TO_BE_REPLACED

The airline says that the guidelines have still not been finalised yet.

Virgin Atlantic made a similar statement this week, announcing that its female workers no longer have to wear makeup and can now wear trousers, too.

The aim of the new update is to give a more modern image as it continues to expand into the North Atlantic market. A new shamrock design was unveiled as well as new paint for the aircrafts. Apparently, 50 different shamrock designs were considered as part of the redesign process. 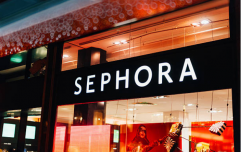 Child demolishes €1,100 worth of makeup in Sephora store

END_OF_DOCUMENT_TOKEN_TO_BE_REPLACED

Aer Lingus says that the new shamrock has been tilted to symbolise "dynamism and speed" while the pronounced heart-shaped leaves were brought on board to reflect "the warmth and hospitality" of the airline.

The new branding was released in January across its app, website, check-in and boarding gates, with the rollout fully completed by 2021.

popular
Actor and Wife To Divorce After 23 Years of Marriage
People are being warned not to dress as Jeffrey Dahmer for Halloween
Davide Sanclimenti opens up on having kids with Ekin-Su Cülcüloğlu as he turns down Dancing On Ice
Anna Delvey is set to be released from prison
Why Are Men so Obsessed With Boobs? The Answer is Pretty Surprising...
Primark reintroduces female-only fitting rooms after two men walk in on woman
So apparently George and Mollie from Love Island aren't actually step siblings
You may also like
5 days ago
Lottie London launches Halloween collection with colour-changing makeup
1 month ago
Miss England contestant becomes first in pageant's 94-year history to compete makeup free
2 months ago
Suzanne Jackson taking a "step back" from her business
3 months ago
What is golden hour beauty, and how do we achieve it?
6 months ago
Get ready for the return of '90s frosted eyeshadow
6 months ago
Rosie Connolly launches brand new collection with Inglot
Next Page