Heard intends to appeal the verdict.

Amber Heard's lawyer, Elaine Bredehoft, has shared her thoughts following the outcome of the highly-publicised defamation trial brought against the actress by her ex-husband Johnny Depp.

On Wednesday evening, the jury ruled in Depp's favour, concluding that Heard had defamed him with a 2018 op-ed she wrote in the Washington Post - in which she claimed to have been a victim of domestic abuse, but did not mention Depp by name. 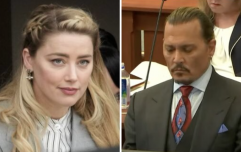 END_OF_DOCUMENT_TOKEN_TO_BE_REPLACED

In an interview with TODAY, Bredehoft was asked if Heard is able to pay the $10.4 million judgment, to which she replied, "Oh no, absolutely not."

She said that Heard will be appealing the verdict and that she has "some excellent grounds for it", as "there was so much evidence that did not come in". 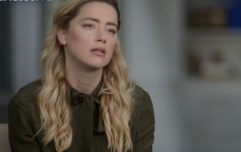 END_OF_DOCUMENT_TOKEN_TO_BE_REPLACED

She says some of this evidence includes Heard’s medical records, which were apparently suppressed, but are “very significant” because they show “a pattern going all the way back to 2012 of Amber reporting this to her therapist".

Bredehoft continued: "We had an enormous amount of evidence that was suppressed in this case that was in the UK case. And in the UK case, when it came in, Amber won. Mr. Depp lost.

"The court found there - and we weren’t allowed to tell the jury this - that Mr. Depp had committed at least 12 acts of domestic violence, including sexual violence, against Amber.

"So what did Depp’s team learn from this? Demonise Amber and suppress the evidence." 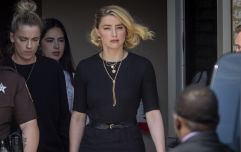 END_OF_DOCUMENT_TOKEN_TO_BE_REPLACED

The lawyer also said that she felt the jury's decision may have been influenced by social media and public opinion.

"How can you not? They went home every night. They have families. The families are on social media. We had a 10-day break in the middle because of the judicial conference. There’s no way they couldn’t have been influenced by it."

Last night, Heard said the verdict had not only left her "heartbroken", but "set back the clock for women to a time when a woman who spoke up and spoke out could be publicly shamed and humiliated".

In a statement given by Depp after the decision came through, he said: “The jury gave me my life back. I am truly humbled.”

He added: "I hope that my quest to have the truth be told will have helped others, men or women, who have found themselves in my situation."