Google the name 'Andrew Tate' and your search will yield more than 45 million results.

In the past couple of weeks, the 35-year-old former kickboxer has been Googled more than both Elon Musk and Kim Kardashian – and has shot to stratospheric fame for his very controversial views.

Tate first became known back in 2016, when he was kicked out of Big Brother following a video of him surfacing, where he appears to attack a woman.

At the time, Tate claimed that the video had been edited, claiming the footage was 'a total lie trying to make me look bad,' but he has since garnered lots of attention online for his sweeping statements on women and relationships, which many have dubbed as 'misogynistic' and 'toxic'. 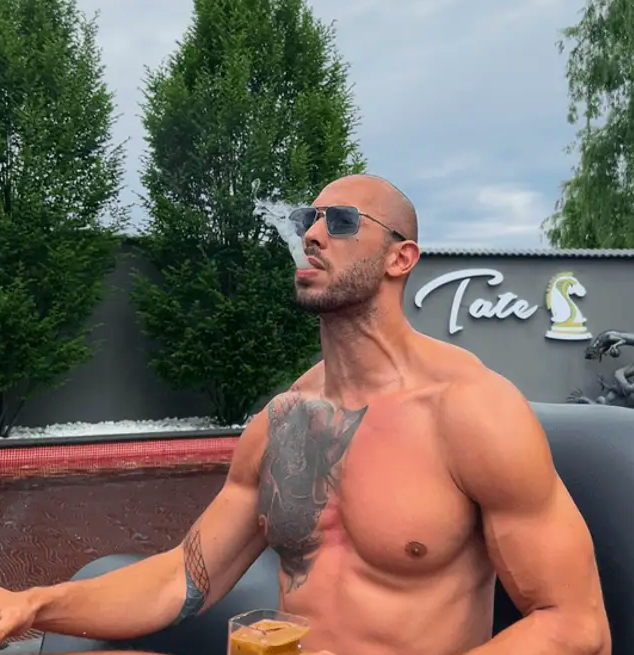 However, Tate's social media star has continued to rise, with young men and boys across the globe subscribing to the 35-year-old twisted views – and signing up to his business account, Cobra Tate, which aims to teach followers how to 'get fit,' 'get money' and 'get connected.'

Earlier this week, some schools and teachers claimed that Tate has caused teens to display signs of ‘toxic’ sexism.

Women's rights activists have been calling for social media platforms to ban Tate from spreading his toxic messages, and finally, Meta has taken notice and banned the former athlete from both Facebook and Instagram.

The Meta ban comes after a public outcry led to thousands of people calling him to be banned from social media platforms because of his disturbing views.

The reason, Meta says, is that Tate was 'breaching their policies on dangerous organisations and individuals' – but did not elaborate further.

At present, when trying to reach the 35-year-old's Instagram profile, users are met with an error message which reads: "Sorry, this page isn't available. The link you followed may be broken, or the page may have been removed."

Twitter previously removed Tate after he made claims that women should 'bear responsibility' if they have been sexually assaulted.

In one video the 35-year-old billionaire advises men accused of cheating by their girlfriends to 'bang out the machete, boom in her face and grip her by the neck. Shut up b*tch.'

Earlier this year in April, the misogynistic influencer was investigated by police in Romania for people trafficking and rape after a complaint from a woman who had lived with him there.

popular
Bride asks for divorce day after wedding following groom's disrespectful cake stunt
Gwen Stefani reportedly pregnant with baby number four
Police believe they know what happened to missing dog walker Nicola Bulley
Natalie Imbruglia's Torn is actually a cover and the original just isn't the same
Couple decide to live on cruise ship permanently after finding it's cheaper than paying mortgage
These are the most popular names for babies born in February
If you constantly have a cold nose, this could be the reason why
You may also like
1 week ago
Man claims to have found infant remains near Bessborough site in the 90s
2 weeks ago
"It interferes with your job": Holly Cairns on the abuse of women in politics
3 weeks ago
Gardaí are reviewing "helpful, new" information in Sophie Toscan du Plantier case
1 month ago
Ireland set to ban "cruel process" of conversion therapy
1 month ago
Brutal details emerge in Bruna Fonseca investigation
1 month ago
29 puppies rescued from illegal trafficking at Belfast Port
Next Page