We all know about the late Quen Elizabeth's love of Corgis, horses, colourful outfits and the Scottish countryside.

But apart from pulling a marmalade sandwich out of her tiny purse to show Paddington Bear as part of Royal Jubilee celebrations earlier this year, not many details about the monarch's taste in food has been made known to the public.

END_OF_DOCUMENT_TOKEN_TO_BE_REPLACED

However, in the week or so that has gone by since the Queen passed away,  experts and royal family fanatics have poured over the archives of the queen’s life and interests.

And recently on Reddit, users have participated by recirculating an old pancake recipe that the Queen apparently favoured.

According to Reddit users, the recipe was included in a letter sent by the queen to US President Dwight D. Eisenhower, which is made available in the National Archives. The original letter and recipe were penned in 1960 after Eisenhower and his wife, Mamie, visited the queen at her castle in Balmoral. 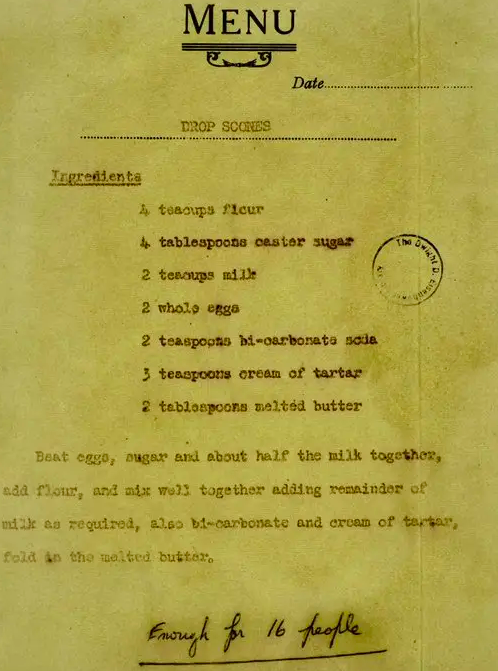 END_OF_DOCUMENT_TOKEN_TO_BE_REPLACED

“Seeing a picture of you in today’s newspaper standing in front of a barbecue grilling quail reminded me that I had never sent you the recipe of the drop scones (which is the royal name for Scotch pancakes, apparently)  which I promised you at Balmoral,” the Queen wrote in the opening of her letter to Eisenhower.

“I now hasten to do so, and I do hope you will find them successful.”

The royal went on to detail the ingredients and recipe for the pancakes — which are a thicker version of standard American pancakes which are dropped onto griddles in dollops – hence the name.

“Beat eggs, sugar, and about half the milk together, add flour, and mix well together, adding the remainder of milk as required, also bicarbonate and cream of tartar, fold in the melted butter.”

Proving herself to be an expert on the recipe, the Queen also advised in her letter that “when there are fewer, I generally put in less flour and milk but use other ingredients as stated. I have also tried using golden syrup or treacle instead of only sugar, and that can be very good too.”

Per the royal’s advice to the 34th president of the United States, “the mixture needs a great deal of beating while making and shouldn’t stand about too long before cooking.”

popular
"You can’t imagine what it feels to have had a baby and yet feel like you didn’t"
Kate Garraway gives heartbreaking update about Derek's health
The Lion King is returning to Dublin next year
Bad Sisters stars snap back at New York Times article that called them British actors
Mother of missing X Factor star speaks out a month after his disappearance
Gwen Stefani reportedly pregnant with baby number four
Nicola Coughlan lands "lifelong dream" role as she gets cast in Oliver Twist
You may also like
4 days ago
Rules around blood donation have changed in Ireland as of today
1 month ago
Meteor shower to be visible over Ireland tomorrow
2 months ago
Tayto Park has been renamed Emerald Park
2 months ago
Gardaí investigation underway as baby skeletal remains found in Cork
2 months ago
Disability group shares concerns ahead of winter following "disappointing" budget
2 months ago
Contraception, IVF and rent relief: Key takeaways from Budget 2023
Next Page