A judge in the United States has ruled that Apple must assist the FBI in breaking into the phone of one of the people involved in the shootings in San Bernardino, California last year.

The FBI have been unable to guess the shooter's passcode which is the only way to get inside his iPhone. They are looking for data on the phone to figure out whether Syed Farook and his wife Tashfeen Malik were radicalised by terrorist groups online that would have led the the shooting late last year.

However if the FBI guess the passcode wrong ten times, all the data will be erased and with that, possibly valuable evidence that could help investigators figure out to what extent the couple were influenced by online radical organisations. 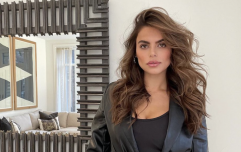 END_OF_DOCUMENT_TOKEN_TO_BE_REPLACED

Apple CEO Tim Cook gave a strongly worded reply to the court order, which would in effect require Apple to 'hack its own users and undermine decades of security advancements that protect our customers." Cook made the point that if the FBI could use a backdoor key to get into your phone, nearly any other organisation could too.

"While we believe the FBI's intentions are good, it would be wrong for the government to force us to build a backdoor into our products," Cook said. "And ultimately, we fear that this demand would undermine the very freedoms and liberty our government is meant to protect."

Theoretically, giving the FBI access to protected devices essentially means your iPhone would be more vulnerable to hackers.

The outcome of this dispute is going to have serious effects on your phone's data, no matter what way it goes.

popular
Corrie actress Lucy Fallon pregnant after miscarriage heartache
Alec and Hilaria Baldwin welcome their seventh child
Budget 2023: Parents will not have to pay for primary school books from next year
Netflix's true crime series Sins of our Mother is seriously insane
So, William and Harry have a step sister... and who knew?
Don't Worry Darling crew members deny "screaming match" between Pugh and Wilde
Why Are Men so Obsessed With Boobs? The Answer is Pretty Surprising...
You may also like
4 months ago
The iPod has been discontinued
1 year ago
Apple to unveil 217 new emojis, including gender neutral faces
1 year ago
The new iOS 14.5 update will let you unlock your iPhone with a mask on
1 year ago
Apple forced to pay $100 million after admitting they slowed down old iPhones
2 years ago
Apple to begin production on biggest TV show ever produced in Ireland
2 years ago
Apple has banned all vaping apps from the App Store
Next Page