Ashling Murphy's sister Amy has paid tribute to the late school teacher, describing her sister as "the light of our lives and the heart of our family."

As Ashling's funeral is set to take place today and as her family prepare for the hard day ahead, Amy Murphy wrote some heartbreaking words on Facebook last night for her 23 year old sister. END_OF_DOCUMENT_TOKEN_TO_BE_REPLACED

Amy said: "Ashling was the light of our lives and the heart of our family. Sadly we will lay her to rest tomorrow.

"Our family kindly asks that any musicians attending please bring their instrument and play music at lower town cemetery after mass should you wish.

"We would greatly appreciate privacy from media outlets at this time. 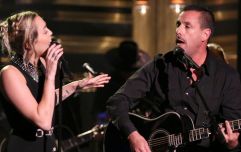 END_OF_DOCUMENT_TOKEN_TO_BE_REPLACED

Ashling's funeral is set to take place at 11am today at St Brigid’s Church, Mountbolus, with a live stream set up along with the funeral being broadcast on RTÉ One.

A guard of honour is also being provided by pupils at Coolanarney National School in Blue Ball where Ashling went to school, where the children will line along the roadside as her remains are driven from her home to the church.

Gardaí are expecting a huge turnout for the funeral and have asked that anyone planning on attending to assist gardaí and stewards with parking as traffic will be directed to a number of locations including Killoughey GAA grounds and green field sites at Murrays and Dalys.

popular
Traditional names such as Mary, Maureen, John and Michael may soon be extinct
Doctors urge women not to follow Kourtney Kardashian's 'semen' fertility advice
Husband of school teacher killed in Texas shooting dies of heart attack
Two My Chemical Romance fans get engaged at Dublin gig in viral TikTok
Two racehorses die after escaping from Dublin field
Bridgerton's Ruby Barker hospitalised amid "mental health struggle"
The 2 Johnnies share unbelievable catfish ordeal as woman 'targets 40 people'
You may also like
6 days ago
Helen McCrory's children give heartbreaking tributes at her memorial service
1 month ago
Safiyya Vorajee gives devastating tribute to daughter Azaylia on the first anniversary of her death
5 months ago
Carlos Marín's ex-wife pays emotional tribute to her "great love"
2 years ago
Nicky Byrne pays a heartfelt tribute to his father on tenth anniversary
2 years ago
Robin Williams' son had a baby and his name is in honour of his dad
4 years ago
Vogue Williams posts touching tribute to her late dad on his birthday
Next Page